Athens neighborhoods, off the beaten track

A few years back, it was a quiet neighborhood with cheap, old apartments rented by students in the nearby Panteion Social Studies University and small local businesses. Koukaki was named after George Koukakis, a business man that in the old days opened his shop, dealing in metal beds, there. One of the oldest neighborhoods in the city, once full of neoclassical houses - with some of them still standing - it used to be called “little Paris” in the past. The place always maintained a rhythm of its own as it was kept hidden from the speeding world by Filopapou hill and the buzzing noise of Syngrou Avenue but at the same time alive, thanks to the students of the nearby University. Being such a cheap and quiet area near the center, it attracted artists who set up their studios and workshops, next to the commercial center of the town, until the economy folded. 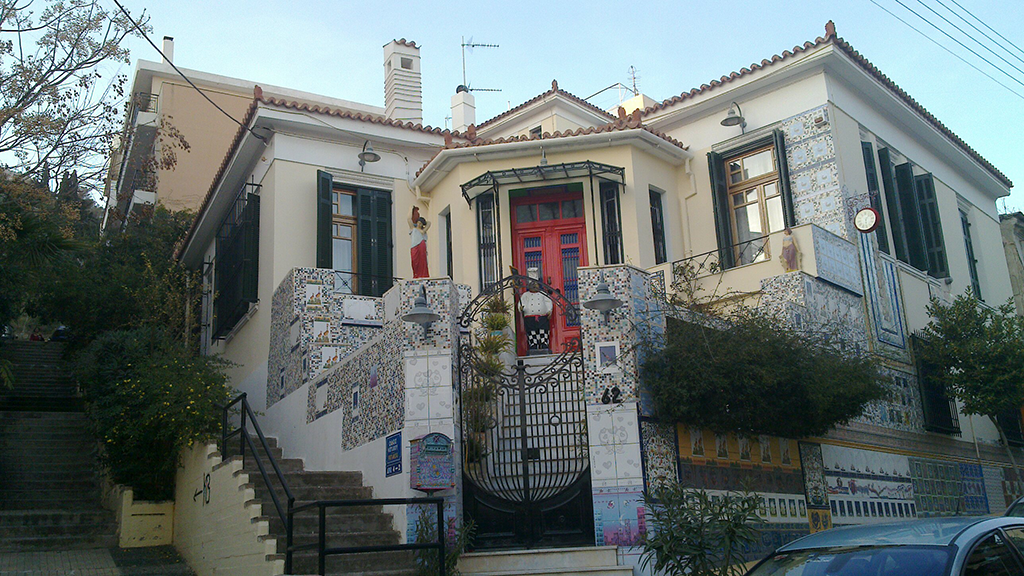 Then, in a rare coincidence, at around the same time that the growing number of empty, deserted ground level shops that had gone bankrupt due to the economic crisis reached its peak, the New Acropolis Museum that had been for years an annoying construction site was shining ready and new, pulling crowds right to the heart of Koukaki and around its metro station. Trendsetters got the flaring message of opportunity, while hipsters and businessmen alike rented every available commercial space and the whole area started buzzing in the blink of an eye. Being a short walk from not only the Museum but also the Acropolis and Filopapou hill, the area soon made it to Airb&b’s top list - at No 6 in the world for 2015! - as more and more visitors found it not only convenient but also charming. After all, the place is built in a more old-fashioned and “human” way, on the gentle incline of a hill, and has many small quiet streets, reminiscent of the old and colorful Athens, which are so pleasant to walk. And at the same time the main roads and pedestrian ways are full of all kinds of cafes, bars, restaurants and taverns covering a wide spectrum - from “traditional” to “post-modern” and from “hipster” to “anarchist cooperative style”.  Empty spaces for rent or sale have disappeared, as articles in international travel and news agencies named it the next big thing and “one of the coolest places in Europe” and people from everywhere on the planet, along with Athenians, flooded the place. Now it’s a little crowded, but still a great place to explore and set up your base for exploring the city. 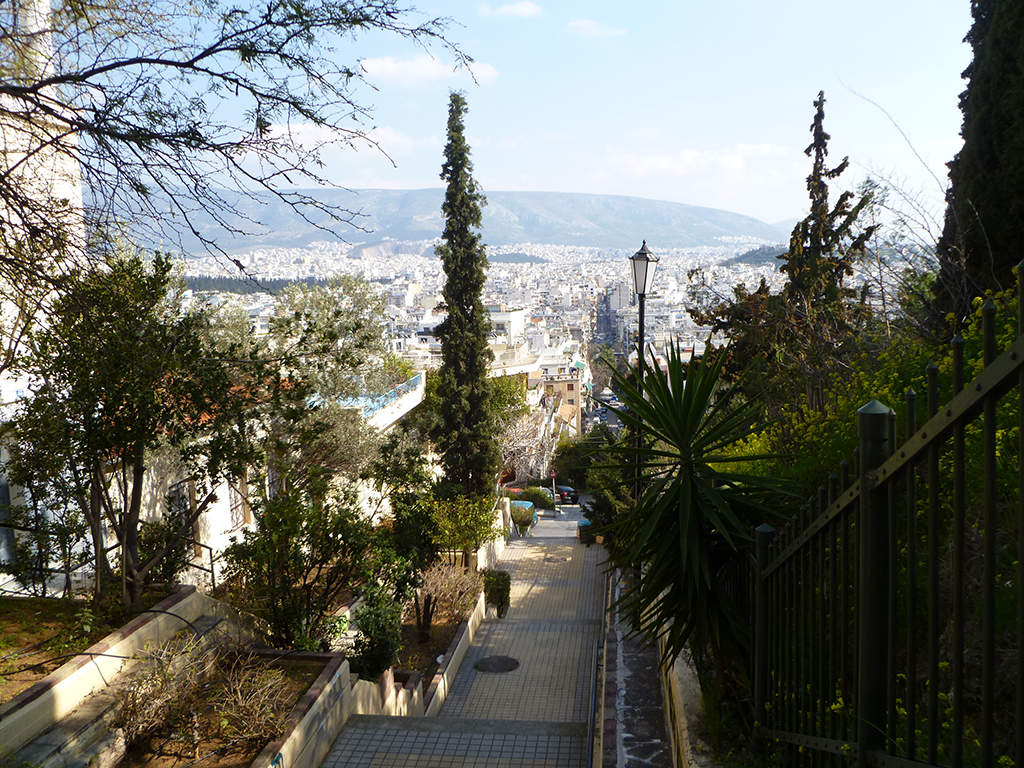 "On the Way to Philopappos from Petralona"Image Credit: Casey And Sonja

West from Koukaki lies its alter ego, the old area named “Petralona”. The name means “Stone Threshing Floors” as this is what it was famous for. Before that it was called “Katsikadika” (which loosely translates to “place with goats”), as before 1925, when according to law it was forbidden for herds to enter the inner city limits, goat herders used to bring their animals there to sell fresh milk. The place was always far away from any main roads and very poor, inhabited initially by workers from the factories on nearby Piraeus Avenue in small stone-built houses; later, immigrants from Asia Minor settled there in a labyrinth of favela-style huts which they had to build on their own and by using whatever was lying around, in order to survive in absolute poverty. All this made a striking contrast to the image of the Acropolis, behind Filopapou hill, which overlooks the place. A contrast which got famous in one of the best Greek movies - in Italian neorealist style - called “Synoikia to Oneiro” (“A Neighborhood named Dream”) filmed on location with the active participation of the locals, before the shack-town got knocked down. As the place was never considered “trendy” most of the old stone- and brick-houses, especially higher up the hill, were never demolished to give way to cement, multi-apartment buildings. So sometime after 2004 the little quiet neighborhood, that was still cheap when housing prices soared, started getting discovered. Old houses got restored and the first small taverns opened in the area around “Zefyros” - the old open-air cinema. They were small joints, in old houses, usually with a small yard and served just a few plates with traditional recipes, but sometimes with a slightly modern twist. Other additions were small cheap bars, warmly decorated and filled with whatever their owners could salvage and with many parts of the old “home” identity - like flooring and old tiles - preserved, mainly because there was no money to replace them. Necessity made those places more genuine and cheap, so they became an instant hit, especially with the young Athenians that were looking for a “neo-vintage” way of calm fun, out of the mainstream. And then, dozens of new places opened, copying the recipe. From small alternative-style bars to full-sized restaurants honoring traditional Greek tastes, they turned the neighborhood around and the whole area is swarmed by people from Friday night to Sunday afternoon. 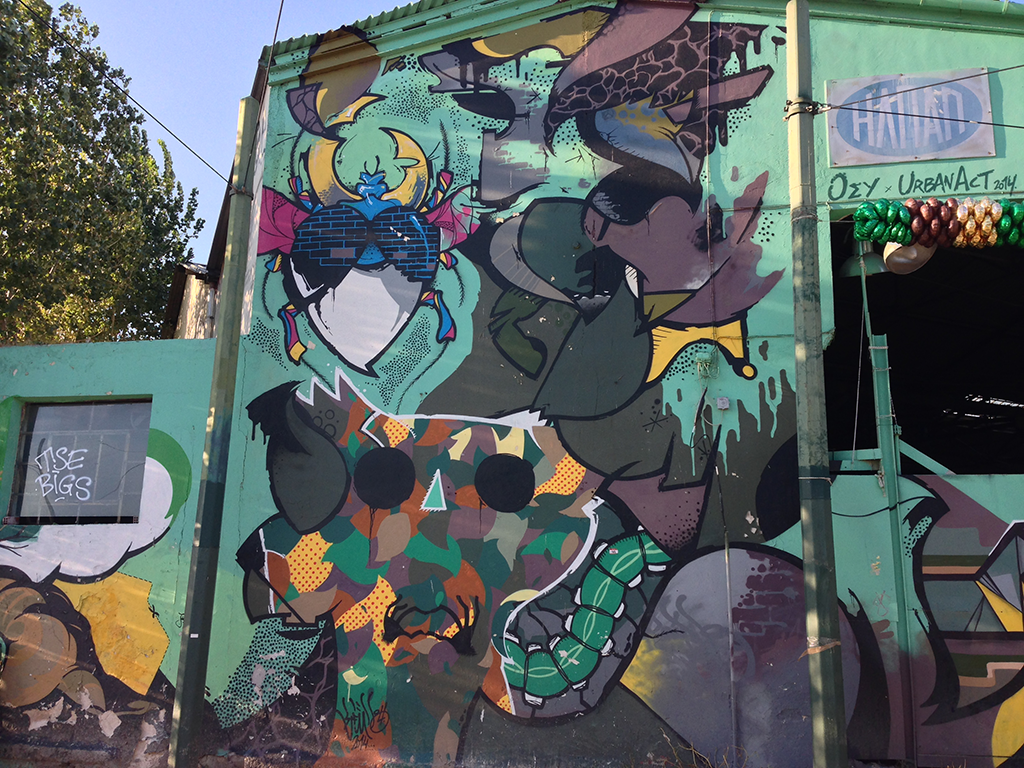 It offers one of the most classic walking tours for visitors and Athenians alike and at the same time it is one of the oldest neighborhoods of Athens. Thission was named after Theseus, son of Aegeas, king of Athens. But it was all a misunderstanding. The area had an ancient temple of Hephaestus, god of craftsmen, as it was full of furnaces and workshops. But the temple was adorned with pictures of Theseus, so the locals called it after him. Ideally, it should have been called “Hephaestion” or something like that, but after all Theseus sailed to Crete, killed the beast Minotauros - with no superpowers other than his wits - so it was ok. And so it remained.

In modern times, the place initially had nothing to offer apart from a road next to the park under the Acropolis. It was picturesque as it had many old houses and narrow roads, but Monastiraki and Plaka next to it had all the glory for decades. Then around the nineties some of the old kafeneio’s (traditional greek cafes) started to crossover to a more modern café/bar style and the place got full of young people. The road leading there from Acropolis was pedestrianized, empty spaces got full of tables and chairs for the Greeks’ favorite activity – sipping coffee and chatting under the sun. Soon after, the street peddlers from Monastiraki and Plaka moved their benches full of bric-a-brac there, live music was performed on the street and tourists started including the place, “where the cool young Athenians go”, to their routes. I remember noticing it the first time we saw tourists at “Stavlos”, a rock live club that started as the king’s stables and then became a public school, or “Kafeneion”, an old café that was the first place that got “trendy” beyond recognition almost overnight. Soon, the main pedestrianized area around Thission got completely gentrified and even its open-air cinema - with its breathtaking view to the Acropolis - got its own tribute piece on CNN as a unique experience.

Its mainstream attraction will always be Areopagus Hill (Mars Hill) and the route that follows Dionisiou Areopagitou Street (under the Acropolis) towards Thission train station and Monastiraki or Psiri through the wonderful Apostolou Pavlou pedestrian road. But if you steer away of the main roads with the expensive tourist traps and the Acropolis views, you can still explore a piece of the old town, with small genuine places where the locals still eat, drink and have fun.