Fish is one of the main staples of the Greek diet, where fishing, from the small boats or “kaikis” that one sees dotting the horizon early in the morning or with their lanterns lighting up the night, to the big trawlers or “trahandiris,” supplied a steady supply of a variety of fish.

Over the years however, overfishing unfortunately resulted in diminishing the supply of available fish. Aqua culture has addressed this problem to a certain extent but as Greeks continue to love and demand to eat the produce of the sea, there has been a revival of curing fish when they are in season in order to preserve them for later use.

This practice goes back to older times before refrigerators and chemical preservatives came into use to preserve the fish. And the various methods or recipes have resulted in much sought after Greek dishes. 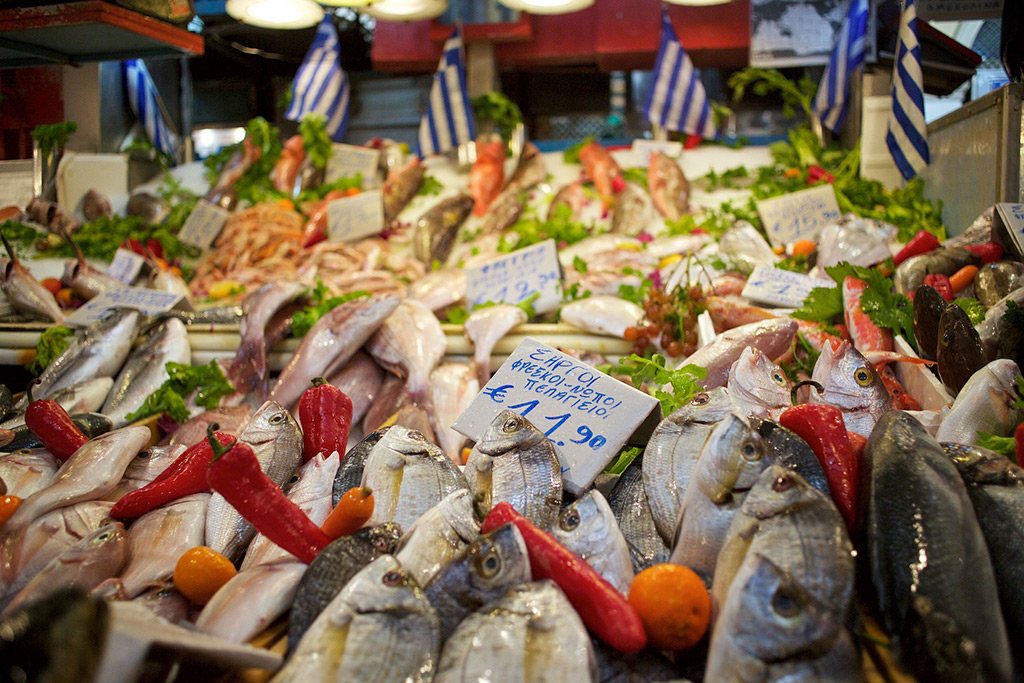 One of the most common and easily available dishes or “mezes” is the “gavros xydatos” or marinated anchovies in vinegar. One takes the small fish, cleans and removes the head and bones, and adds salt and some garlic. They are left to be cured before adding the vinegar or lemon juice in some instances, to complete the curing process, at least for 12 hours. They are then sprinkled with oregano and covered with olive oil. They are then ready to be eaten, sometimes on toasted bread or rusks and enjoyed with a glass of white wine, ouzo or tsipouro. 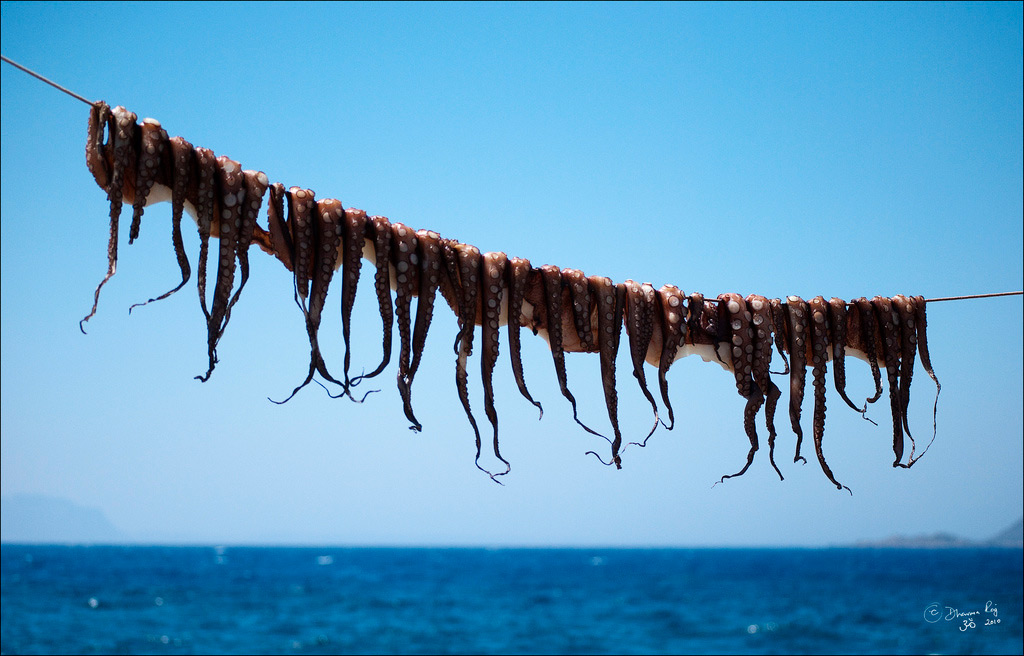 Another favorite meze is the “htapodi xydato” or octopus tentacle in vinegar. The octopus is prepared by boiling it gently in its own juice until tender before adding vinegar, laurel and peppercorns. When ready, it is chopped into bite sizes and put into jars with olive oil, salt, oregano and vinegar. Adding capers, garlic, or pepper corns is optional.

A third meze option which is particular to the island of Kalymnos is Spinialo. It’s a delicacy traditionally prepared by the sponge divers of Kalymnos and eaten during their long fishing trips. They would dive and identify these shellfish anchored to the surrounding rocks, clean them from the outer shell and seaweed to reveal the yellow/ orange flesh inside. Once cleaned, it would be preserved in seawater and stored in old retsina bottles. It could then be eaten on rusks with olive oil and lemon. Due to its strong iodine component, it is an acquired taste, but worth the try. 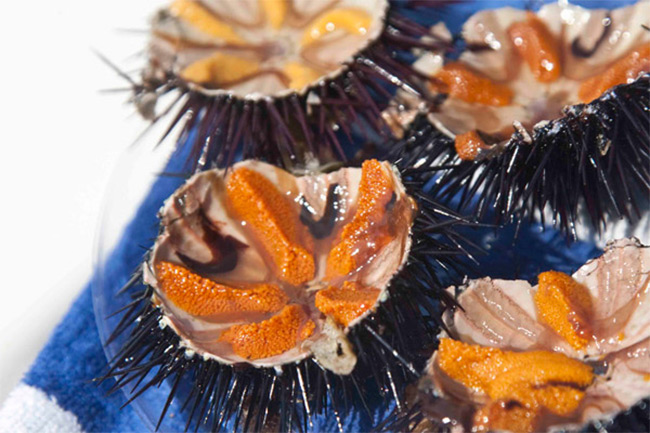 A favorite of connoisseurs are sea urchins, which one can find increasingly in more menus of fish restaurants. It is eaten raw with a dash of lemon juice or these ‘eggs” are prepared in a combination of olive oil, diced spring onion and lemon marinade to be enjoyed with slices of toasted bread.

There are many more examples of cured and marinated and raw specialities that are particular to the different islands and coasts of Greece. They offer an alternative to grilled or cooked fish which cater to sushi lovers as well as people who seek the unusual, but with a definite Greek twist.