It is well known that meat is high on the list of foods preferred by Greeks. One has to only walk down any Greek street to find ‘souvlaki’ or ‘gyros’,(skewered meat or meat on the pit) sold practically on every other corner. But it was not always like this.

In the old days, meat was a rarity, only served during special occasions and holidays, with pulses and vegetables comprising the main diet. It is only after the war, in the 1950s-1960’s, that Greeks were able to afford to eat meat on a regular basis. This in turn, led generations brought up with the notion that if a meal did not have meat, it was not considered a meal. 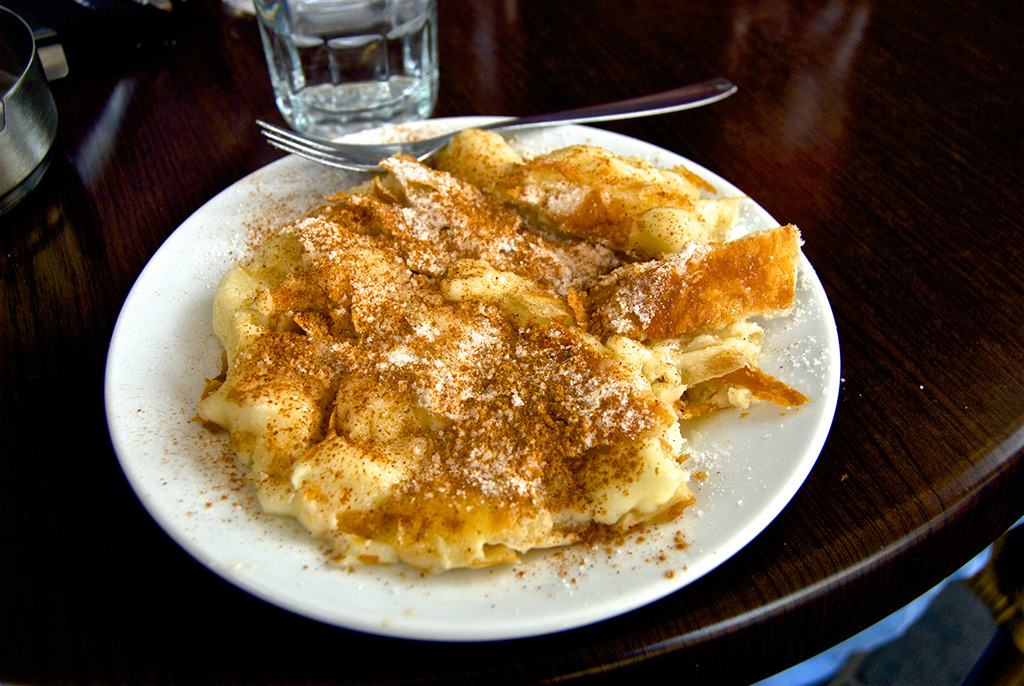 However, a growing awareness of health concerns and the global popularity of the Mediterranean type of diet have led to a deeper appreciation of alternative choices to meat as well as a return to traditional vegetarian dishes. 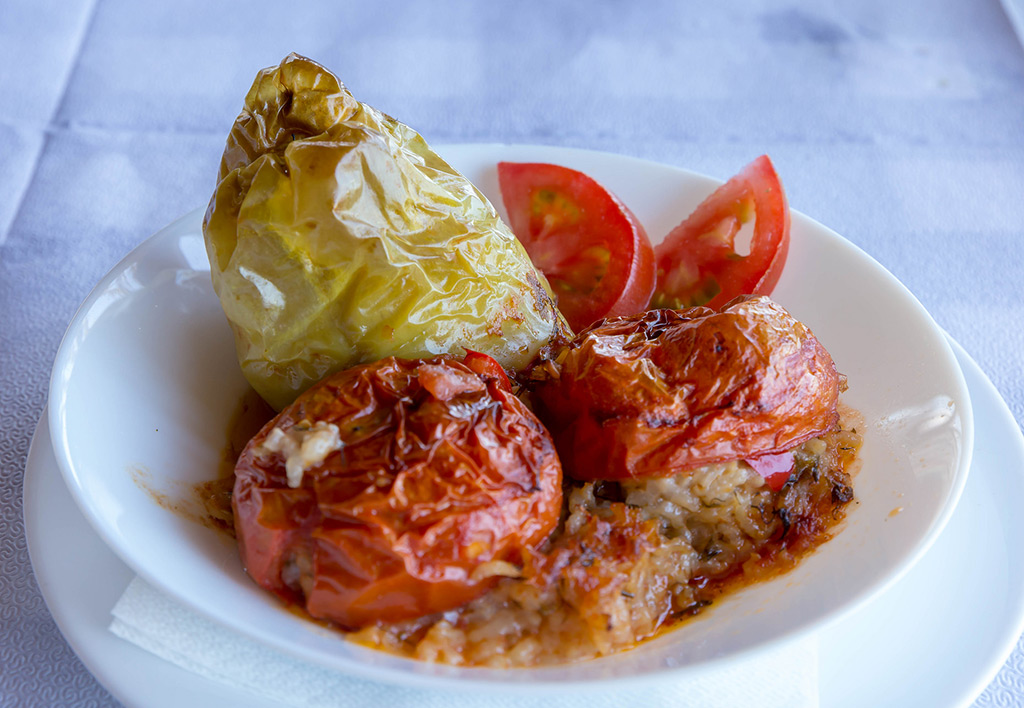 Eggplant is one vegetable that reigns supreme in Greek cuisine as it lends itself to different and varied recipes. ‘Imam Bayildi’ (the Imam Swooned, from sheer appreciation it is said), is prepared by making a hollow in the middle and filling it with a mixture of onions, diced tomatoes, garlic and parsley and olive oil and cooked in the oven. It is usually served at room temperature. ‘Papoutsakia’(Little Shoes) can be prepared without the meat, with an incision made on the side of each eggplant and filled with onion, tomatoes and cheese and turned with the opening facing up. It is then sprinkled with béchamel sauce and cooked in the oven. ‘Gemista’ or vegetables such as tomatoes, green bell peppers, eggplants and zucchini are emptied of their flesh and filled with a mix of onions, tomatoes, parsley and the flesh, and are placed in a tray side by side and are covered with the cut tops, drizzled with olive oil and grated cheese and cooked in the oven with potatoes cut in small pieces. They can be eaten hot or cold with a feta cheese accompaniment.

‘Dolmadakia’ or rolled vine leaves stuffed with rice and a choice of onions, raisins, pine kernels, dill, and parsley, mint and lemon juice require dexterity in wrapping each leaf with enough stuffing to ensure taste while making sure it keeps its shape during cooking. 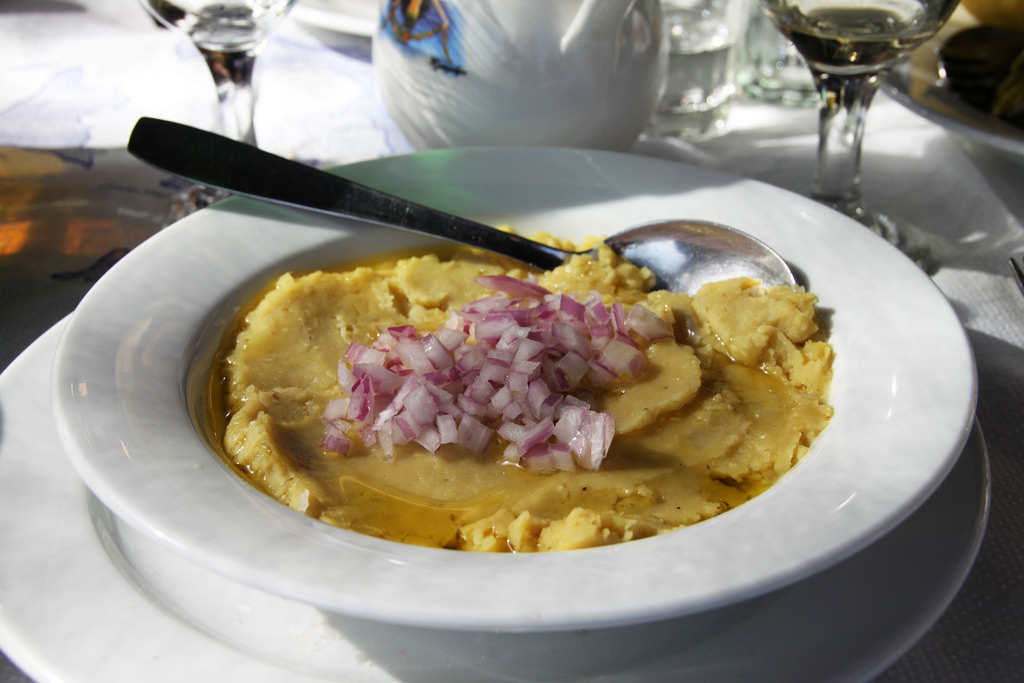 Every visitor of course knows one traditional salad called ‘Horiatiki’ (Village salad), better known as Greek salad with its medley of tomatoes, cucumbers, onions, olives and feta cheese drizzled with olive oil and oregano. It sometimes can constitute a meal in itself.

To sum up, Greek vegetable dishes fall into three categories: Legumes, ‘Ladera’ and ‘Fried.’ Legume dishes include such favorites as ‘Fakes’ or lentil soup, ‘Fasolada’ or bean soup and ‘Revithada’ or chick pea soup. ‘Ladera’ also include peas, okra, spinach, green beans and artichokes cooked in oil with onions, tomato sauce, potatoes or rice. Popular among the Fried vegetables are ‘Kolokithakia Tiganita’ or crisply fried strips of zucchini best eaten with tzatziki(yoghurt and garlic dip); Zucchini or Tomato patties or balls and ‘Kolokithokorfades’ which are the flowers of the zucchini filled with rice and onion and dipped in batter and fried.

This is but just a small introduction to Greek Cuisine, and Vegeterian Greek Cuisine in particular presented here to whet your appetite.

As we say in Greek, ‘Kali Oreksi’!