Truth be told, it could be the set for a futuristic film or trippy video clip. But it is real and it has been there for millions of years, overlooking the, otherwise ordinary, town of Kalambaka. And there they are; not one or two, but twenty-four gigantic, pillar-like sandstone rocks standing next to one another, reaching up to 400 meters high. Unfortunately, no photographic effort has yet captured the full majesty of the place, the breathtaking 360°-scenery of a rare geological phenomenon. 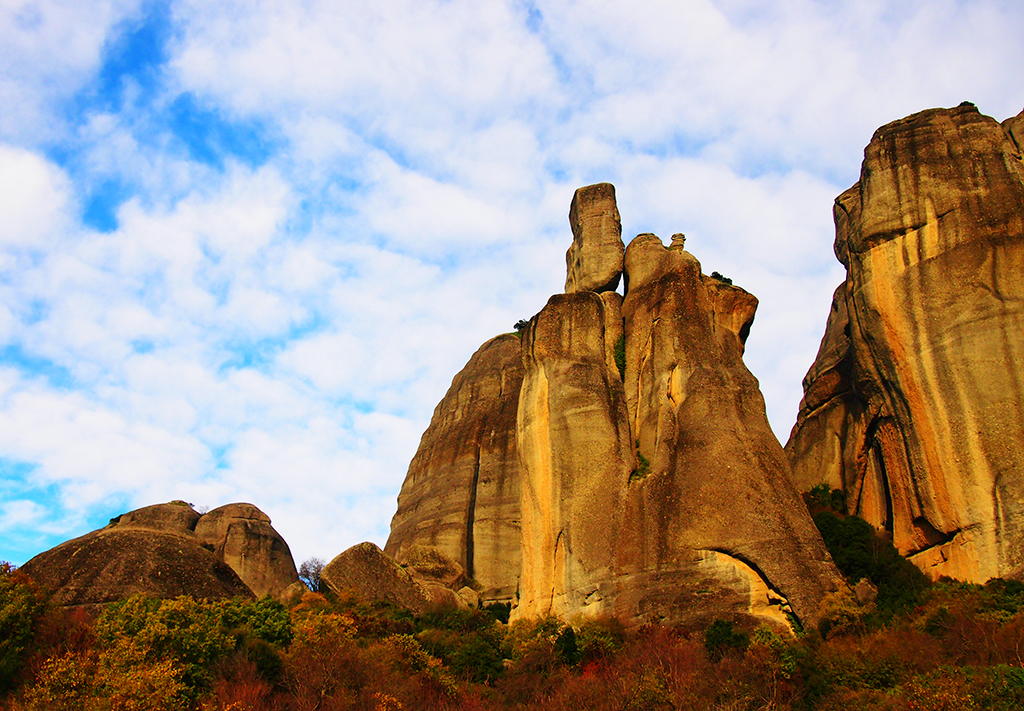 Many theories have been proposed in order to explain the creation of this rocky wonder. The most widely-accepted one stipulates that the whole area was once covered by sea. As the sea-bed started rising, the draining waters dragged with them the sediment, exposing the rocks. Then the wind and the rain took over, eroding them over the centuries, to give them their striking, smoothly rounded – as if by sandpaper – surface. 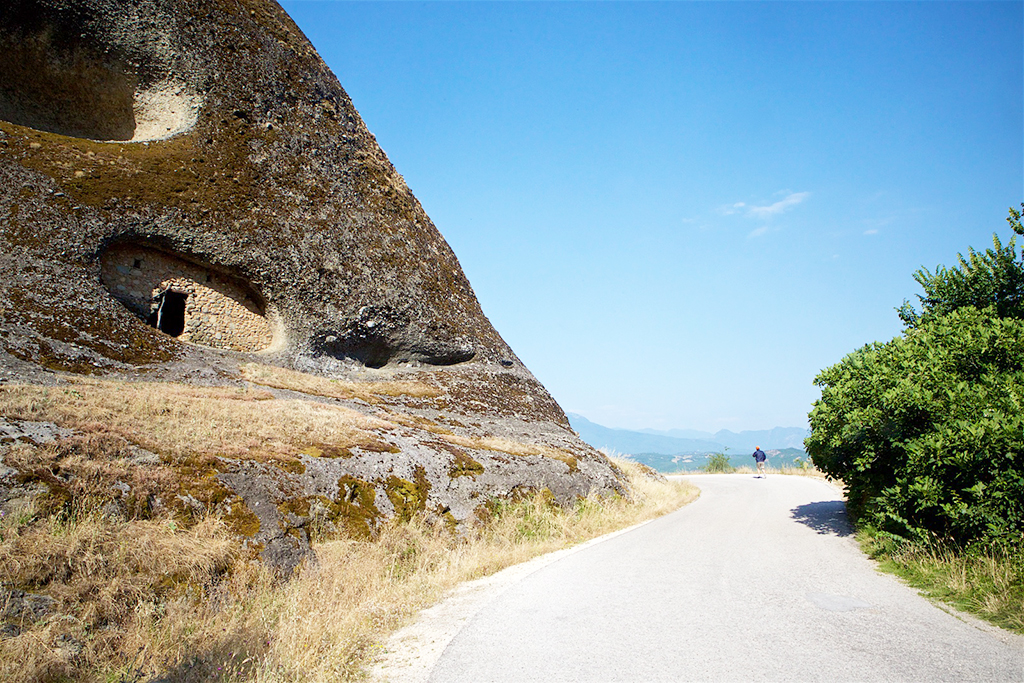 The overall atmosphere and allure of this magical location is not only due to the geological formations. The various monastery cloisters, each one perched improbably on top of one of those unique rocks, add a whole new dimension to a prospective visit.  Hanging over the surrounding plains as if ready to fly away into the blue sky, they offer a rich cultural context to the experience, marrying the wonders of nature with those of man. 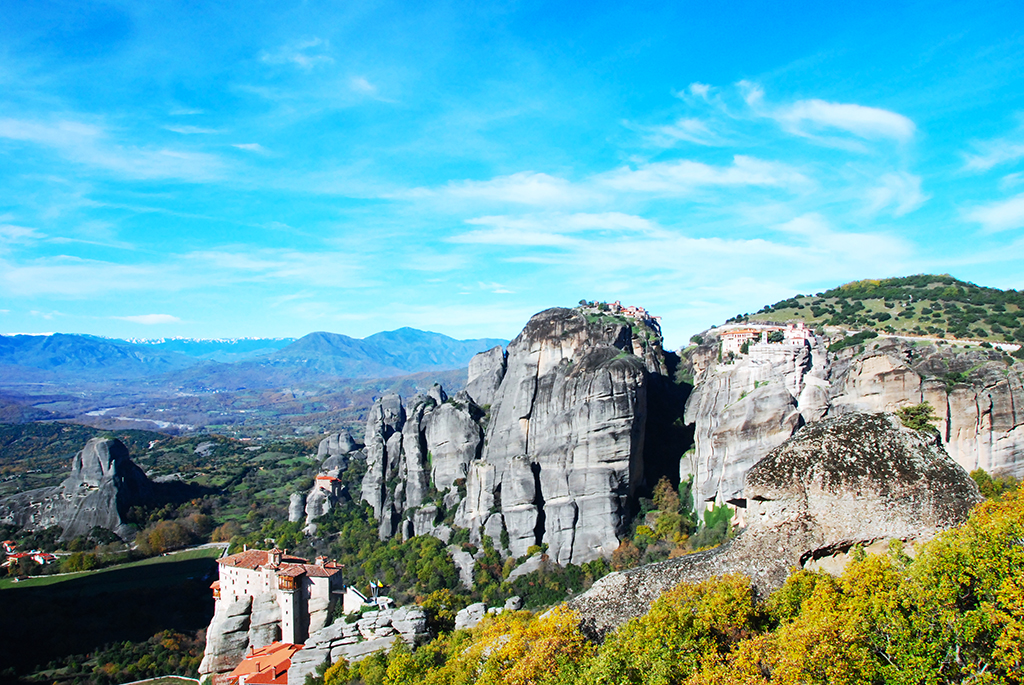 In this UNESCO World Heritage Site the monks still say that the first hermits climbed there bare-handed and built their humble cells to get as close as possible to the heavens and God and as far as they could from men. Undeniably, a life that offers daily views from these rocky tops must have been a transcendental experience. But, in reality, this natural fortification was an ideal location for monasteries to thrive, in the midst of the Turkish-governed area, maintaining Greek-Orthodox cultural identity through the ages. The only problem was that everything had to be carried up and down the rocks with ropes, nets and winches. On the other hand, at the first suspicion that the enemy got too close for comfort, the ropes, pulleys, baskets and ladders that were used to lift worshippers and supplies up to the monasteries were lifted away and the monks would just wait out until their assailants would lose interest. 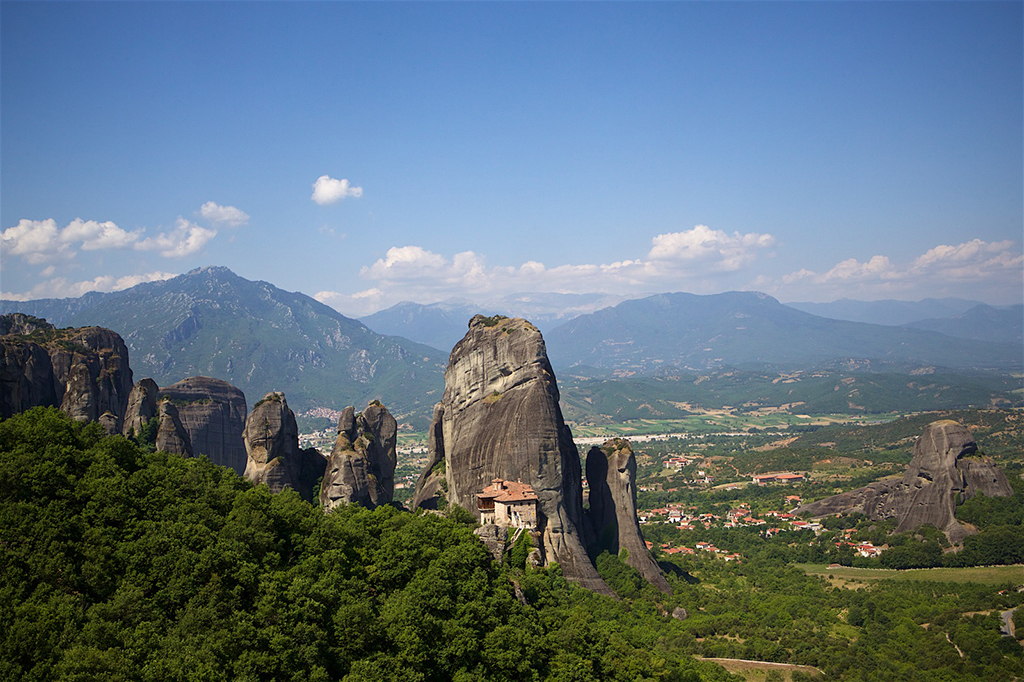 Six of these monasteries are still standing; the Holy Trinity Monastery; the Holy Monastery of Great Meteoron – the biggest and oldest of them all, it has three chapels and a library full of books and manuscripts; the Monastery of Varlaam is the second largest, and has been turned into a museum where you can find impeccable religious icons; the Roussanou Monastery – arguably among the most impressive – built at a lower altitude than the rest, thus more accessible, along with St. Stefan Monastery and St. Nikolas Monastery. The Holy Trinity Monastery is the hardest to reach but offers the best view. 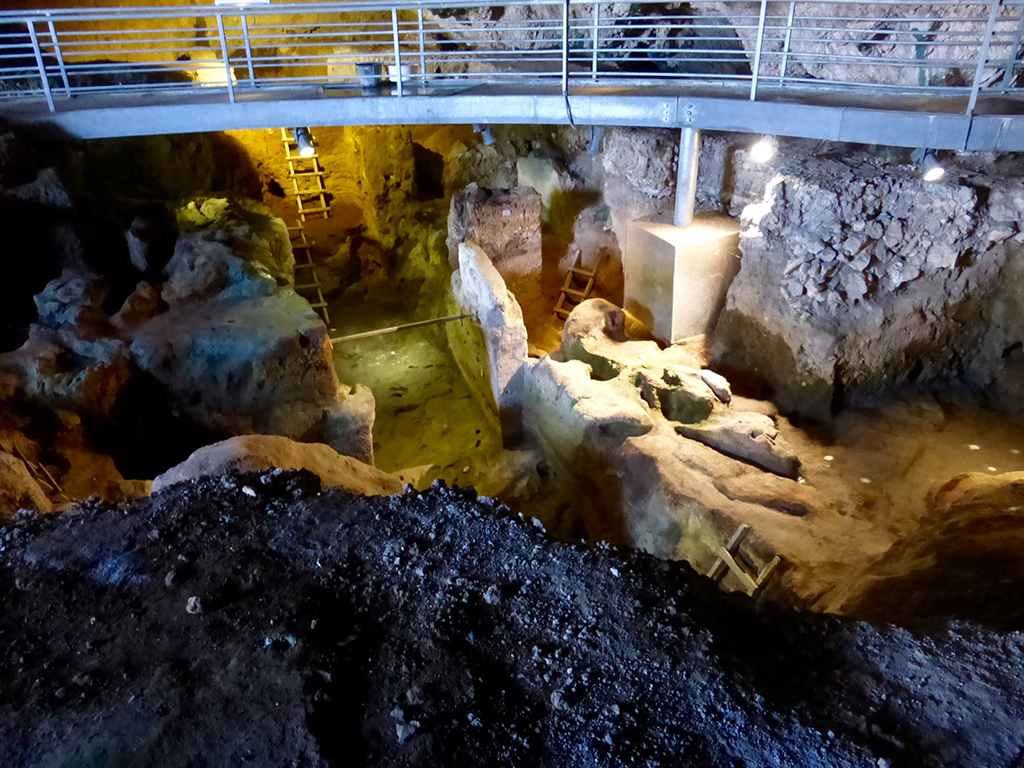 Other places to visit in the area

Apart from the monasteries the various sites around the base of the rocks and the roads around them are wonderful. The famous multi-arched 16th century stone-built bridge of Sarakina lays 8 kilometers from the city of Kalambaka. Just four kilometers away, you can visit the impressive cave of “Theopetra” with a natural main hall of 500 square meters. The transition from Neanderthal to Homo sapiens is indicated in the layers of soil, and remarkably one of the world's oldest known man-made structures lies at the cave entrance: a wall believed to be 23,000 years old. It's a phenomenal attraction that anywhere else in the world would be enough to warrant a visit to the area, yet this cave is often overshadowed by the even more impressive and awe-inspiring buildings nearby. 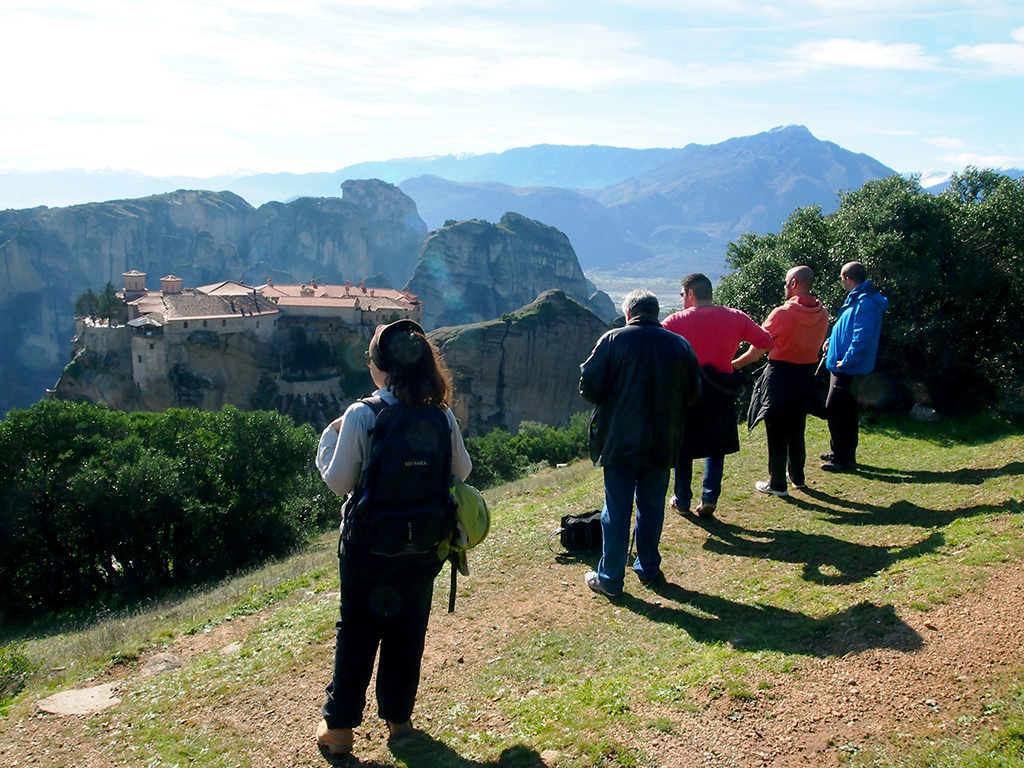 You can also enjoy the beautiful hiking trails, on foot, horseback or from the saddle of a mountain-bike. And of course you can try rock-climbing on the sides of the same rocks that take your breath away, as no other adrenaline hunt offers such views. Just remember to pack suitable gear and outfits, leaving room for a camera. To be honest, if you ever considered taking up photography, Meteora is the time and place.