Then, you can take a walk to Vikos Gorge,  with its breathtaking views and unique plants, once home to druid-like spirit-doctors that healed people with rare herbs they gathered there, or go on a 4-hour hike up to the Dragolimni (yup it means Dragon Lake) an Alpine magnificent small lake inhabited by little tritons, on top of Tympfi mountain. And live on a diet of homemade pies, local free-range meat and fish fresh from the river. Oh, and tsipouro spirit of course. 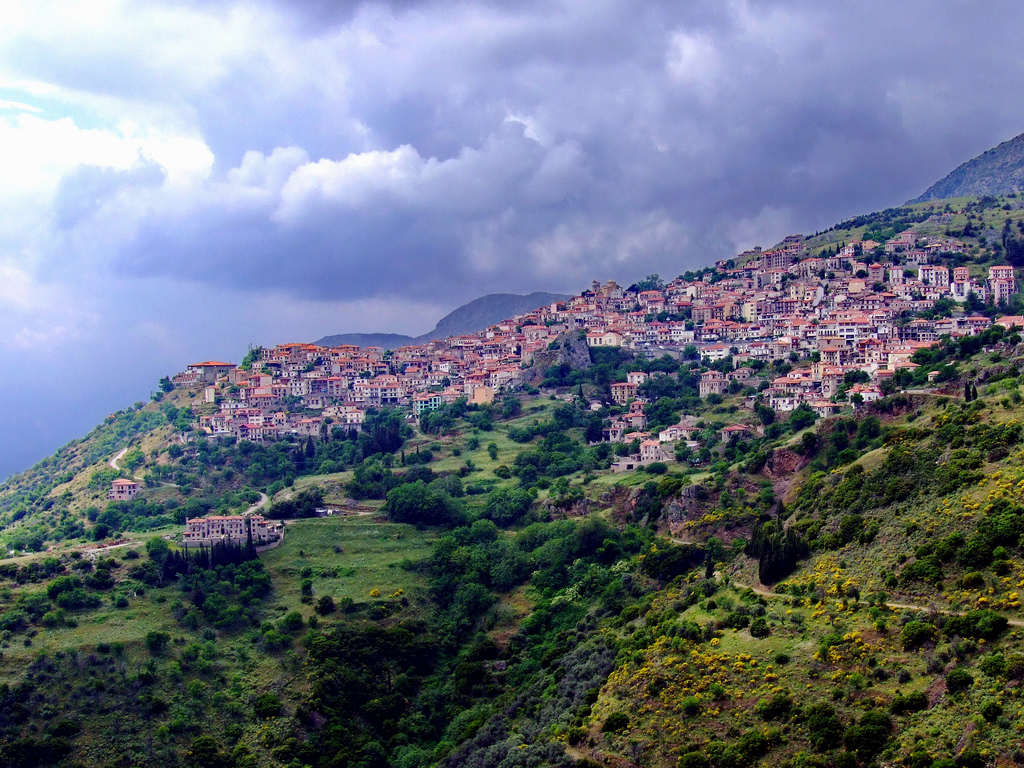 Have you ever heard of Mykonos? The Greek island dedicated to constant partying and jet-set gatherings? Where the Greek and international “it crowd” goes to fry their bodies under the sun and then shake ‘em to the latest beats? Have you ever wondered where the partying moves to, during the winter? Well, that’s where Greeks – but also some knowing foreigners - go. Arachova or “Mykonos of Snow” as some call it- used to be a small picturesque village up in the snowy Parnassus mountain. The nearest ski resort to Athens, (less than a 2-hour drive) it evolved into Greece’s winter party destination, a place where you go to ski or snowboard during the day –or just get a suntan watching the crowds- and party all night. And when you get a little tired of all these, just take a half hour drive to the west and visit the serene ancient Sanctuary of the Oracle at Delphi and try to find out why the ancient Greeks considered it the center of the world (hint: it wasn’t the partying). 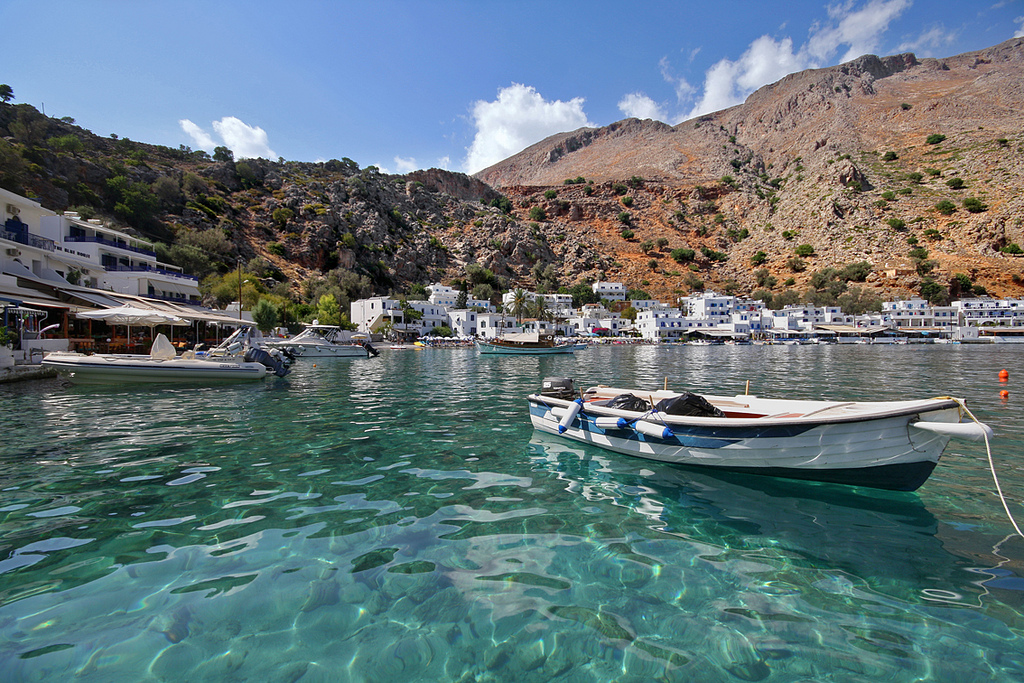 Are you freezing? Open a map. Find Europe, then look South (south-east to be exact) and you’ll find Greece, with Athens in the middle. Now go south from there, to the most southern large island you can find easily on the map and there you are; Crete island. Home of the first European civilization called “Minoans” and with the monuments to prove it in Knossos, it’s the southernmost part of Europe before you reach well… Africa. It is also the warmest place in Europe. A pretty big island, with no “off” season, it offers a minimum of 300 sunny days a year. At its southern coast – yup, facing Africa across the water – swimming is possible during 9 or even 10 months of the year and this, along with the fact that 5 million tourists swarm in the place every July and August, makes a winter, autumn or spring visit a more sensible choice. Oh, and it still has everything from wonderful beaches and palm trees to high snow-covered mountains. 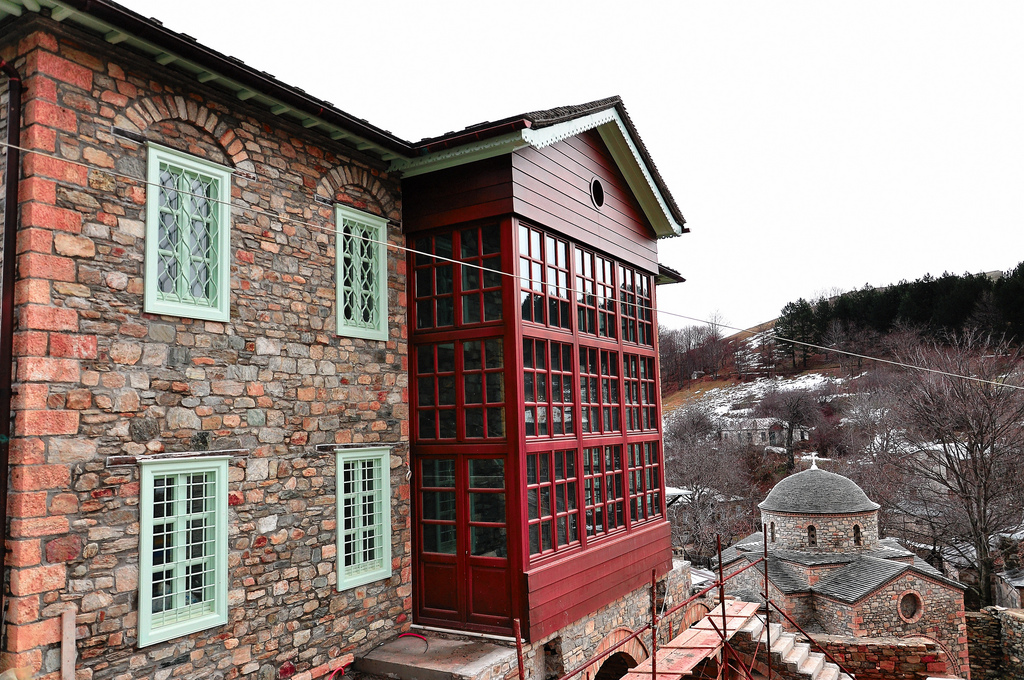 Near Greece’s northern borders, on the oak forest-covered mountain Verno, there is a wonderful small traditional village called Nymfaio, with a few hotels, restaurants and bars. It is the one place in Greece where you and your kids can safely see brown bears and wild wolves living in two separate sanctuaries - 150 acres in total - as close to their natural living conditions as one can provide. The Arcturos wildlife preservation organization that runs the two sanctuaries, also offers guided tours and environmental education seminars for kids and adults. And the place is ideal if you want to further explore the region as it sits in the middle between Kaimaktsalan ski resort (2-hour drive), the fairytale beautiful national park of Prespes lakes and the wonderful city of Kastoria (around an hour’s drive each), both perfect for tours around breathtaking lake scenery or even a visit to hot steaming spas. 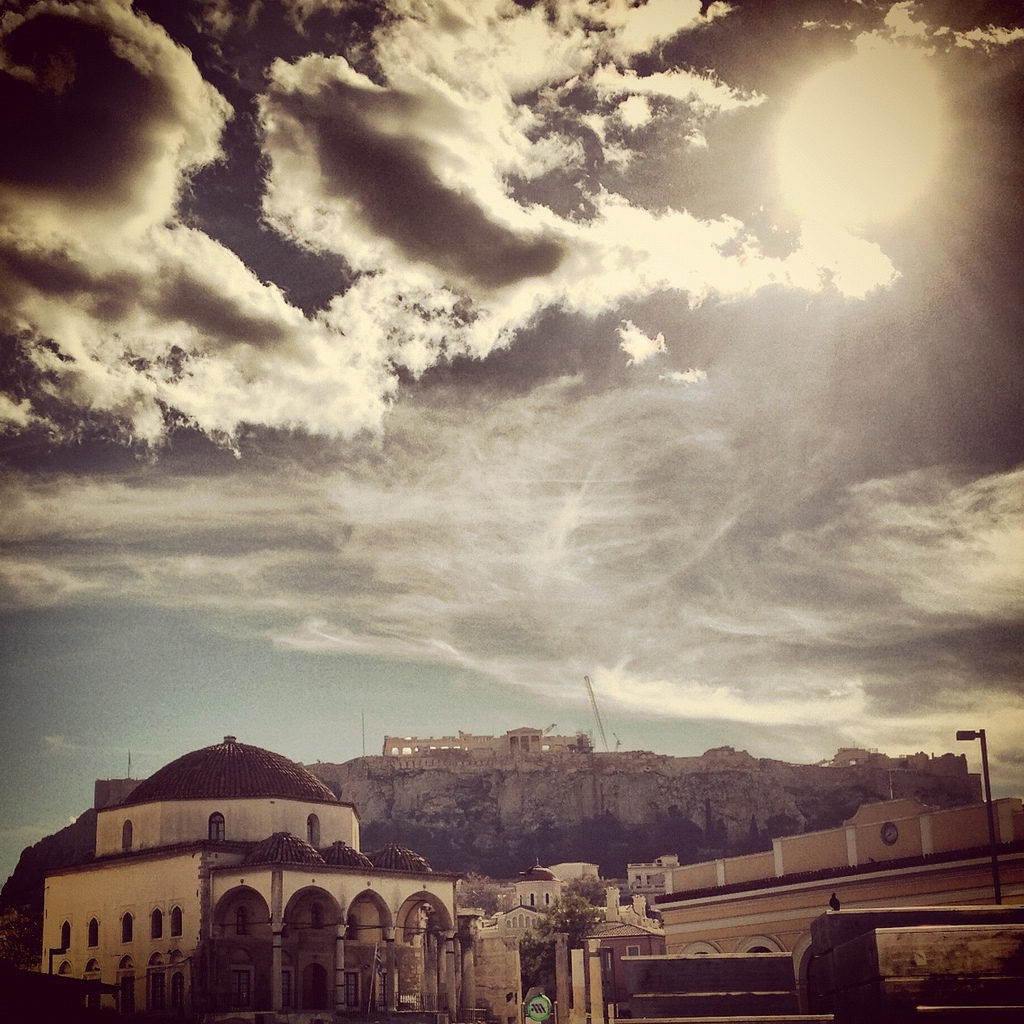 Obviously, since it would be hard to get to the country without passing from its capital, at least to get a glimpse of the Acropolis. Then, it would be even harder not to visit the new Acropolis Museum. These two things alone are enough to get you hooked - along with a good tour guide - on any museum and archeological site the city has to show. Add the constant seduction by Greek food and wine on top; throw the shopping opportunities of a real metropolis and the experience of living like a Mediterranean local in the mix, with long coffee breaks in the sun and a kicking nightlife and please don’t ask us how many days you should stay. On the other hand, Athens is the gateway to all the islands in the Aegean Sea and a travel hub like no other that can take you literally anywhere inside the country.