Although having a rich history in Ancient Greece, homosexuality has had a controversial journey to today.

Greece, known for its openness and freedom of speech, has known a few predicaments. Even though same-sex civil unions were legalized in 2015, not everyone has followed in accepting the union. Big cities and popular islands are easy going, but when travelling to remote villages across the country, it is advised to be discreet.

Greek church and neo-conservatism may be responsible for many raised eyebrows, but it is balanced with the typical laid back stance in life; along with the wild anarchist hidden in every Greek, and the welcoming with open arms, take the edge off.

The city that never sleeps, with a flourishing LGBT scene.

Mainly focused around the city center of Athens, one is able to explore the gay bars, theaters, and clubs very easily. With the “epicenter” being the neighborhood of Gazi, (Metro station: Kerameikos), a very up and coming area full of life, and all the alternative choices one could wish for.

You then have the more sophisticated hub in Agias Irinis Square, (Metro station: Monastiraki). Considered the hipster’s hangout, offers many bars, restaurants and shops to everyone’s liking.

There are many areas in the city center, including the northern and southern suburbs, that offer you to have a magical time. During the summer months the clubbing scene moves to the southern suburbs of Athens; along the coast, just a step away from the sea. With breathtaking views and the best vibes to drive you all night long!

Mykonos : Where Anything Goes! 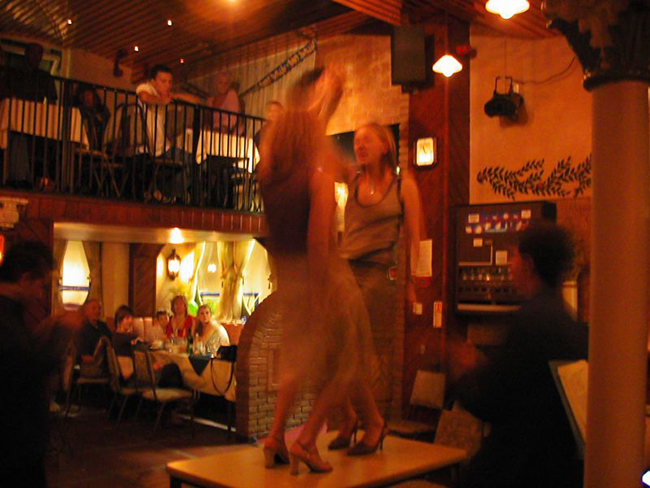 The mecca of gay travelers, jet setters, and party people alike; this small picturesque island in the Aegean Sea is one of the first places worldwide to be openly hospitable to people of every lifestyle and sexual orientation. Only a few other places have been  linked to parting, luxurious indulgence, bliss, and fame like Mykonos has. Since the 1960’s, nobody raised an eyebrow whether you wanted to go skinny dipping, share an intimate kiss in the middle of the street, or have an extravagant wedding party.

But one must acknowledge that Mykonos gained most of its popularity, and“Spot on the map”, from the famous gay bar Pierro’s.

Although the main bar has closed down, (the upstairs café is still open), Pierro’s was the place to be for more than 3 decades. People were coming in from all over the globe; everyone and anyone was there. It was the place to be, regardless of your sexual orientation and gender.

With an organized gay nightlife, upbeat gay bars and clubs, gay-friendly beaches, hotels and a gay festival, all just a 3-5 hour boat trip or 45mins plane ride away from Athens!

“Whatever happens in Mykonos stays in Mykonos”, will remain the moto for all who come and have been, to this magical island!

Lesvos : Birthplace of Sappho the Lesbian 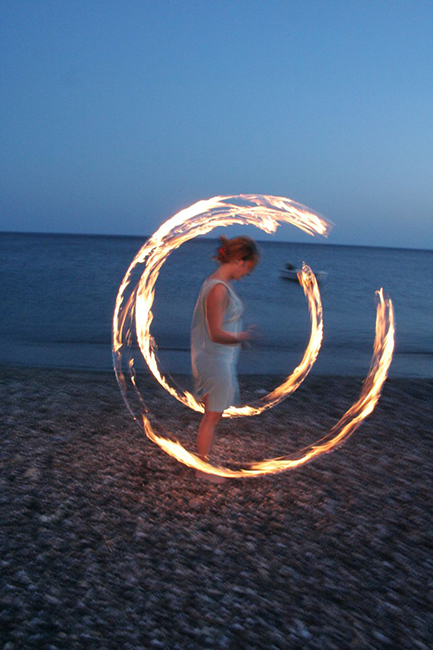 Lesvos, and more specifically Eresos, is a getaway destination for lesbians worldwide dating back to the 70’s, which the local community has embraced. Along with the lesbian bars and clubs, there is a lesbian festival, which is held each September with its own workshops, performances, excursions and fashion shows.

It truly is a remarkable visit!