Greek and coffee; A love story

It has been, and perhaps not unjustly, that the Greeks have a tomb, addicted to iced coffee. As a non-Greek friend made his first visit to Athens, "everyone always seems to have a plastic or plastic glass, a plastic sheet and a brown and sparkling liquid!"

It does not matter where they are or what they do: relaxing in a café or driving a tractor, selling fruit at a farmers' market or speaking to a group of students in a seminar room.

The Greeks and coffee fell in love for the first time in the Ottoman era. They have been devoting for centuries to centuries, sitting and chatting around very small cups of mixed coffee from Arabia.

American instant coffee and French filtered varieties have added new life to their love affair with coffee, but everything changed when two little things were added: ice cubes and straw!

Legend has it that everything started with an "accident", a bit like those typical love stories where future lovers collide. In 1957, at the Thessaloniki International Fair, the largest city in northern Greece, Giannis Dritsas, a representative of the Nestlé company in the country, exhibited a new chocolate drink produced instantly by mixing it with milk and in 'stirring. a shaker. One of his employees, Dimitris Vakondios, wanted to enjoy his instant coffee with a Nescafe during one of his breaks but had no hot water. Addicted to coffee like any other Greek, he poured instant coffee, fresh water and ice cubes in a shaker, tasted it and ... a "here! I made coffee without fire! The moment had entered the story. Of course, a straw was as essential to the invention as the axle of the wheel, because this coffee was covered with a thick and sticky foam resulting from all the shaking. 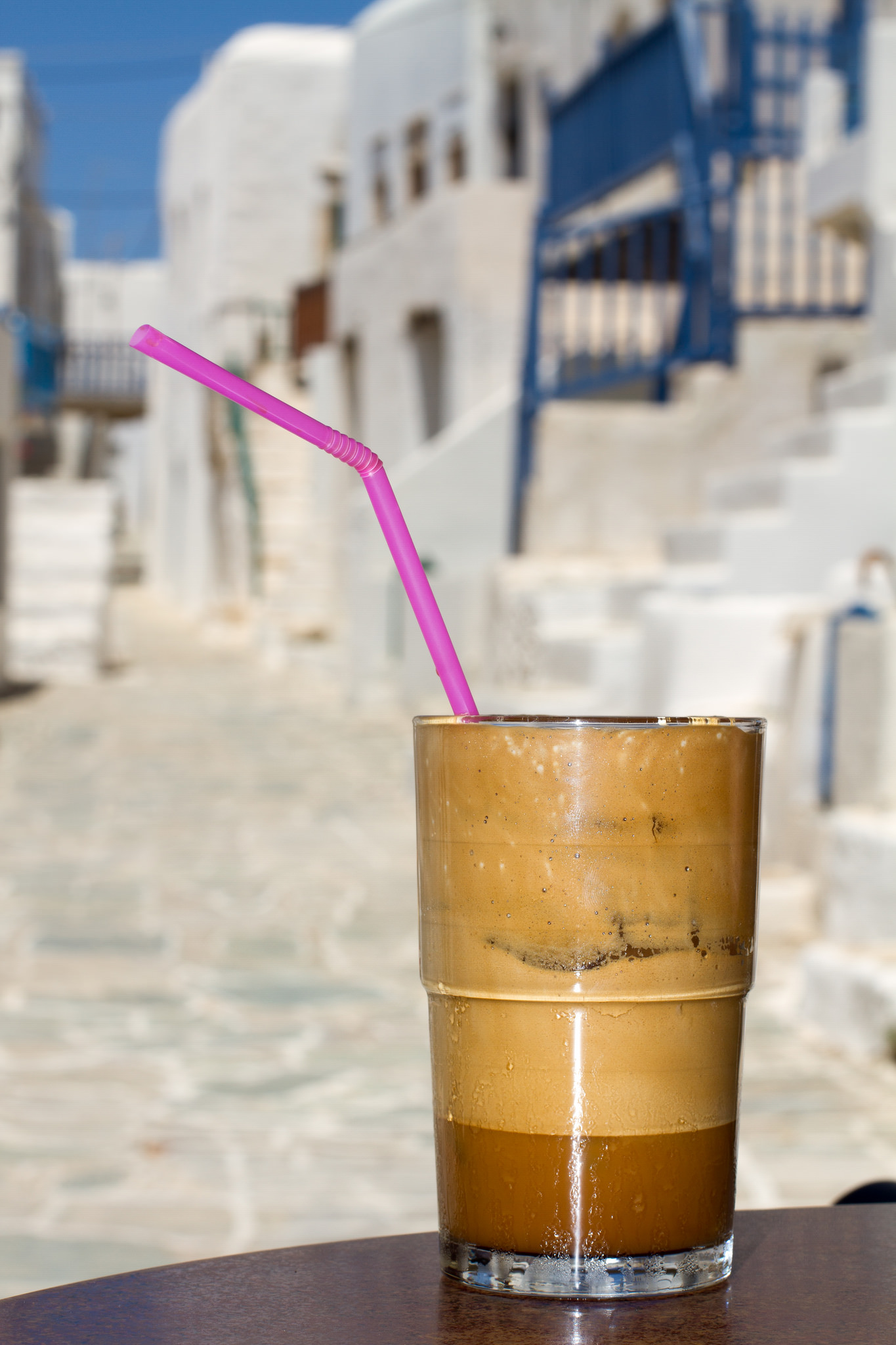 The milky option was added later, with a French name to give this idea simple sophistication and elegance, so the French term for "shaken" was called "typing".

The idea was immediately successful and the reason was simple. He combined the taste and "kick" arousing coffee with a refreshing and thirst-quenching service temperature that made it perfect for a country flirting with heat waves 4 months a year. And since it required nothing more than a shaker and a straw, it was the most practical way to make coffee ever invented in the history of humanity!

Soon, "smudges" were served everywhere and some people even created myths about secret ingredients - like raw eggs beaten to produce the creamiest texture, and so on. - which would have been used by "kafeterias", the modern version of the traditional "kafeneion" (coffee). In the 80s, young Greeks began to enjoy all year round, to distinguish themselves from previous generations, who drank only "hot" coffee, such as Turkish coffee or coffee "hellinikos" (Greek).

Many workers, from office workers to truck drivers, adopted it because it was easy to manufacture

- especially since disposable plastic kits containing something other than water had been thrown - and that could be enjoyed at work, on foot or even at the wheel, thanks to the straw.

Back to our coffee love story now. Decades later, time had weighed on the relations of the Greeks with their "strikes". New trends have come from abroad and every year more and more people are turning to coffee and cappuccino. Some even said "hit" as "outdated". But the thirst never ends under the sun of the Mediterranean, so they finally turned to hybrids "hit".

So today, you check out the menu of a café and discover a complete list of popular cold coffees; Espresso or cappuccino "freddo" which are the cold version of these Italian coffees. The espresso freddo is a normal espresso shaken with ice and the only foam you get is this one. A straw is obligatory. Freddo Cappuccino is practically the above top topped with foamed milk cream and maybe a hint of cinnamon on top. Then we arrive at "Fredoccinos" and "Frappuccinos" - a chaotic zone; they are practically hybrids between cappuccino, espresso, milkshake and shakes, because they "shake" these Italian coffees with ice cubes and garnish with frothed milk, or freshly made whipped cream, often mixed with syrups or even portions milk shakes, then sprinkled with everything from cinnamon to chocolate truffle or even bread crumbs.

Order them as ice cream and specify sweetness, cream, toppings, syrup, etc. Just keep in mind that they are known to have secretly killed too many diets.