Enjoy a private excursion to Delphi and discover the hidden treasures of the area
Once believed to be the center of the world and the site at which Apollo spoke through his oracle, Delphi is definitely a must-see.

Athens Insiders are happy to share their knowledge of the area with you and design an unforgettable excursion including many optional stops!

Please note that all our tours are Private, thus some of them are directly bookable for later dates because they are subject to availability. If you wish to book a tour at an earlier date please use the “send inquiry” form.
Inclusions
An 11-hour (~approx) private excursion including:
Exclusions
Your excursion starts early in the morning with us picking you up from your accommodation in Athens. On the way to Delphi you will have the opportunity to admire imposing landscapes. After a 2-hour drive we will arrive at the breath-taking archeological site of Delphi with its museum both of which you will have plenty of time to explore in a private guided tour.

Once you have marveled at this astonishing site you have the option of visiting the picturesque seaside village of Galaxidi, the famous byzantine monastery of Hosios Loukas, or the traditional settlement of Arachova.

The Ancient Theater of Delphi
Built further up the slope of Mt. Parnassus from the Temple of Apollo, the Theater provides spectacular views of the entire sanctuary below and the valley beyond. Built in the 4th century BC of local limestone, it subsequently went through restorations and reformations, especially in 160-59 BC, but kept the basic structures of the stone seats, round-shaped stage and stone-paved orchestra. The theater hosted plays, poetry readings and musical contests during the festival of the Pythian Games, held every 4 years in honor of the god Apollo. It has 35 rows which can accommodate up to 5000 spectators. Today, it hosts ancient plays and other cultural events, mainly in the summer.

The Temple of Apollo at Delphi
Delphi was a sanctuary sacred to the god Apollo and his Temple is located midway up on the southern slopes of Mt. Parnassus. According to Greek mythology, the site of the temple was the point where 2 eagles placed by Zeus at opposite ends of the earth met. The temple dates back to the 4th century BC and was erected on the ruins of older temples dedicated to Apollo, whose cult was brought to Delphi from Knossos, Crete. Inside the temple was the adyton or inner shrine of the oracle where the Pythia or High Priestess gave cryptic predictions. ‘Know Thyself’, one of the Delphic maxims or sayings attributed to the god through the oracle is carved into the temple. Only 6 Doric columns of the temple and the multi-layered platform of dressed stones remain today to remind us that the site was once considered to be the “Omphalos” or navel of the earth.

The Archeological Museum of Delphi
Located next to the site at Delphi, the Museum houses extensive artefacts excavated at the Delphi sanctuary, and is considered one of the top museums of Greece. The exhibits were originally displayed in a museum built on site in 1903, but due to shortage of space, a new museum was built and inaugurated in 1939 and renovated to accommodate the collections arranged chronologically in 14 rooms on 2 levels. The highlights of the exhibits include the famous life-sized bronze statue of the Charioteer of Delphi, the 2 meter tall Sphinx of Naxos which once stood atop a 10 meter column next to the Temple of Apollo, temple and treasury pediments and friezes and statues. The exhibits cover over a 1000 years from the Mycenaean era to the Greco-Roman period.

The Polygonal Wall of Delphi
The Polygonal Wall was built in the 2nd half of the 6th century BC and supports the terrace on which the Temple of Apollo stands. It was constructed in polygonal masonry using irregular interlocking blocks of stone with curved joints, and its length today is 2 meters short of the original 90 meters. The Wall was covered with more than 800 inscriptions relating to the liberation of slaves in the 3rd and 2nd centuries BC., emphasizing the custom of dedicating the slaves’ freedom to the god Apollo. The southern side of the Wall forms the north wall of the portico of the Stoa of the Athenians.

The Treasury of the Athenians at Delphi
Located directly below the Temple of Apollo, the marble Treasury was constructed by the Athenians to house the dedications and votive offerings of the city to the sanctuary of Apollo. It was built at the beginning of the 5th century BC in a period that saw the founding of Athenian democracy and the Greek victory over the Persians at the Battle of Marathon. It provided the Athenians the means by which they displayed their civic pride, prosperity and military success to not only others but to the gods themselves, proving they were deserving of their favor. The Treasury had Doric friezes decorated with 30 metopes and its walls were inscribed with texts and hymns to Apollo.

Arachova
A picturesque cosmopolitan mountain village situated at a 970 meter elevation on the southern slope of Mt. Parnassos, Arachova is a favorite with skiing and snowboarding enthusiasts, celebrities, and visitors who come to enjoy the breathtaking mountain landscape. It is considered to be the biggest and best organized skiing resort in Greece, with ski slopes offering 20 tracks of 14 km in total length. In close proximity to Athens (173 km), Arachova has an excellent accommodation infrastructure and a lively social scene with its cafes, bars, gourmet restaurants and vibrant nightlife. The town, with its cobbled streets and landmark clocktower on a rock, bustles with boutiques and traditional shops selling local produce such as the formaela cheese, woodwork, hand-woven textiles and local Parnassos wines. Whether you favor the slopes or just want to chill out in the central Lakka square, Arachova remains a favored winter destination and a good base for getaways to nearby Delphi, Itea, Galaxidi and Nafpaktos.

Galaxidi
Galaxidi used to be known as ‘the island on the mainland,’ as up to 1963 when the Nafpaktos-Itea road was completed, it could only be reached by boat. Today, this pretty resort on the Gulf of Corinth with its 2 harbors, mountain backdrop, bougainvillea-lined alleys and seaside promenade, still retains its island character. The main harbor provides docking facilities for yachts and fishing vessels and is lined with restaurants, bars, cafes and stores. Once an ancient shipbuilding center with its own fleet of sailing ships carrying cargo to ports in Europe and beyond, Galaxidi with its neo-classical houses and captains’ mansions, is ideal for a short getaway and quiet family vacation. It also provides a hub to visit nearby Delphi, Itea, Amfissa and the northern coastline of the Corinthian Gulf. On Clean Monday, the harbor becomes the center of the traditional Flour Wars where colored flour is thrown between the locals at the harbor.

"If you are considering a tour company for a visit to Greece, we highly recommend Athens Insider. They arranged five activities for us, and we enjoyed every one of them. They took excellent care of us, both in preparing for the trip and during the different excursions. [...]

"We enjoyed so much our tour today. The driver was a highly educated person who kept us engaged in interesting discussions all through the way. The archeological site of Delphi was a great place to learn about the
Greek civilisation. We enjoyed the food so much in the restaurant we went to. It was a perfect day. [...]"

A big thank you to the entire Athens Insiders team for our superb visit to Delphi. Note our guide was perfect. She was able to interest children in the site and we had a good chat with her during transport times and breaks in Arachova and Galaxidi. We were able to enjoy this excursion as we hoped thanks to our guide and our driver who were attentive to our every request. Excellent follow-up concerning the organization of this trip since our first contact by email with the very nice Mariliza. [...]'' 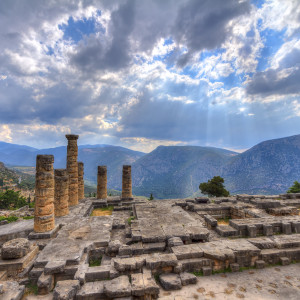 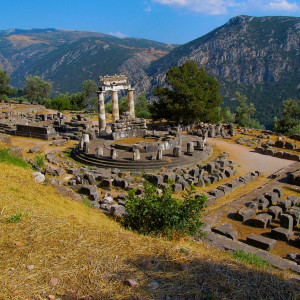 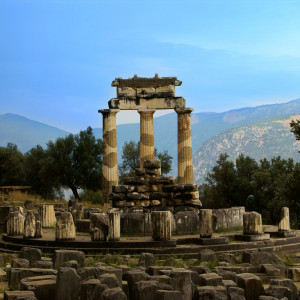 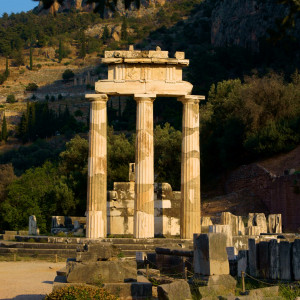 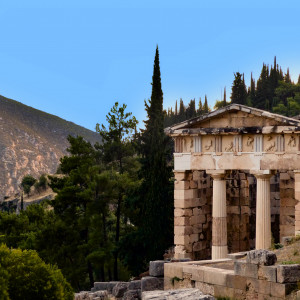 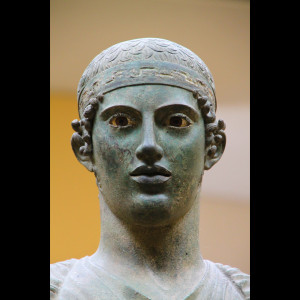 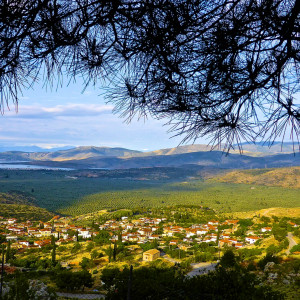 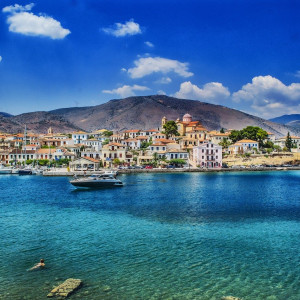