Enjoy a half-day private excursion to ancient Corinth, visit significant landmarks and admire breathtaking views
Grasp the glory of ancient Corinth, the old capital of Roman Greece and admire from up-close the famous Canal, the Apostle Paul church and the impressive Apollo’s Temple.

Please note that all our tours are Private, thus some of them are directly bookable for later dates because they are subject to availability. If you wish to book a tour at an earlier date please use the “send inquiry” form.
Inclusions
A private 5-hour excursion including:
Exclusions
You will start from Athens in the early morning with your first stop being the famous Corinth Canal connecting the Gulf of Corinth with the Saronic Gulf in the Aegean Sea. Though only completed in the late 19th century, it has been an idea of many and a dream dating back over 2000 years! You will have enough time to admire the Canal from above and learn everything about its history.

You will then visit the site of Ancient Corinth for a guided tour by your state-licensed “Insider” guide. You will visit the historic Apostle Paul church, and the great Apollo’s Temple where you can admire panoramic views and take some great photos.

Ancient Corinth
First inhabited in the Neolithic period, Ancient Corinth flourished as a leading naval power and rich commercial city from the 8th century BC, with trading colonies established in Corfu and Syracuse in Italy. It was destroyed by the Romans in 146 BC., but was later rebuilt and prospered under Roman rule, becoming the capital of Helladic Province of the eastern Roman Empire. Located on the isthmus connecting mainland Greece with the Peloponnese, it controlled trade routes through the dilokos or stone tracks that allowed land access between the Corinthian and the Saronic Gulf. In fact, ships like the triremes were hauled from one sea to the other using this short- cut which continued to be used until the 9th century AD. In 1204, the city was seized by the Franks and later by the Ottomans and the Venetians. The archeological site of ancient Corinth was first excavated in 1892 and among its major finds is the Doric Temple of Apollo (550-530 BC).

Acrocorinth
The acropolis of ancient Corinth stands on a 575 meter high monolithic rock towering over the city, enclosed by citadel walls almost 3000 meters long. It has been constantly occupied from ancient times up to the 19th century. Commanding the Isthmus of Corinth, the fortress was used as a defense against foes from entering the Peloponnese peninsula by land. Fortified many times, it was exploited by the Ancient Greeks, Romans, Byzantines, Crusaders, Venetians and Ottomans. The remains of the settlement site, first excavated in 1929, includes houses, barracks, churches, mosques, a Frankish tower, water cisterns, fountains and baths. One column remains from the Temple of Aphrodite which was located on the highest peak. The western and more accessible part of the fort was protected by a moat and three circuit walls. One of the most important castle sites in Greece, Acrocorinth, is easily reachable by car with the road leading up to the fortress’ main entrance.
Notes & Clarifications
What makes us different?
This tour doesn't have any reviews yet.. 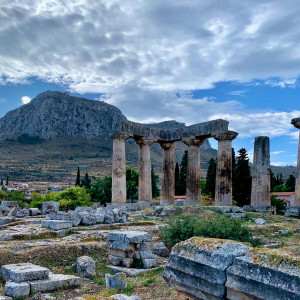 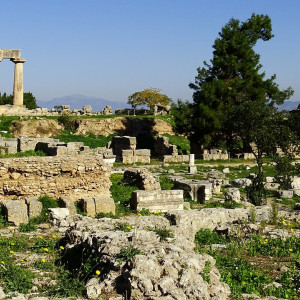 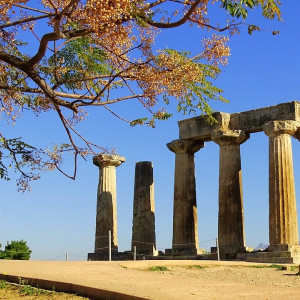