There is a large variety of traditional Greek products with unique characteristics that you can only find in the magnificent country of Greece.

Greek production and traditional recipes go back thousands of years and it is no coincidence that merchants have been traveling from all over the world to get hold of the high quality, tasteful and nutritional Greek products. Let us introduce you to their unique qualities!

Mastic is a resin obtained from the mastic tree and is traditionally being produced on the Greek island of Chios. It has a protected designation of origin status in the European Union and is also referred to as “the tears of Chios”. The mastic can be used and consumed as food, cosmetic or pharmaceutical product. Hippocrates himself had noted mastic’s healing properties, especially for stomach burns and skin diseases. Not to mention its unique aroma! The mastic liqueur is also particularly famous as a digestive drink.

Ouzo is a worldwide famous Greek aperitif, flavored with anise. It is served in small thin and tall glasses with or without ice. Ouzo is a part of Greek culture, as people drink it to come closer, enjoy delicacies (mezedes) and listen to traditional music. Don’t be tricked by the cute bottles, it can actually get you very drunk!

Feta is the most famous traditional Greek white cheese, made from sheep’s or goat’s milk. It is used as a basic ingredient of Greek pies and the famous Greek salad. Since 2002, "feta" has been a protected designation of origin product in the European Union, meaning that the name ‘feta’ cannot be used in cheeses of similar composition produced outside Greece and the specific product cannot also be produced in a different, other than the traditional way.

Olive oil is undoubtedly the king of Greek products. It is the basis of the Mediterranean diet and it stands for its purity, excellent taste and high nutritional value. As the main ingredient of every recipe found in Greek traditional cuisine, olive oil plays a dominant role in Greek nutritional habits. Olive oil can be mainly classified as Extra Virgin, Virgin, or Pure, depending on the way it is produced, its chemistry and its flavor.  Greece produces more than 430,000 tons of olive oil annually, and more than 75% of that is extra virgin olive oil, which is considered the best type. Greece is the third largest olive-oil producing country in the world, after Spain and Italy.

Yet another traditional Greek product, known worldwide for its high quality, nutritional benefits and beauty properties. Greek honey has a special aroma and flavor. Greek honey has roots in ancient times, as the Father of Medicine, Hippocrates, wrote, "Honey and pollen cause warmth, clean sores and ulcers, soften hard ulcers of lips, heal carbuncles and running sores."  Aristotle, philosopher and student of Socrates, believed that honey prolonged life.

Kozani Crocus, the Greek red saffron, is gaining recognition by scientists and nutrition experts for its unique benefits. Today approximately 30% of its production is exported to European countries- such as Italy, France and Spain- Russia, Australia, America and the United Arab Emirates, while efforts are made for exporting to China. The product owes its beneficiary properties to the particular soil and climatic conditions of the area of Kozani (well-tended fields, loads of light, drained soil of medium fertility with a warm temperate climate) as well as to the cultivation techniques and traditional practices followed by the area's crocus growers.

Halva is a popular sweet in many countries of the Middle East and Asia. In Greece, it is primarily produced in Macedonia, the northern part of Greece. Despite the fact that it is a dessert, it is considered of high nutritional value, as it is made with sesame, which is rich in vitamins E, B1, B2, calcium, potassium, phosphorus and iron. Greeks prefer to eat Macedonian halva during the Great Lent of Sarakosti before Easter.

Yoghurt is very popular in Greece because of its nutritional benefits and is used as an ingredient for many traditional dishes, such as tzatziki. It is rich in proteins, minerals, trace elements, calcium and vitamins. It enhances the absorption of nutrients by the body, suppresses infection and facilitates digestion!

Spoon sweets are sweet preserves, served in a spoon as a gesture of hospitality in Greece. They can be made from almost any fruit and are a traditional dessert in many Greek islands and villages. They are usually served with Greek coffee and a glass of cold water. If you find yourselves in Greece, you definitely have to try them!

If you visit Greece, you will definitely taste at least once the famous Greek coffee. Research studies have shown that that due to its polyphenols and antioxidants, Greek coffee is very healthy and can actually contribute to longevity. It is closely attached to local culture and tradition, while various interesting facts make it extremely unique. 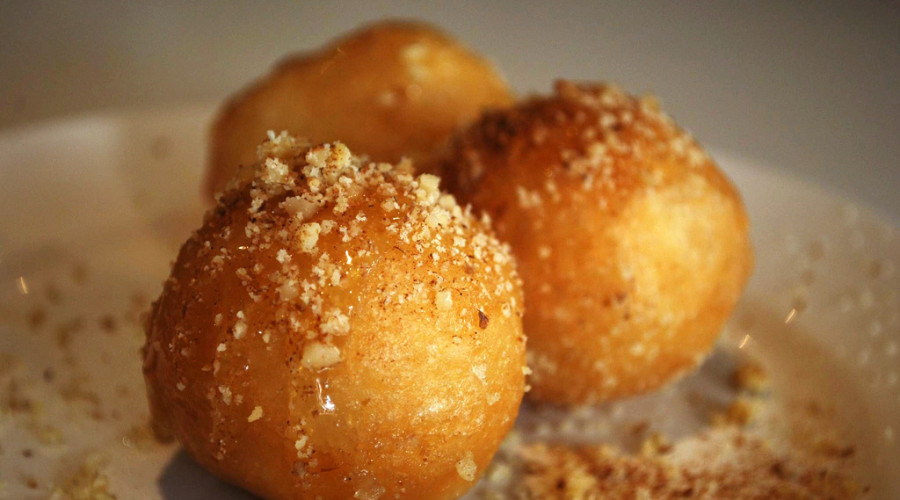 The Greek Traditional Recipe of Loukoumades

If you have visited Greece in the past, you must have tasted those little bites of heaven called loukoumades. If not, cancel all your meetings and get on the first plane to Athens!