Ten places in Athens reminiscent of the countryside

We discovered the countryside in ten special destinations for walks, coffee, hiking, and swimming.

As strange as it may sound, Athens has dozens of places that are nothing like its chaotic center.

These places can be a Park, a hill, the Botanical Garden, or even an entire area with small villages and a rich natural environment, which is only half an hour away from the city center. Do not you believe us? Below you will find the proof of our statements.

Do not hesitate to share with us in the comments your countryside findings that you feel belong on our list! 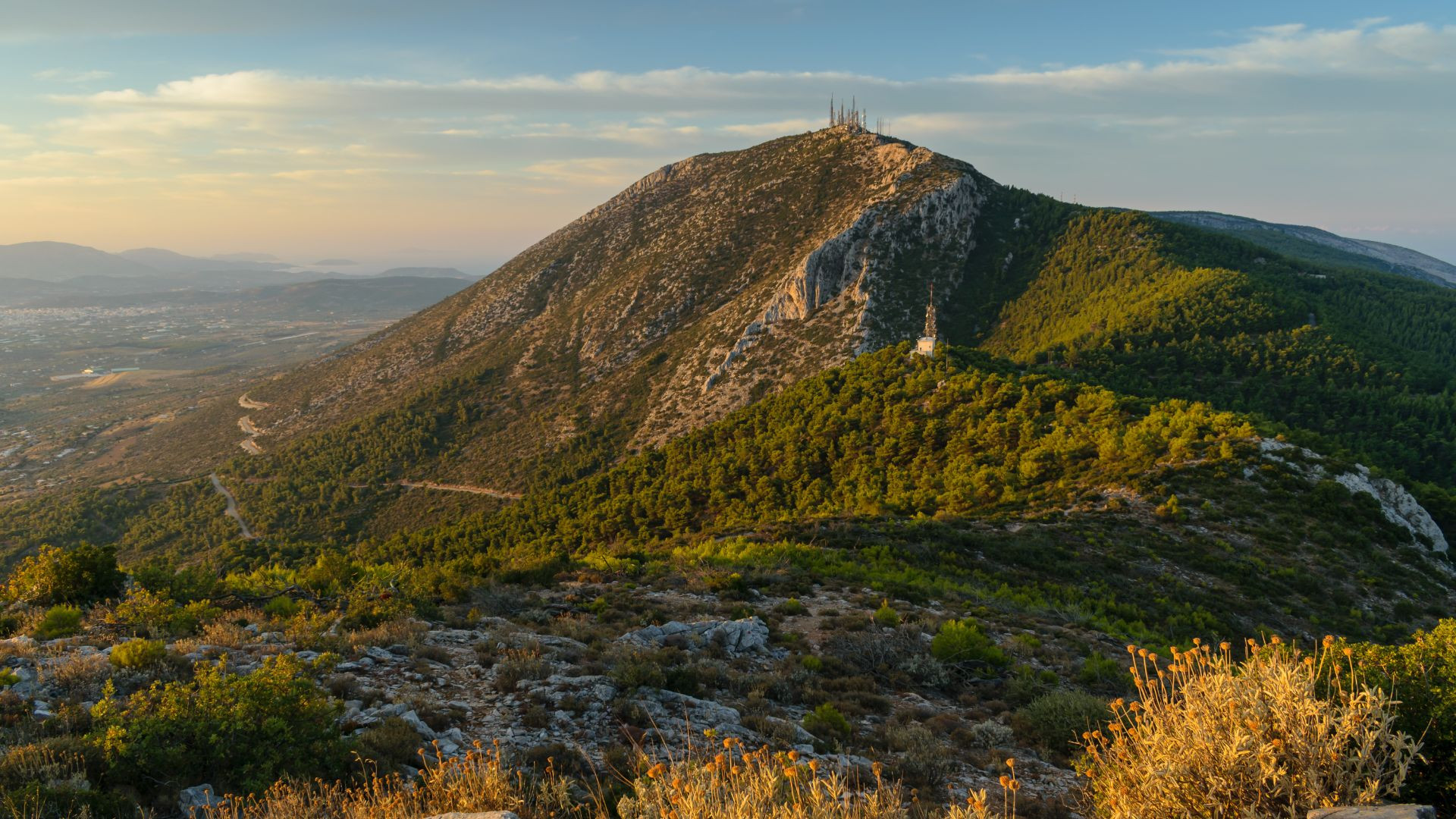 Up there on Hymettus

Or there is no secret, except for dirt paths on its verdant slopes, impressive views of Athens, and tufted pines. With the above, however, it is enough to visit him and try to walk on one of its thirty-eight total paths on foot or by bike. One of the easiest routes, most popular for hiking and running due to the lack of slope, is the one that starts from the refreshment room of the Municipality of Kaisariani, at Kalopoula, passes, making a short detour, from the Monastery of Kaisariani, and ends at the hill of Taxia, with the ruined Franciscan Monastery. If you get tired of walking, you can easily relax in the popular café-bar-ouzo-refreshment bar called "Kalopoula" and enjoy the soundtrack from the birdsong and the clear water of the nearby spring.

Walks in the Diomidous Botanical Garden

The Diomidous Botanical Garden, on the hill of Haidari, almost next to the Dafni Monastery, is the largest, most beautiful, most impressive garden in Eastern Europe. It is not just a "holiday" place inside Athens, but perhaps one of the most beautiful and hidden green attractions of the city. Were you impressed? Be impressed by the dozens of species of flowers and plants it hosts.

So close, yet so far… The Mediterranean of Attica, the area that extends east of the closed town, hides picturesque villages (yes, there are such), beautiful beaches, archeological sites, zoos, and lush pine forests. Do you doubt it? A visit by car will convince you. Detailed information about the area can be found in an earlier tribute. 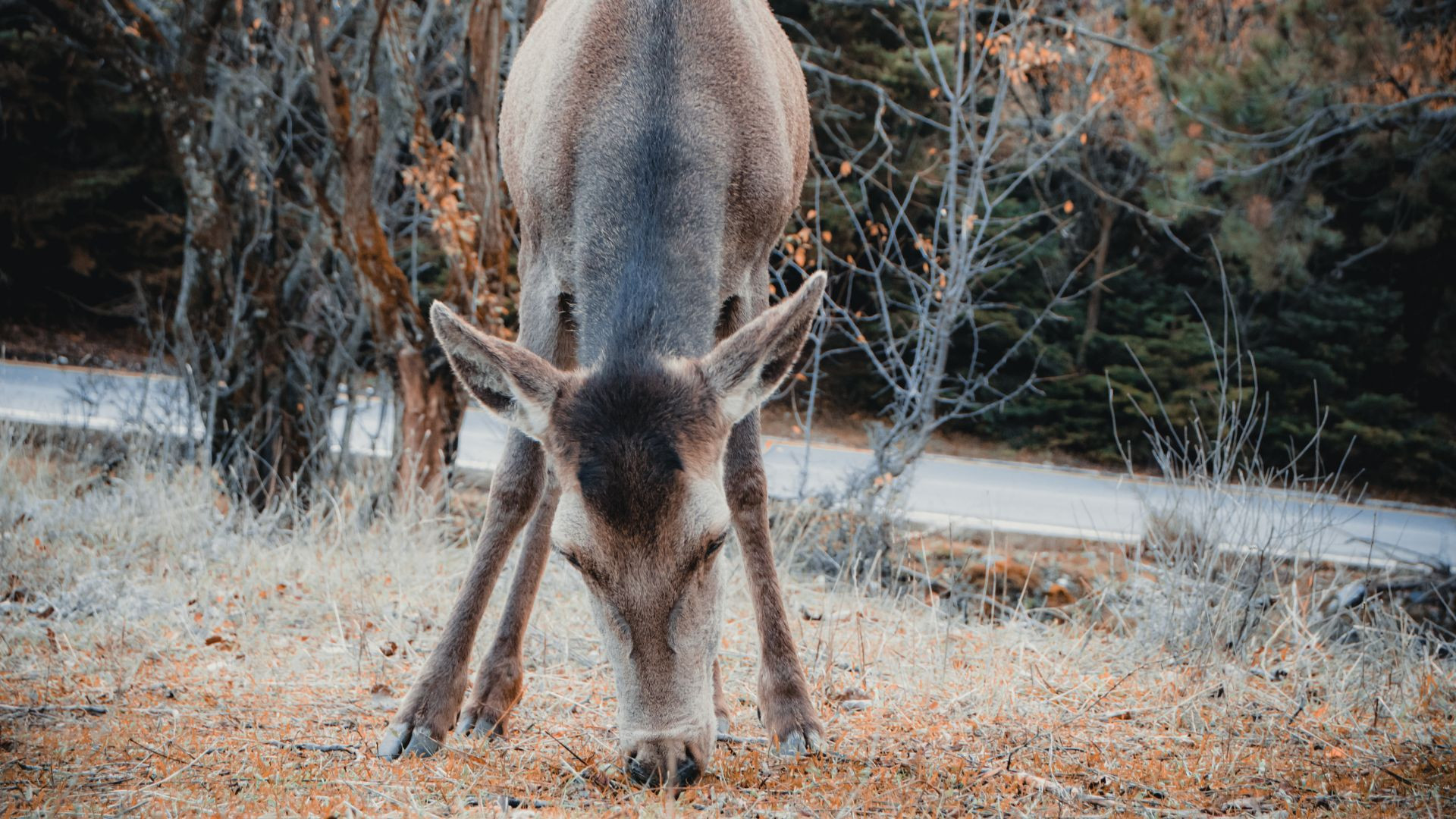 A visit to the "Athenian countryside" will make you fall in love with Athens's beautiful mountains. Wonderful hiking trails on green slopes, a deep blue lake with its mini zoo on one bank, the glorious Royal estates in Tatoi, and the spectacular cave of Pans.

Shall we go to the Lake?

Anyone who thought that "it is far", we must inform them that the distance from Kifissia to the dam of the lake, if you choose the route from Stamata, does not exceed 20 minutes. This, most likely, deserves the closest escape to Athens, at least for those who do not live in the south. Bring your bikes, or even your sneakers, and follow the paths along its shores, to enjoy its grandeur from a point of view that few consider. Read more here about the - somewhat "priced" restaurant Fragma, where you will grab a table after your walks for coffee or food and see on its official site detailed instructions for your access.

Although it started as a settlement of Pontians in Asia Minor (with the first name "Rossochori"), Drosia was for many years a holiday-tourist destination for Athenians and other visitors. In addition to its characteristic "peinirli" and other delicacies, Drosia is also famous for its coolness, something you will discover with a walk in its central square. Its cool climate during the summer months, the natural borders of the forests, the ravine of Ekali, its huge pines, and its -basically- detached houses, make Drosia look more like a countryside than a densely populated suburb. The frogs that keep the inhabitants' company in the evenings in the yards, the foxes that often get lost and go down the mountain, and the croaking of the night owls complete the country atmosphere.

Half an hour from the city center, the favorite oasis of the inhabitants in the Northern Suburbs is called Syggrou Park and is a very normal "forest" drowned in pines, olive groves, almond trees, and orchards, which are currently musk in spring. The dirt paths that run through them almost cause long hours of hiking, while if you have little ones, note the existence of the well-kept playground. Apart from the nature-loving, the Syggrou Forest is also of special architectural and Gothic interest: the only neo-Gothic Orthodox church in Greece, that of Agios Andreas, is hidden behind its dense vegetation, as well as the one designed by Ernst Ziller's family.

A must-visit to the National Garden

Just a two-minute walk from the metro exit to Syntagma, a mini oasis in the bustling city center is available to "accommodate" whatever your intention is. The National Garden is open all days of the year, from sunrise to sunset.

The Grove, just a breath from the City Center

The park with a total area of ​​217 acres has everything and is the ideal choice for an escape from the haze and the "suffocation" of the center of Athens. In less than twenty minutes, you are in a place where you will walk or bike and you will see the green and you will bring the little ones without worries and you will exercise and drink your coffee loosely under the shade of the pines. And now that the summer cinema has opened? Add to the whole package the cinephile nights.

Penteli and its Waterfall

It is one of the closest natural attractions in Athens and offers a variety of options for nature walks. Cycling, hiking, playing with the little ones, and swimming in its waterfall, which is located in the area of ​​Drafi and is a common secret for the residents of the surrounding areas. It is accessible from the 2nd stop on Achaion Street, where you will see a small opening before the dirt road. Turn to it and you will see it from above. In three minutes from the path that you will find in front of you, you will be next to him. As long as you cool in its waters, however, think of the popular saying about cleanliness. And do the deed. Other equally beautiful sights of the mountain are the Observatory, the Palace of the Duchess of Placentia, and the Holy Monastery.