Cycladic Figurines: the most evocative image of Aegean

Cycladic figurines are certainly the most enigmatic, abstract, and evocative objects from Greek prehistory, that also inspired the art pioneers of abstraction and cubism of the early 20th century. 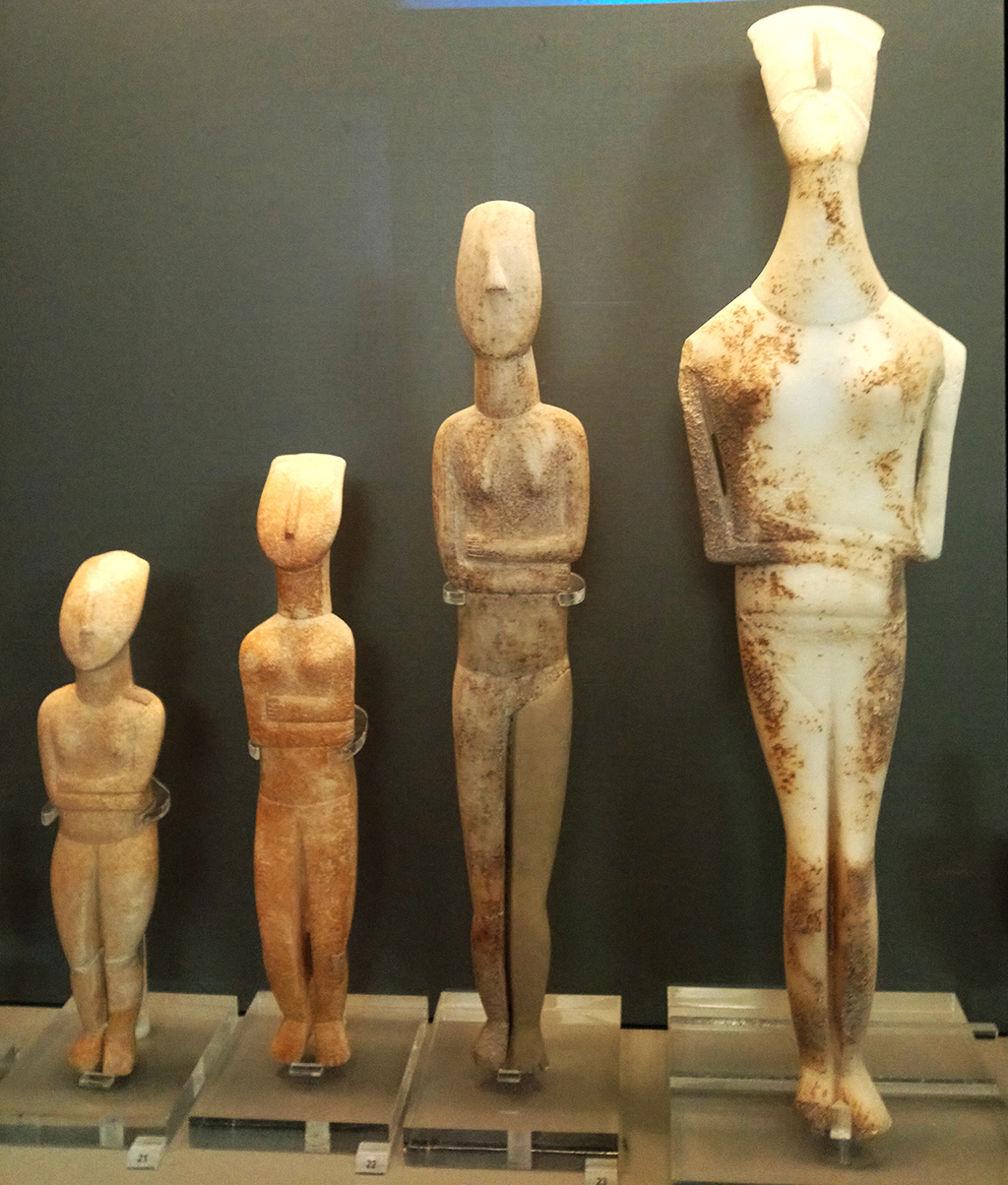 They were created in the Cycladic islands in the southern Aegean over a period of a few centuries, around the middle of the third millennium B.C.E., during the Early Bronze Age; let’s say around 2800 to 2300 B.C.E. Only about 1,500 complete figurines have been found so far. Almost half of them were discovered in systematic archaeological excavations; many others, though, made their way into the international antiquaries market directly from illicit digs. While most of the figurines appear to have been deposited in graves – both in women's and men's burials – some were also found in settlements. Moreover, the most significant spot is the small island of  Keros, in central Aegean and nearby Naxos, where fragments of several hundred figurines have been revealed by the Greek and British authorities. All of them were apparently broken before being transferred there and thus, most archaeologists interpret this as a prominent sanctuary serving the surrounding region. 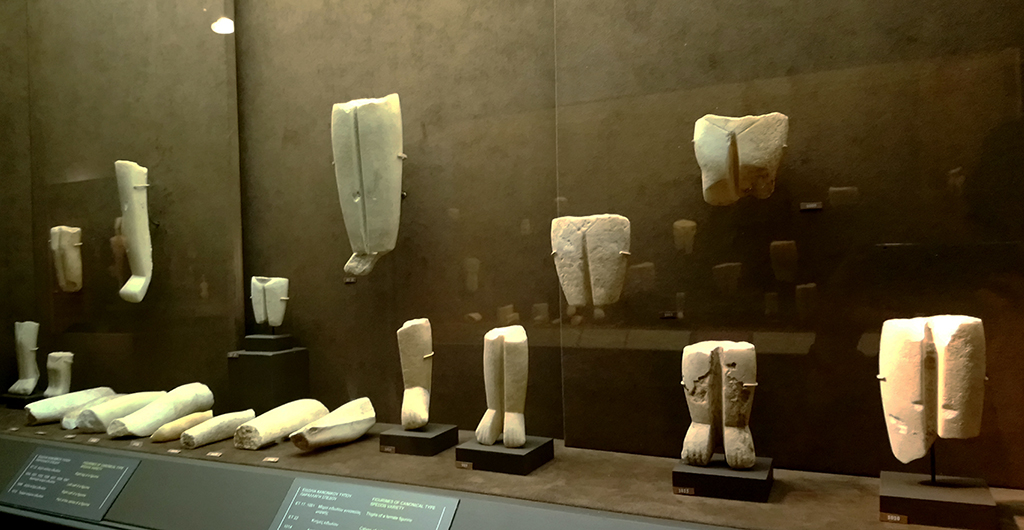 But, before getting into this – quite difficult – discussion on their identity and function, let’s first have a good look at them.

Usually they are relatively small in dimensions – approx. 20 inches in height – but there are also large scale figures; they are highly stylized depictions of the human form, made of local Cycladic marble, which was carved and then polished well. They typically feature an oblong head, long neck, pronounced oblong nose and triangular shoulders, while their arms are folded around the belly and their legs are normally fused and divided occasionally only by a groove. Nowadays, in a sense, they look like close and abstract compositions of the human figure with a very distinctive and beautiful appearance and striking features, but it is likely that all or most of them bore additional details, such as anatomical points and eyes or painted facial features, which rarely can survive since the pigments have disappeared entirely. Moreover, if we look at them closely, we realize that they are not always as flat as they are considered but rather curvy, resulting in a quite complex body surface; the head usually follows one direction and the neck another, then the thighs project outwards and the knees inwards and then we have the reverse with the feet.

Although the Cycladic figurines appear in a variety of different and distinct forms and styles, probably indicating different locations and periods of production, our example described above is a very typical one – the type known as “canonical” – which certainly shows a female. 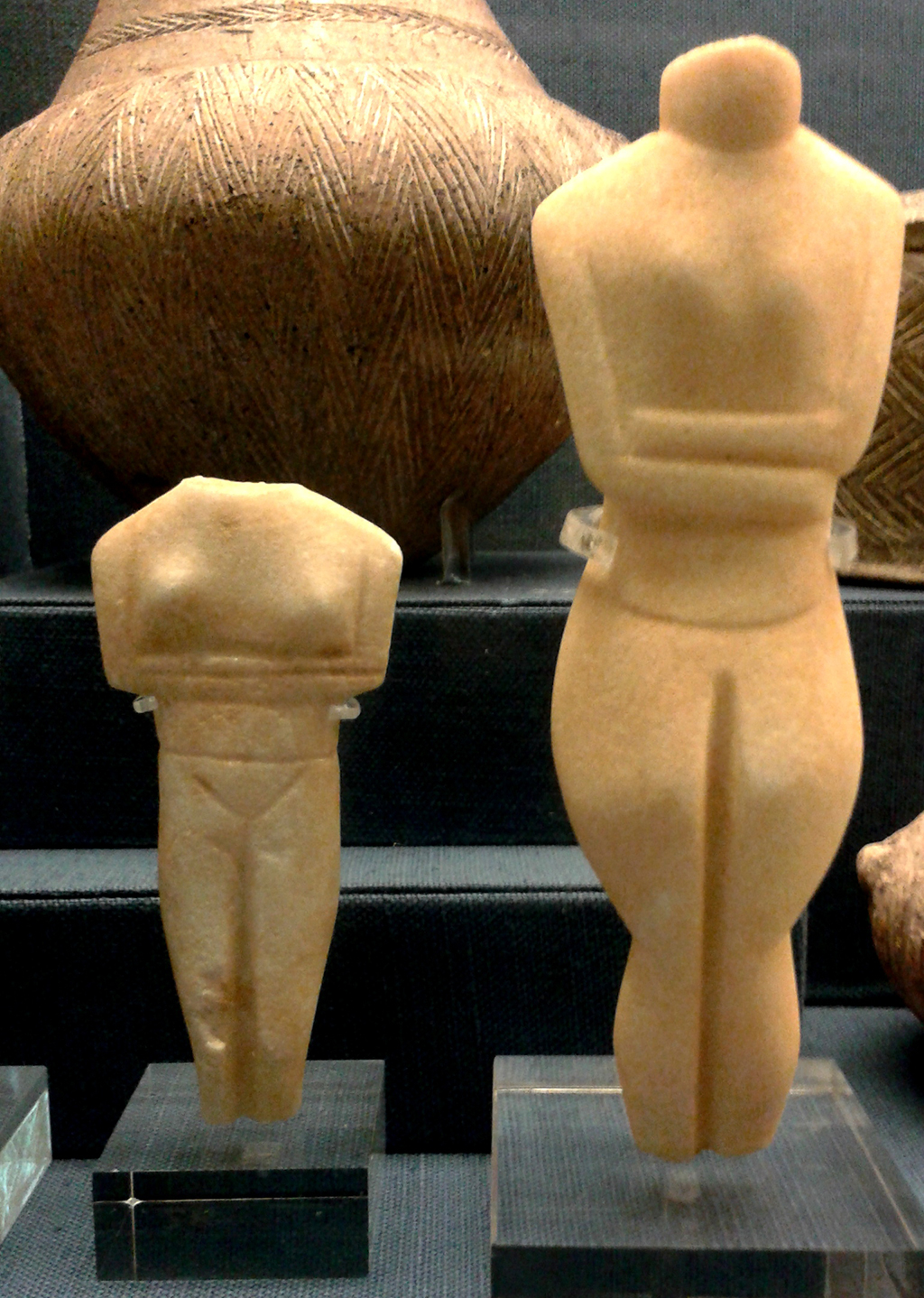 And, even if it’s quite hard for the modern eye to define the gender, the majority of the figurines are identified as women: by the presence of breasts and of a pubic triangle or by an accentuated belly, most likely depicting pregnancy. Male figurines do occur as well, but are very rare or they often depict much more complex forms, like the well-known “lyre prayer”. 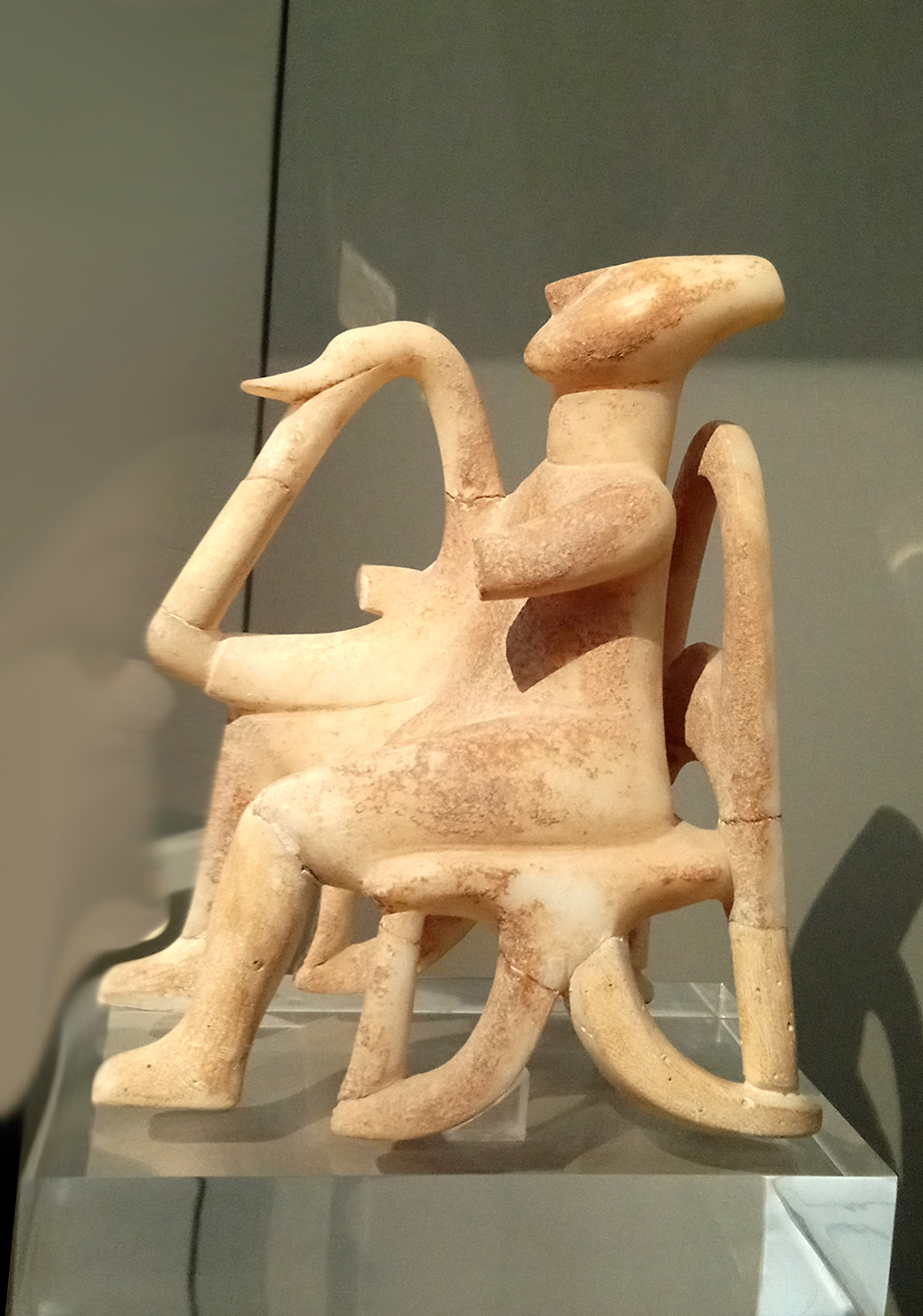 Two main questions arise from these beautiful and fascinating objects: Whom do they depict, and what purpose did they serve?  Both are highly disputed by scholars and both remain under discussion. The feminine, pregnant samples support a connection with concepts of fertility and motherhood; they may be dealing with a deity associated with the birth and regeneration and who perhaps had an appropriate role in funeral rites. Their presence in many graves also suggests some symbolic use, most likely in a ritual/religious context.

But are they images of the deity or of the believer?

Whom do they portray, the God, the priestess, a venerated ancestor or a worshipper?

There is no general agreement on whether Cycladic figurines depict individuals, one or a variety of deities, or are general forms of fertility and femininity. There is no consensus either on where and when they were used: in religious ceremonies, funeral rites, or in daily life?

One way or another, Cycladic figurines are, indeed, objects of a wide social-ideological significance and of a wide symbolic-religious dimension that we probably fail to understand. As is the case, we can only speculate because we have no written evidence, because the social environment doesn’t give us much in terms of context, and because all we have is a beautiful, timeless, and – above all – mysterious art.  And this is remarkable in itself.