The best museums of Athens

You can come to Athens and not spend a single hour indoors. But these are the top 5 reasons you should not

Built to fulfill the need for a space that can accommodate all the great exhibits that were found on and around the Acropolis rock, it is not named “New Acropolis Museum” by accident. Delivered in the summer of 2009, it is the third museum built for this purpose as the first two –much smaller ones- got full pretty quickly. Soon after the liberation from the Turks, Greeks started to excavate, salvage, collect and restore whatever Acropolis antiquities had not been destroyed – or carried away – during the Ottoman rule. This collection grew along with the country so most of it just got stored away or was poorly presented. This wonderful ark of classical beauty is, on purpose, built in a modest and strict form, in order not to insult the “sacred rock” of the Western world - and allow its treasures to steal the show. And they do; thanks to the arrangement of the exhibits which places them in close proximity to the visitors, making them feel as if they are walking on the rock itself, back in the 5th century BC. At the same time, a look through the huge glass panes which form the external wall will reveal the Parthenon, only a few hundred meters away, bathing under the exact same light.
Bonus Info: In the Parthenon hall you will admire the friezes and metopes depicting the Athenians fighting against mythical creatures like giants, amazons, centaurs etc. The number of humans is exactly 192, in honor of the 192 hoplites that died defending their Democracy, in the battle of Marathon. The Persians are symbolized by the mythical creatures…

On August Full Moon and European Night of Museums, the Acropolis Museum operates until 12 midnight. 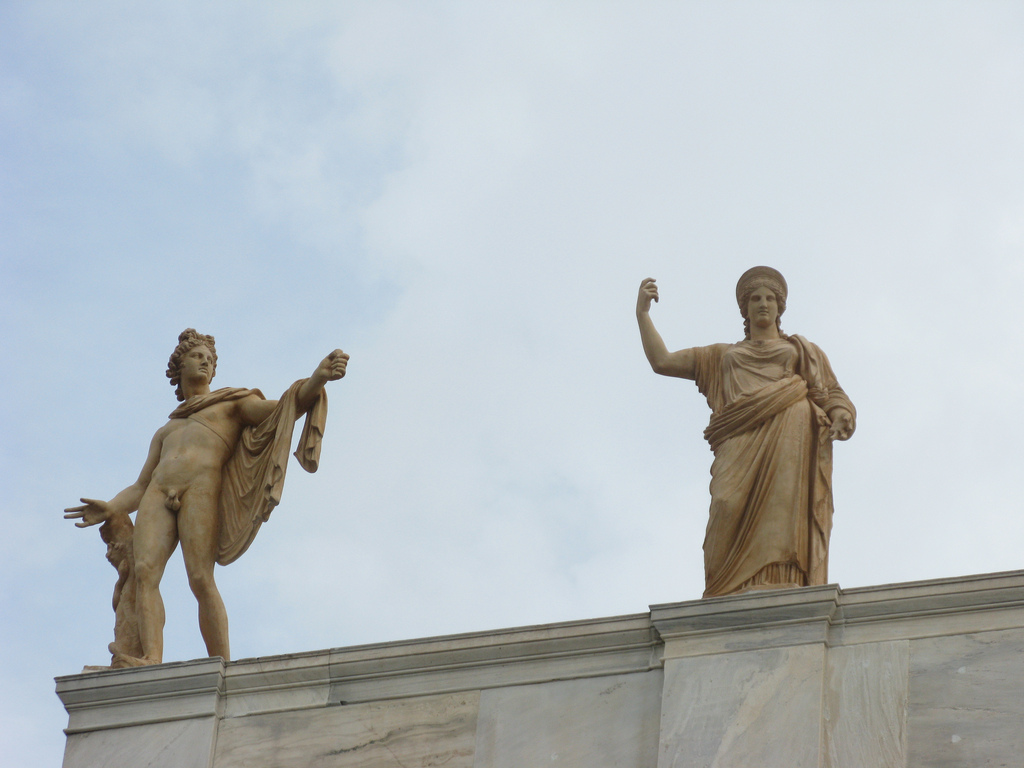 You guessed right. The largest, both in terms of size and collection, of all archaeological museums is in Greece. One of the “big kahunas” of museums all over the world, especially regarding classical-era exhibits, it sits up there on the top, along with the British Museum, the Louvre, the Hermitage etc. Inside you will find every proof you need that all these things - the very same things you thought that sadistic professors invented themselves, only to torture you with during your studies - did exist!  And they were part of the cultural expression of a great, vibrant civilization. Some of the most impressive, among them, are the Bronze Age findings like the golden burial mask which archaeologist Heinrich Schliemann thought belonged to  Agamemnon of Mycenae himself. Well, the mask proved to be …even older. So the same guy who- as you were told back at school - gathered all the famous superheroes of Greece and marched to war for Helen’s beautiful eyes (or Trojan gold), not only existed but still has professors quarreling over 3500-year-old face masks. This and many more artifacts await you to admire and learn from them: the Antikythera Mechanism, Egyptian mummies, the great statue of Poseidon… never mind, the list is too long, just go and explore it yourself.

Visitors under 18 years old (by showing their I.D. or Passport)

Students from E.U. countries (by showing their University Card)

Guides (by showing their professional card)

Members of Societies of Friends of Museums and Archaeological Sites of Greece, by showing their membership card

Escort of blind people and escort of persons with mobility difficulties

Entrance is also free to all visitors on the following days: 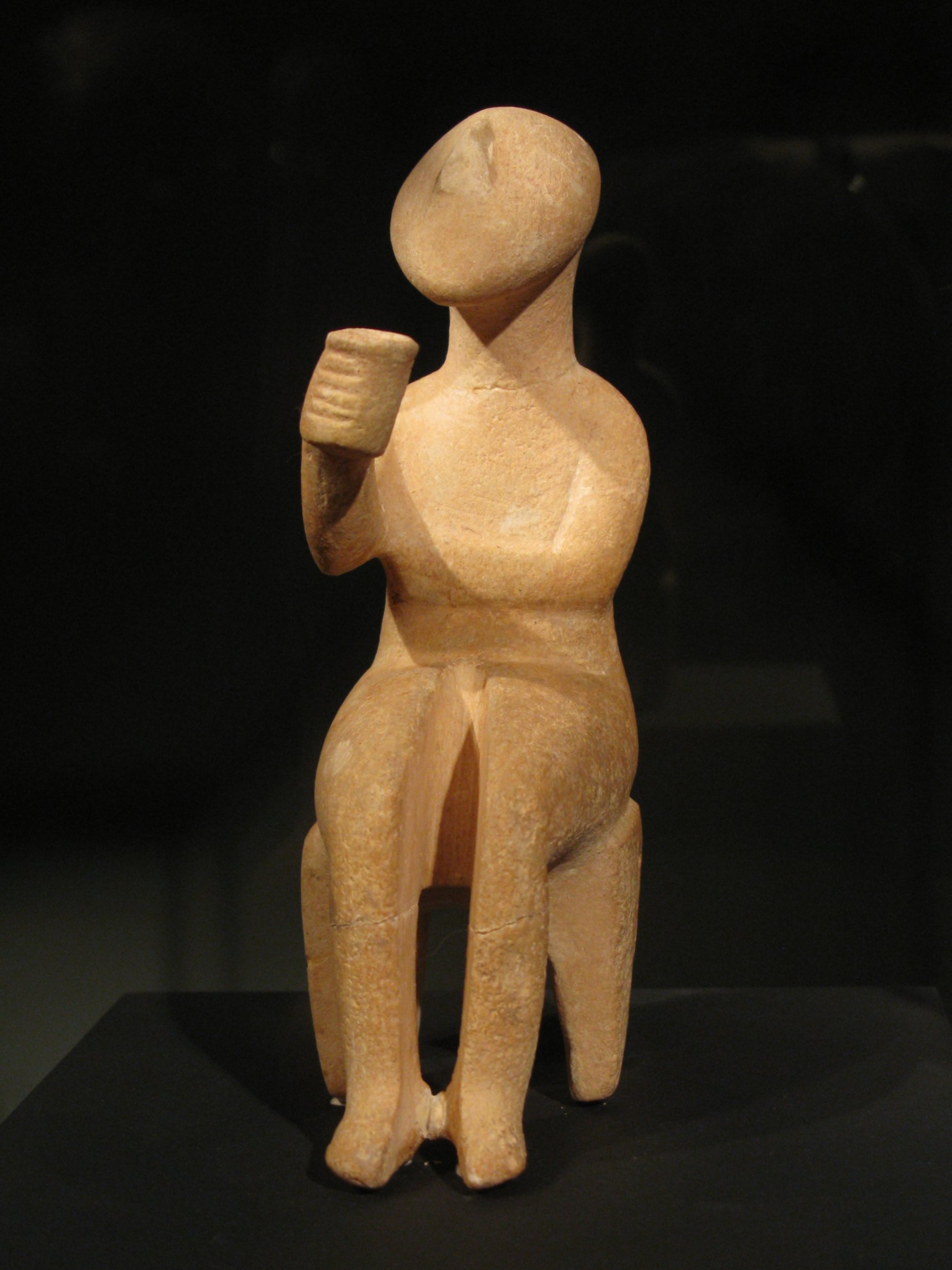 The Museum of Cycladic Art at Neofytou Douka street in the center of Athens - near Syntagma Square - is dedicated to the study and promotion of the ancient cultures of the Aegean sea and Cyprus, with special emphasis on Cycladic Art of the 3rd millennium BC. It was founded to house the collection of Nicholas and Dolly Goulandris, in 1986, around the same time that the archetypical forms of the cycladic idols started to be recognized as a major influence in international contemporary art. Its three major subjects are Cycladic Art (3200 - 2000 BC), Ancient Greek Art (2000 BC - 395 AD) and Ancient Cypriot Art (3900 BC - 6th century AD). It maintains one of the largest and most complete collections of Cycladic antiquities in the world, with representative samples of marble figurines and vases, bronze weapons and tools and pottery from all phases of the Early Cycladic period. Inside this museum you will see and understand why the art of Cycladic civilization - with its anthropocentric character and its perfection and proportion in form, simplicity, and reduction to the very essential- is still considered as a strong influence on early 20th century sculpting. You will love it, especially if you have a thing with modern art and design, as the experience will be inspiring and you will leave the museum with a fresh look at the forms and figures of the modern world. Oh, its café is very nice too, and the gift shop offers high-quality, stylish gifts to bring back home.

Kids and young persons under 18

Visitors with disabilities and their companion

Members of the MCA

Parents accompanying their kids for the Saturday’s & Sunday's programmes

*Last Entrance: 15 minutes before the Museum get closed

Or, the “what happened next?” museum.  It would be completely normal after long days in Greek museums to wonder what happened to the country after the early Roman years. Most of the exhibits cover the ancient Greek classical era and the Hellenistic era, but after the first centuries of the Roman conquest there is little information. Then what? What happened after the Roman Empire broke to pieces? Well, the Byzantine and Christian Museum, has the answer to this.  Also based in Athens and just a few hundred meters from the Museum of Cycladic Art (discussed above), it is focused on the Early Christian, Byzantine, Medieval, post-Byzantine and later periods of Greek history.  The museum has over 25,000 artifacts in its possession that date between the 3rd and the 20th century AD, and their provenance encompasses the entire Greek world, as well as other regions in which Hellenism flourished. The majority of the exhibits are religious items and artifacts, but the huge contrast between their aesthetics and style to whatever you have seen so far - from the older Greek history eras - will make it a visit to remember. 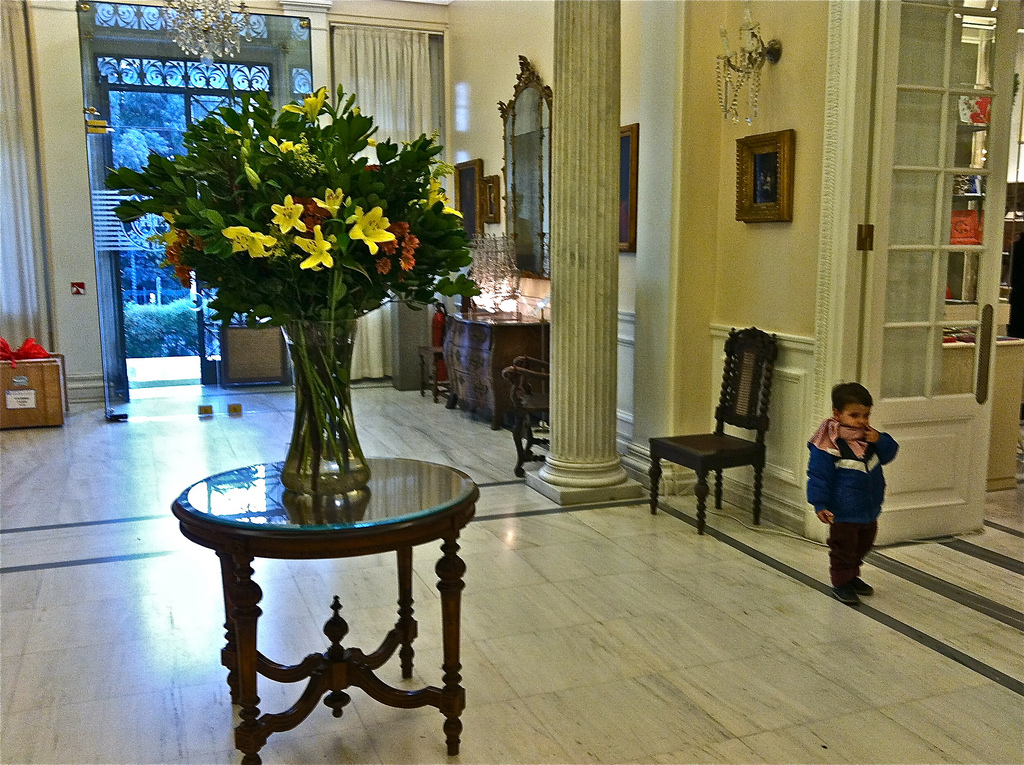 The Benaki Museum of Greek Culture - as it is fully named - is small compared to the first two museums we mentioned, but it is ideal if you want to take your time and explore the Greek culture and civilization at a slower pace. Housed in one of the most beautiful neoclassical-style buildings in Athens, near the National Garden and the Hellenic Parliament, it was converted into a museum in order to shelter the collections of Antonis Benakis and was donated to the Greek nation by himself and his three sisters. Following its most recent refurbishment (1989–2000), the building now houses a unique exhibition on Greek culture, arranged chronologically from prehistory to the 20th century. Its permanent collections are very extensive, featuring prehistoric artifacts, as well as Roman, Byzantine, Chinese, Islamic, Coptic, and pre-Colombian art, along with more contemporary Greek art collections. Be prepared to immerse yourself in all these worlds, but remember that you must get there well-rested and with a small plan on what you want to focus on, as the volume of info is immense. Oh and do bring a magnifying glass with you, as these little lettersets they use on the tiny - but very helpful - captions can get difficult to read after a while. Don’t omit to visit their website in advance, in order to plan out your visit, and be careful: the Benaki Museum houses various exhibitions in spaces elsewhere in Athens, so don’t get confused!

Friends of the Benaki Museum

You can book a Guided tour with Athens Insiders by just sending us a Tailor-Made form request!

For more information about Greek Museums you can also visit museuly.com