Athens with a View: Up to Lycabettus Hill

It stands in the middle of the city, bearing the same name since the age of Pericles. Lycabettus – in Greek “Lykavitos” –  means “the path of the wolves” or "where the wolves go", indicating it was populated by wild beasts in the distant past.

It is the highest hill within Athens and it’s the ideal observation point. You can’t miss it, if you lift your head up, while walking around the city’s center. And, yes, there have been no wolves up there for a long time now…

But if you do decide to visit it you will be surprised. Although it’s positioned in the middle of one the most expensive city’s neighborhoods, the 277m-high hill remains untouched by the “concrete fever” that the city suffered for decades. 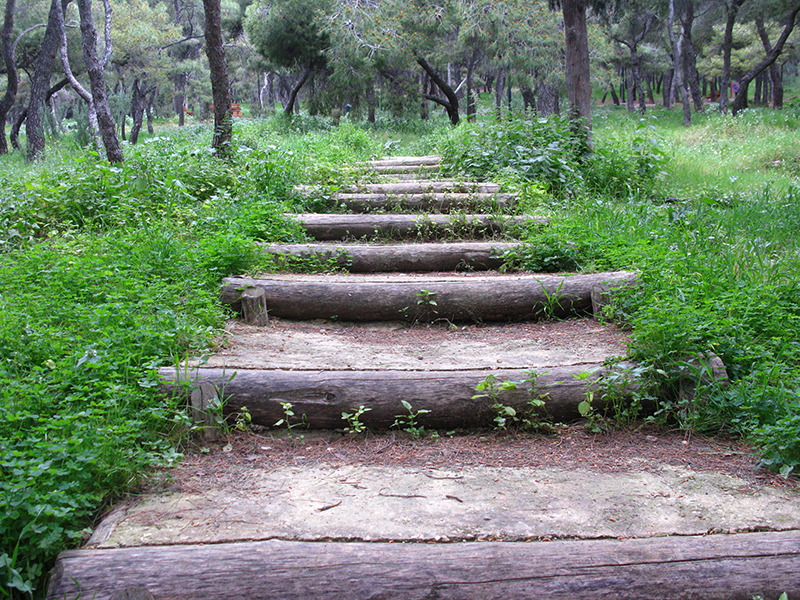 Thanks to a specific law that forbids any construction on the hill, its rocky slopes are still covered by a pine forest and between the tall trees and the thick bushes 64 different bird species make their nests. Due to this fact, along with the steep climb to get to the top, we propose that if you want to make the ascent, you better do it early in  the morning. The cooler temperature and the singing of the birds welcoming the sun over the city will reward your fight with the alarm clock. But don’t worry if you lose that fight - just go for it a few hours before sundown. That way, you might enjoy lower temperatures and witness a beautiful sunset from the top. 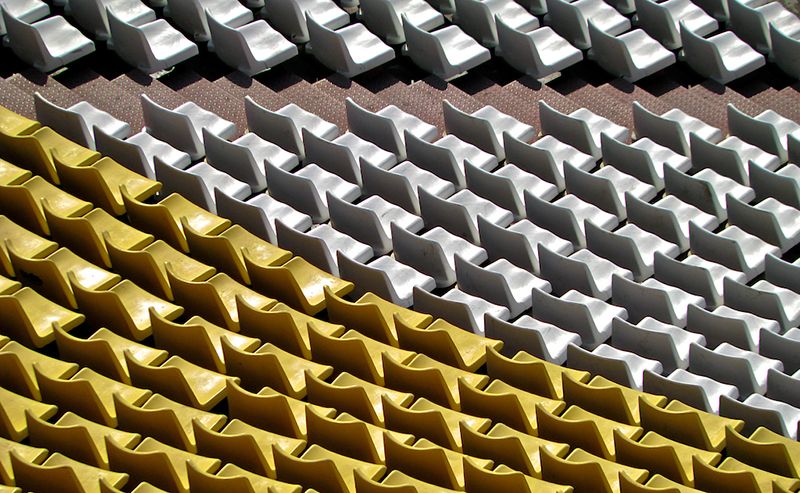 After all, the place’s main attraction is its view. Up there, there is only a small humble – Aegean island-style – church dedicated to Saint George, a restaurant with a magnificent view and a few cafés halfway up the west side. There is also an amphitheater, closed a few years ago due to safety issues. It was constructed with removable metal scaffolds in the cavities created by the operation of an old quarry in 1965 and has seen gigs by some of the top names internationally; Bob Dylan, Ray Charles, James Brown, Jerry Lee Lewis, Black Sabbath, Nick Cave, you name it. It was the city’s main and most popular summer concert arena for decades and everybody still waits for the place to be reopened sometime.

Its parking lot is still visited by people though, especially in the summer, as the place is always cooler – thanks to the breeze – than the rest of the city. The view from there is also great, especially after dark, as you feel like floating over an endless sea of city lights. There are benches, a canteen to buy beers and hot-dogs and, usually, some music from a nearby parked car with the stereo playing as the moon is rising across Mount Hymettus. 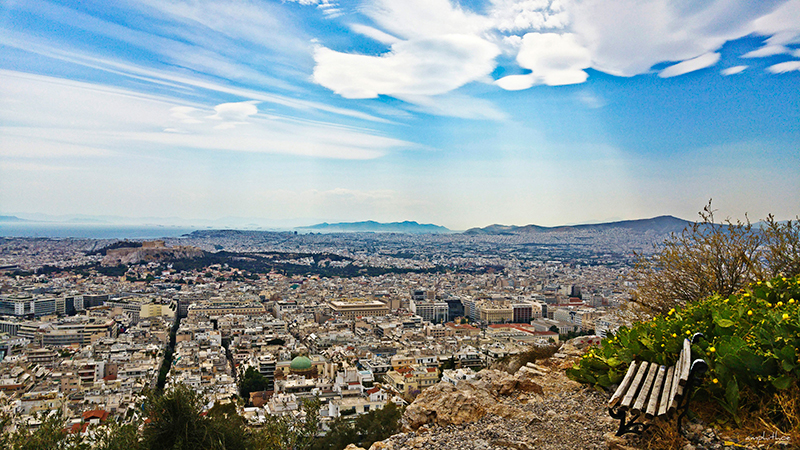 In the daytime you can see most of the Attica basin from up there. Acropolis is clearly visible, below. After all, the myth says that Lycabettus was created when goddess Athena tried to carry a piece of mountain Penteli to construct her rock for her Acropolis, while also carrying the baby-god Erechtheas on her - and you know how babies are when you are multitasking. Trying not to drop the baby she dropped half the mountain on what today is the center of Athens. Come to think of it, I wonder what would have happened if she had dropped her divine grocery bag? We would be sorted for life with food abundance?

Anyway, today from up there you can also see the Panathinaiko Stadium, the Temple of Olympian Zeus and the Hellenic Parliament. On a good day you see as far as Mountain Parnes to the north and to the west to Piraeus and the Saronic Gulf’s waters glazing under the sun. Sometimes even as far as the island of Aegina. 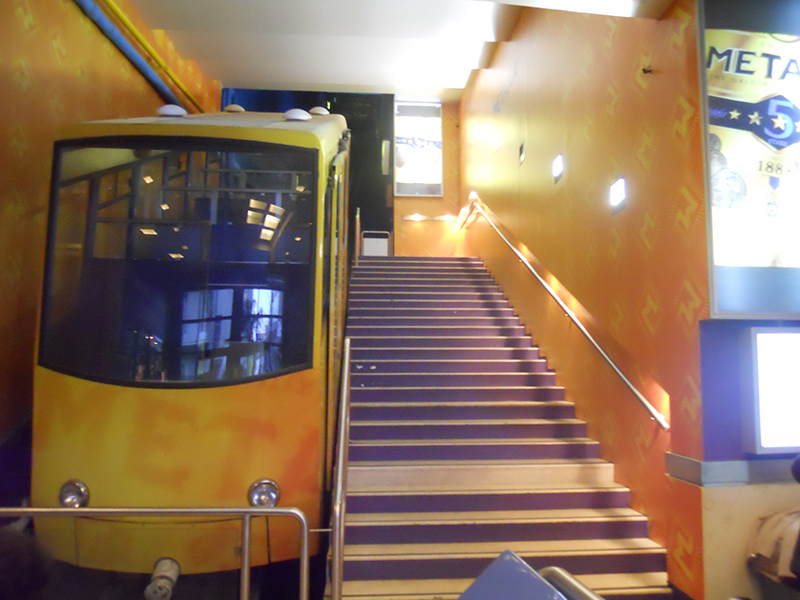 As for your options getting there, if you don’t fancy trekking up and down the circular path to the hill, you can take a car (or a taxi) to the theater’s parking and then walk the last few meters to the top. Or go to the corner of Ploutarchou and Aristipou streets in Kolonaki neighborhood, just under the hill and take the cable car that takes you all the way to the top of the hill. It is the easiest way there but the ride is in a closed tunnel, so there is no view on the way.