An engaging full-day excursion for the whole family shedding light on the history of Greece!
Grasp the glory of the Mycenaean civilization and explore the cobblestone alleys of atmospheric Nafplio on this amazing full-day private excursion specially catered for families.

Please note that all our tours are Private, thus some of them are directly bookable for later dates because they are subject to availability. If you wish to book a tour at an earlier date please use the “send inquiry” form.
Inclusions
A 11-hour private excursion including:
Exclusions
You will start your journey in the morning and head towards Mycenae, the kingdom of mythical Agamemnon. On the way, you will have the opportunity to make a short stop at the Corinth Canal to stretch your legs and admire this impressive engineering achievement. Once you arrive at Mycenae, the guide will offer to the whole family a captivating guided tour, specially designed to keep the interest of the youngsters at all times.

Before setting off to Nafplio, you will stop and participate in a fun pottery workshop. Inspired by the Mycenaen artifacts, you will be introduced to the ancient art of pottery, in order to create your very own, unique Mycenean artifact to take back.

Your journey will continue with a visit to the picturesque town of Nafplio where you will have time to explore its narrow cobblestone alleys, enjoy the famous gelato and admire its unique architecture with its well-preserved neoclassical mansions.

Treasury of Atreus at Mycenae
The Treasury of Atreus or Tomb of Agamemnon is a beehive-shaped tomb, the largest and best preserved of the 9 tombs situated around the citadel at Mycenae. It was built around 1250 BC and was discovered in the late 1800’s by the German archeologist Schliemann who gave it its name which actually had no bearing to either Atreus or Agamemnon but to an earlier ruler buried there. It stands 13.5 m high with a diameter of 14.5 m and has a lintel stone, surmounted by a relieving triangle above the doorway, which weighs 120 tons. The tomb, which faces the palace, consists of an entrance passageway 36m long leading to a circular burial chamber roofed over with a vault shaped like a beehive. The site of the tomb was chosen to be visible from the roads leading to Mycenae to show the ruler’s dominion over the settlements in the area.

The Museum of Mycenae
Located at the entrance of the ancient site of Mycenae, a short distance from the Lion Gate, the Museum houses about 2500 exhibits, mostly ceramic vases, jewelry, wall paintings, tools and weapons unearthed in the vicinity. The present museum was inaugurated in 2003 and covers a total surface of 2000 sq.m on 3 levels but only 3 rooms showcase the exhibits. Other rooms are dedicated to storage, conservation and the study of the many finds. One of the most famous exhibits is a copy of the golden mask of Agamemnon, whose original, along with the most important artifacts found at the site, is in the Athens National Archeological Museum. The three display rooms exhibit objects from the public and private life of Myceneans, the grave sites and finds relating to religion, science, art and trade. . At the entrance of the museum there are wall posts narrating the history of Mycenae and its excavation and opposite the entrance there is also a model of the ancient site.

The Town of Nafplio
One of the most picturesque towns of Greece, Nafplio is a major seaport in eastern Peloponnese, spreading across a peninsula jutting out into the Argolic Gulf. It was the first capital of the new Greek state between 1823 and 1834. With its seafront Promenade with its cafes, bars and restaurants, and the town’s parks, statues, museums, attractive narrow streets, churches, elegant Venetian houses and neoclassical buildings, Nafplio offers ample opportunity to explore the architectural and cultural traditions that successive waves of Frankish, Venetian and Turkish rule left their mark on. The city’s strategic position led it to have three fortresses, Palamidi dominating the city on a steep hill, Akronafplia, the oldest castle at the top of the old town and Bourtzi on the islet in the middle of the harbor. Less than 2 hours’ drive from Athens, Nafplio makes for an ideal day trip and is a hub for visiting archeological sites nearby such as Mycenae, Epidavros, Tyrins, Argos, Nemea and more.

Bourtzi Fortress at Nafplio
Built in 1473 by the Venetians, the fortress of Bourtzi is located on an islet in the middle of the harbor. Originally, it acted as part of Nafplio’s defences and had a mobile chain which connected it to the other fortress of Akronafplia with the purpose of deterring invaders from entering the harbor and the city. During the Greek Revolution, the Greek government briefly sought shelter here during the civil strifes. It was used alternatively as a prison, and between 1865 and 1935, the executioners of Palamidi used this fort as their residence. Subsequently, it was used as a center of the Greek National Tourism Organization and from 1960-1970, it was used as a hotel and restaurant. Today, the fort can be visited by boat.

Palamidi Fortress at Nafplio
The fortress of Palamidi stands on a hill overlooking the town of Nafplio and was built between 1711 and 1714 by the Venetians. It played a significant role in the liberation of the city in the Greek War of Independence when the fort was seized in 1829 from the Turks after a long siege. Every year, on 30 November, the anniversary of this victory is commemorated on the name day of Agios Andreas in the chapel in the fort. From around 1840 until the 1930’s, the fort was used as a prison where, at one time, Kolokotronis, the leader of the War of Independence was imprisoned. Today, the fort can be reached by stairs or by road and one can admire the eight imposing bastions, built one above the other and joined by a wall, and see the historic chapel of Agios Andreas and the water tanks still used to collect rainwater.
Notes & Clarifications
What makes us different?

"We did three day trips from Athens with Yannes, Nota, and Christina and they were all amazing. We also did the kids tour of the Acropolis with Petros — also amazing. The whole group shared their knowledge and love of Greek history and culture in a way that was as accessible and educational for our 8 year old as it was interesting and enriching for us. I didn’t think about logistics once (including when I left our passports in our hotel safe) and the team worked flawlessly to get us from place to place with ease and enjoyment. We ate great meals in beautiful locations, watched sunsets and learned so much! I recommend Athens Insiders highly!!"

My two girls ages 10 and 6 thoroughly enjoyed our tour of the Peloponnese arranged by Athens Insider and hosted by Alex. Alex picked us up in Athens in the comfort of a private mini-van offering us tasty Greek treats as we drove to Corinth, Acocorinth and on to Nafplio on the first day. Nafplio is a charming venetian style port town with lots of lovely restaurants and shops. Alex introduced us to some wonderful Greek seafood dishes, local wine, desserts and was very patient in helping my girls buy "Greek style dresses" and mythology books. [...]'' 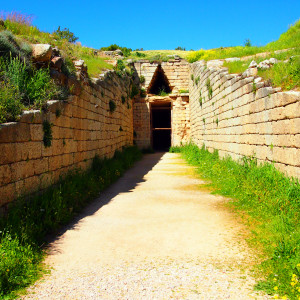 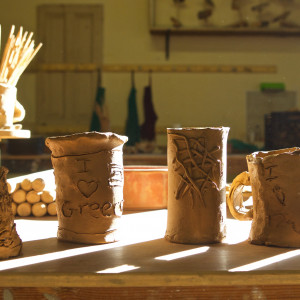 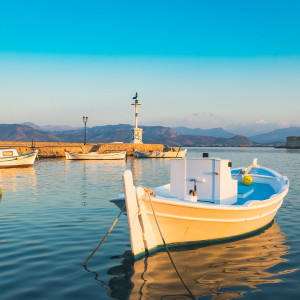 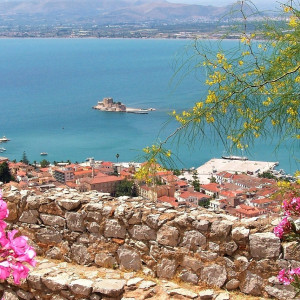