We follow in the footsteps of Apollo and Dionysus and discover the ancient theaters of Central Greece, on a cultural route that starts from Eretria and ends in Delphi.

Starting with the ancient theater of Eretria, we notice that it does not rest on a natural hill, as is the case with the majority of Greek theaters, but on an artificial semicircular mound. Very rare, too, is the underground passage that connected the building of the stage with the orchestra, characteristic of Roman theatres. Its first construction phase dates back to the end of the 4th century BC, the second around 300 BC., and its third and last reconstruction is placed in Roman times (after 198 BC), when it was probably, like most ancient Greek theaters, converted into an arena for secular spectacles. The important religious events for the city of ancient Eretria were the feast of Dionysia and Artemisia. 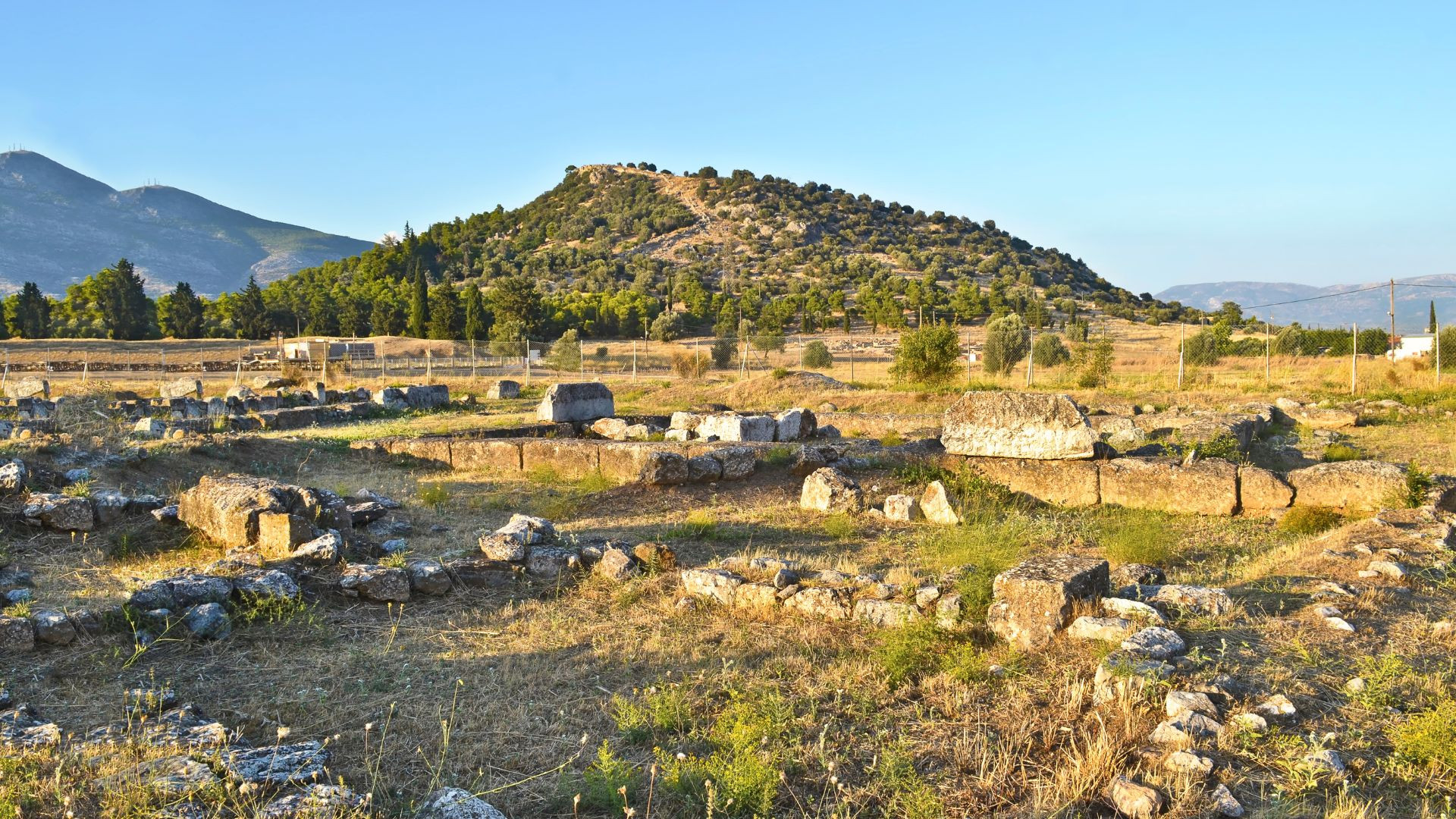 With the imagination traveling to the sounds of ancient dithyrambs, i.e. hymns dedicated to Dionysus, we depart from Eretria and Evia with the next destination being Thebes, to meet, in less than an hour's drive, another ancient theater unknown today. Outside today's town, following a dirt road, to the left of the country road to Livadeia, we reach the theater - the execution room of the sanctuary of Kaveri, a place that has spent centuries of solitude. A good reason for the intellectual traveler to consult books and read about the ancient mystery cult of the Caveri.

We are already at the foot of Helicon, the mythical mountain of the 9 muses. The stage and proscenium of another theater in the Valley of the Muses were once exposed, but have now been filled up. The whole mountain, however, remains a welcoming destination. Especially now in autumn, its eastern side stands out, full of oak forests shedding their leaves.

The nearest first stop is in the unspoiled tourism village of Evangelistria. From there, the inland route to Agia Anna will vindicate any passionate nature lover ready to move, in part, on deserted dirt roads between oak forests. Afterward, the paved roads of Central Helicon make exploring easy, and depending on the mood and the weather we can in just half an hour be at beaches and picturesque ports of Corinth, such as Ai Giannis, or in the fir trees, such as in Arvanitsa. Its taverns promise quality meat and its guesthouses an overnight stay in absolute silence and fresh mountain air. 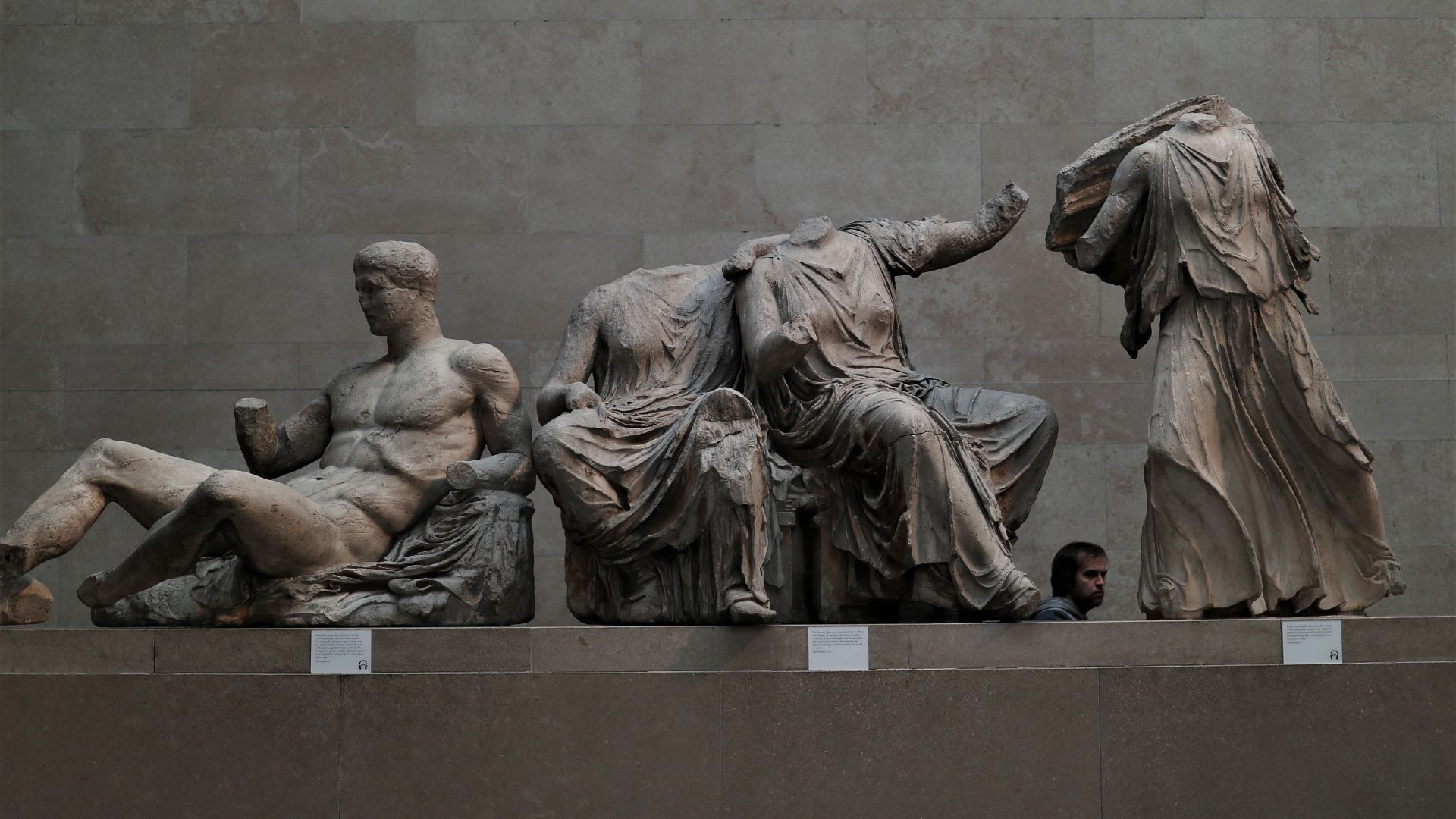 The foothills of Helicon touch the fertile plain of Kopaida (created by the drying of the lake of the same name between 1880 and 1930), which mediates between the mountain and Orchomenus. The Hellenistic theater of Orchomenus is another important stop in Boeotian antiquity and in the 4th c. e.g. This theater together with the Treasure of Minyus (the vaulted tomb of the 13th century BC) and the Byzantine church of Panagia tis Skripos (873-874 AD) create a very interesting archaeological park today. Which comes to life every Sunday and on all holidays, as Panagia Skripou is the parish church of the district of the same name and functions normally. Orchomenos and Thebes have been two of the most important centers in Boeotia since prehistoric times, and the constant competition between them for dominance is recorded throughout ancient times.

At a distance of one-quarter from here, we find the ancient theater of Chaeronea. Sculpted from the beginning on the rock, with the ravages of time but always with the same material, the theater becomes one with the stony hillside and the walls above, while the lower part is still buried awaiting future excavations. Very close, on the main road, the imposing Leo of Chaeronea cannot be overlooked. The marble lion has been erected over the burial area of ​​the soldiers, who fell one by one in the battle of 338 BC.

The trek continues in the shadow of Parnassos now, with the next destination being Delphi and Phocis. Arriving, a stop at Castalia Spring is mandatory. Its water comes from the imposing rocks of Phaedriades and according to ancient tradition, it gives inspiration to whoever tries it.

Strabo had described the landscape of Delphi as a "stony theatre-like space", "the great amphitheater of the Phaedriades" was added hundreds of years later by the crucial French archaeologist Theophile Homolle. Poetry, music, theatrical contests, and religious festivals have watered over the centuries this masterfully sculpted slope of Parnassus. The ancient theater of Delphi is located inside the Sanctuary of Pythian Apollo and was naturally connected to the worship of the god. It was originally built with local limestone in the 4th century. BC, but its current form dates back to the 1st century. A.D.

Delphi is inexhaustible, a place worth returning to again and again, in all seasons of the year. They may be overrun with tourists mainly in summer, but autumn and spring are the best times to walk for hours on ancient streets. Even for hiking on trails like the one that starts from the village of Delphi and takes 4 to 5 hours to reach the Cave of Korikeiou Andros.