8 destinations near Athens for a quick break from the city

Let’s celebrate summer in the Saronic Gulf and the Cyclades, in the Ionian and Peloponnese!

We selected 8 fabulous locations near Athens, that are ideal for a quick break from the city. Pack your bags, and get ready to dive into the marvelous Greek waters! 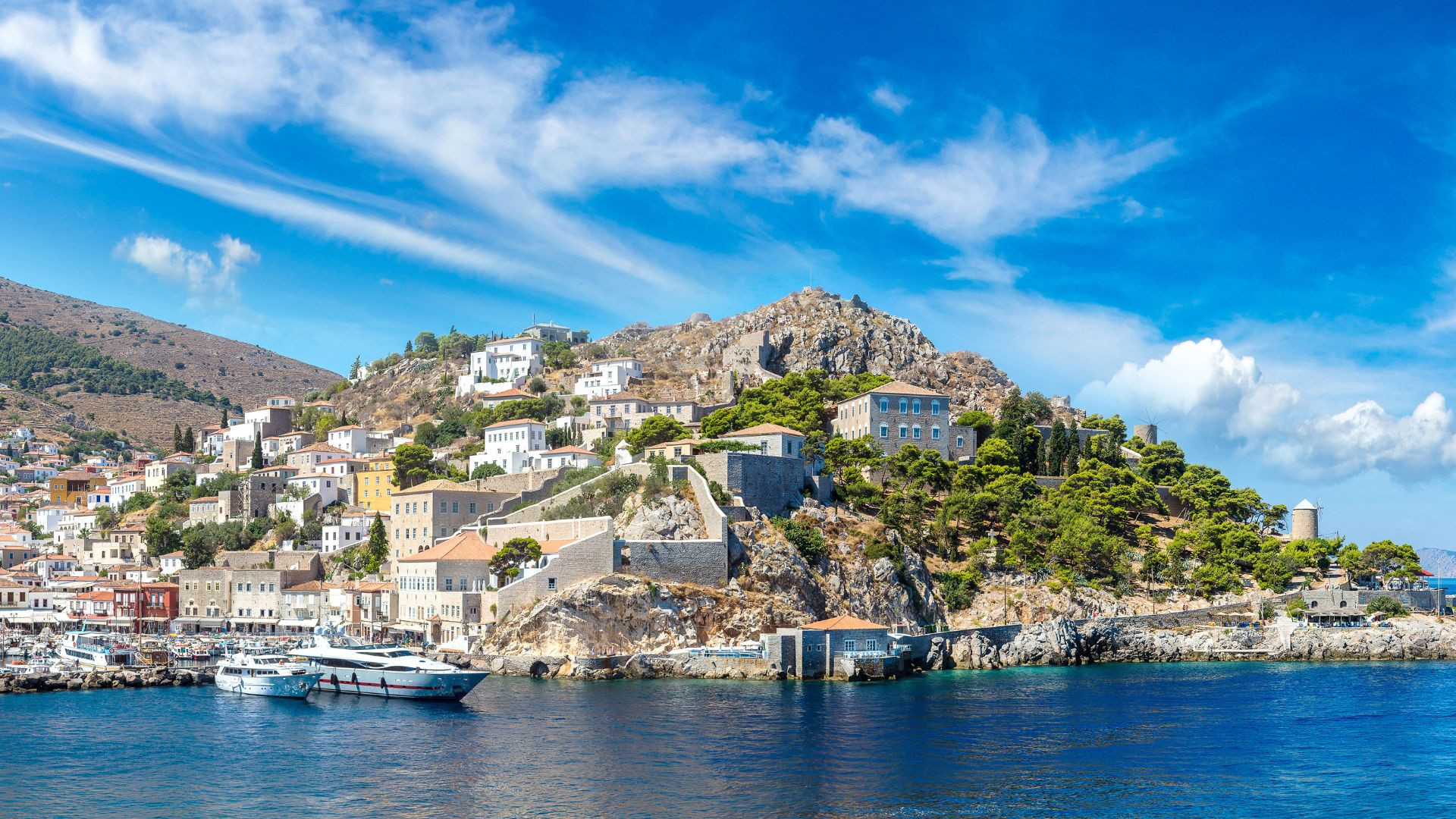 Unique in every way, Hydra is an island without cars, and noise pollution, with clean air helping you to cleanse yourself of urban toxins. It is famous for its artistic physiognomy and the artistic events of the summer (such as the periodic exhibition with photographs by Robert McCabe from Hydra of '50 -'60 in the Historic House of Lazaros Koundouriotis and the exhibition of works by Jeff Koons in the old slaughterhouses of the institution TAKE), the city full of monuments and landmarks, the inland hiking trails (like the one that leads to the church of Agios Mamas), the nearby and distant beaches that surround it. 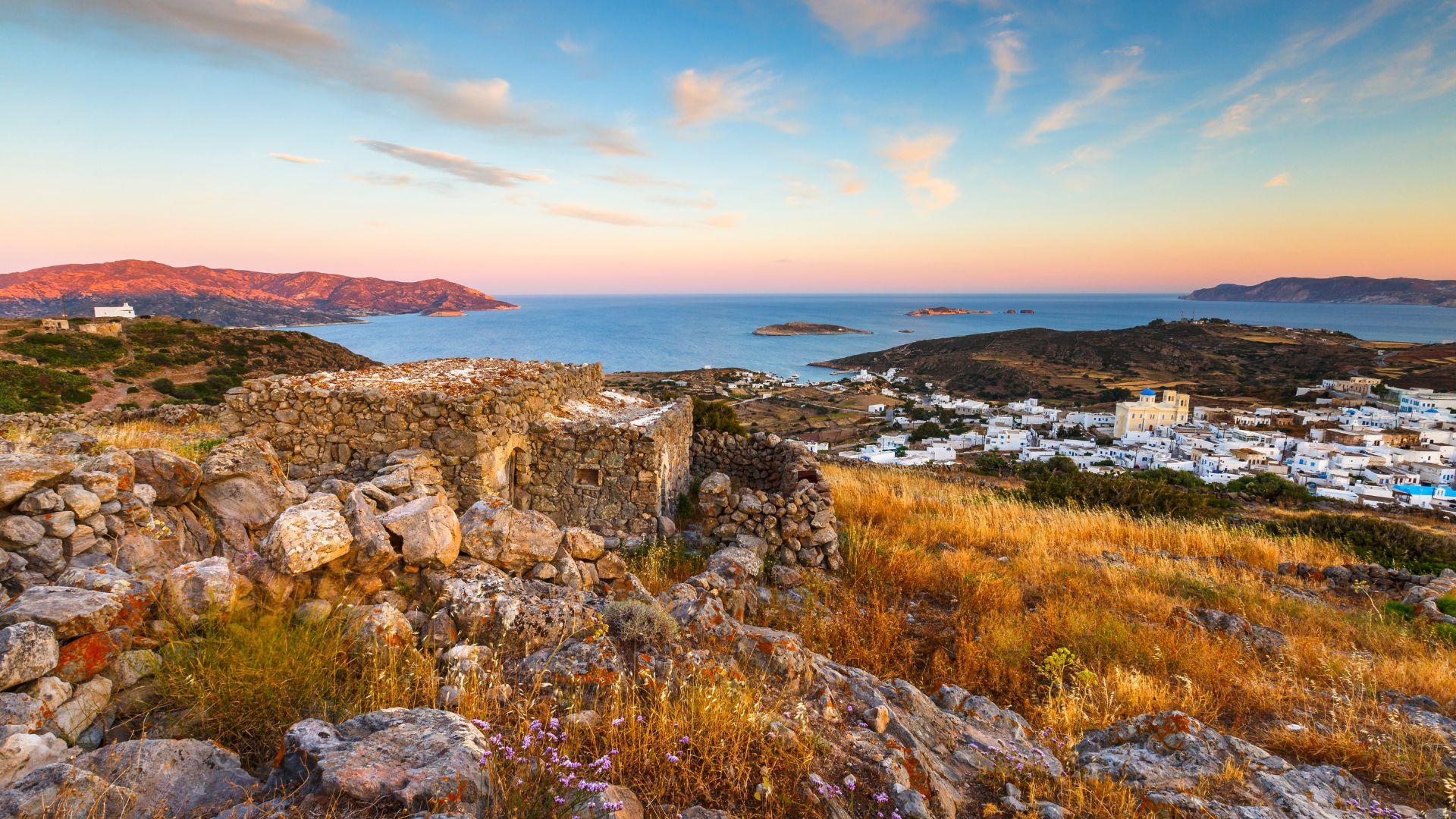 In the town of Kimolos, which is called the Village, the tour becomes a game. The settlement has been mapped with five routes in which colorful turtles guide the visitor. You will find the map at the entrance of the Village. For swimming, be sure to go through Kalamitsi, a sandy beach with tamarisk trees, in front of a sea with crystal clear waters. When it gets dark, enjoy some of the screenings of the outdoor mobile summer cinema "Kalisperitis", which are organized in various parts of the island. Do not leave Kimolos if you do not try “ladenia”, a local dish that looks like pizza, but consists only of dough, olive oil, onion, and tomato. You will find it in bakeries and taverns. 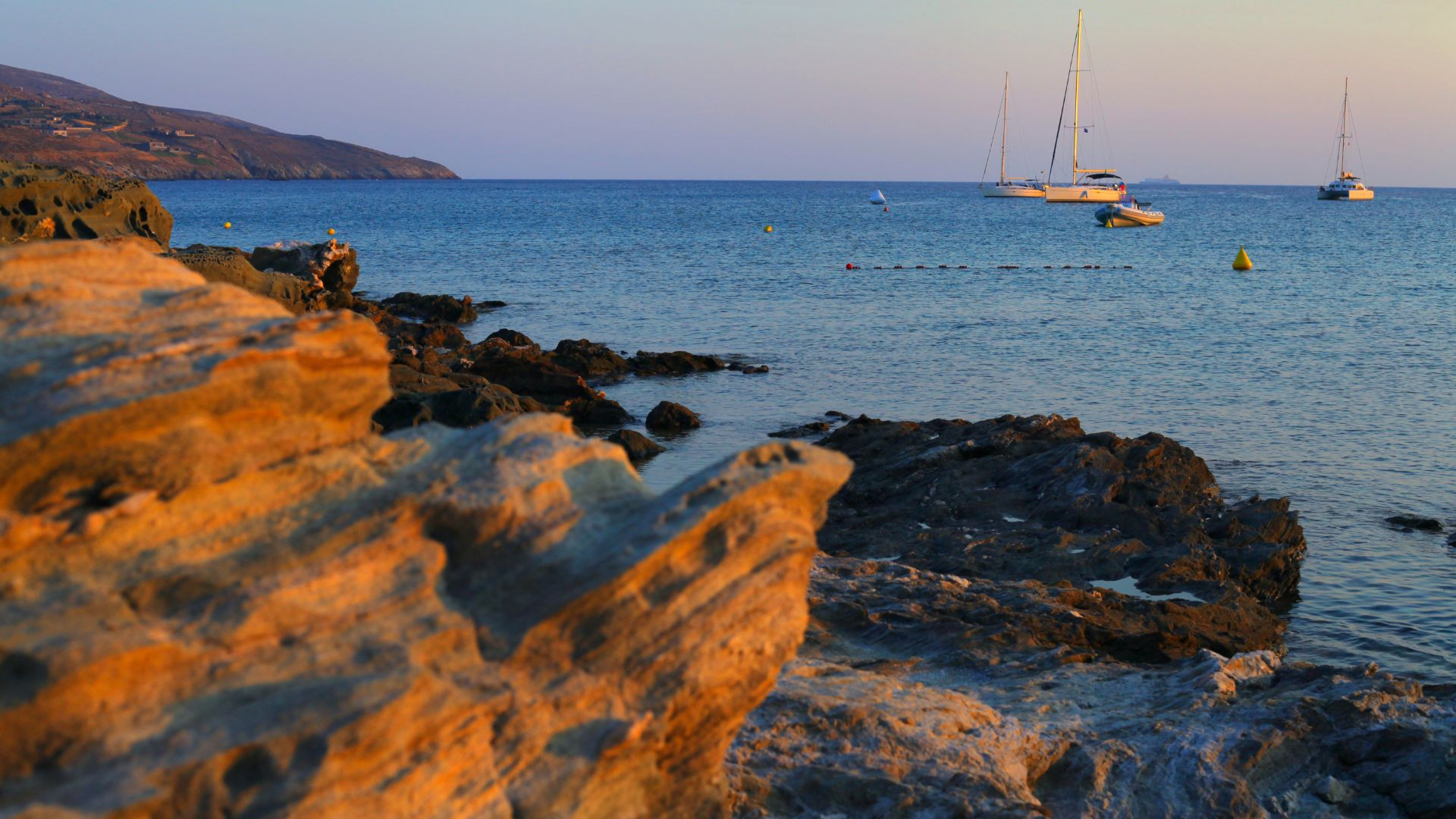 It is the closest Cycladic Island to Athens, a beautiful and tame place, which holds surprises on land and sea. If you are interested in history, go through the Archaeological Museum and the stone Leo in Ioulida, but also from the ancient Karthea, where you will reach on foot from the place Stavroudaki (40΄). Diving lovers could look for the bottom of the motorized ship "Patrice" (advanced level), but also the "British", sister ship of the "Titanic", and the French ocean liner "Burdigala". Do not leave the island if you do not buy honey, capers, wine, fresh milk, creams, cheeses (from sour to dry cheese), cookies with acorn, and amazing ice cream. 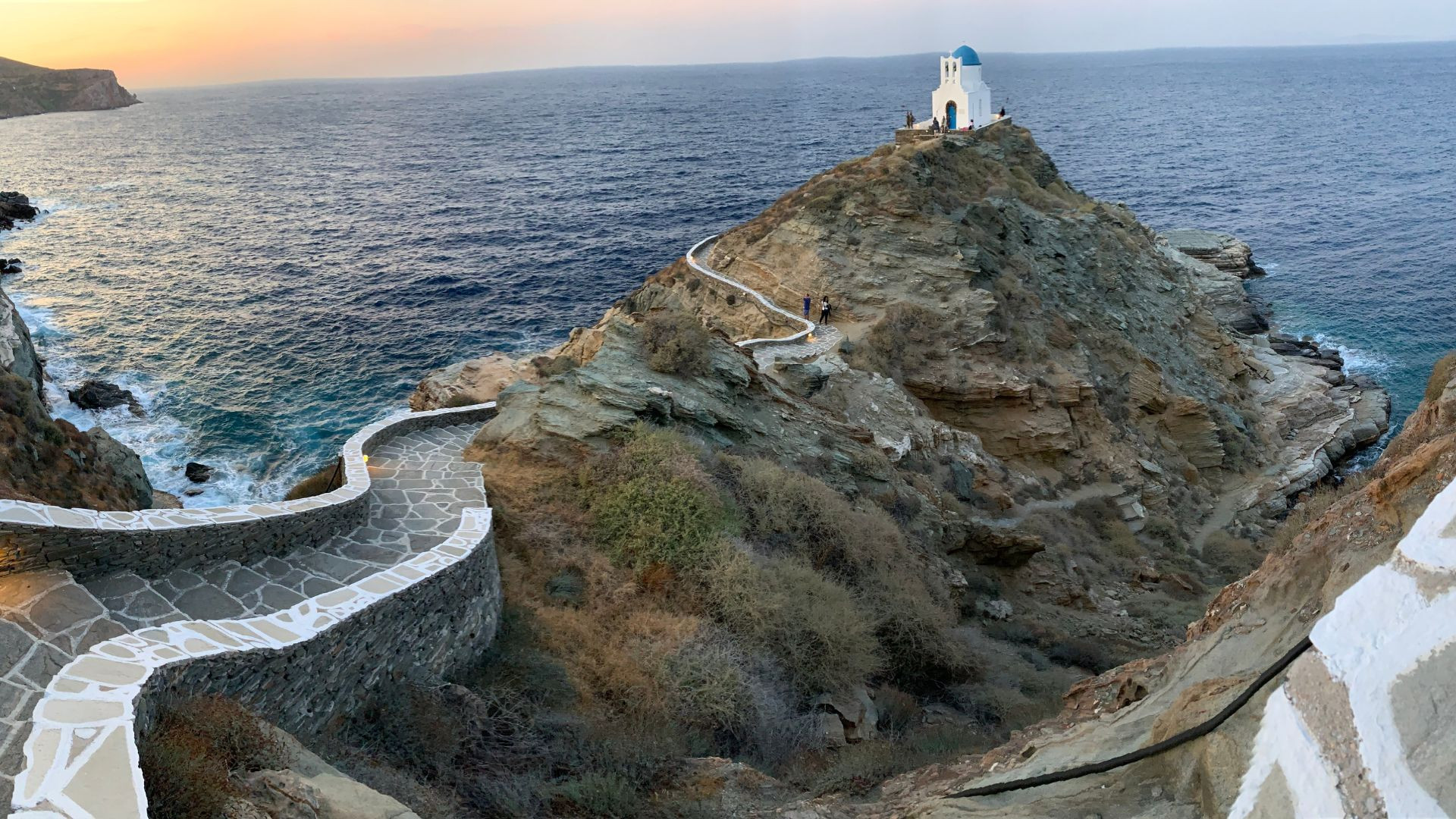 It is famous for its potters and revitalization, but Sifnos has other travel lures. If you love hiking, one morning, before the sun rises too high, follow the paved path from Glyfos beach, below the lighthouse, which leads to the beach of Chrysopigi, Apokofto. It is short, passing by the loading stairs of the old mines and Agios Charalambos. Otherwise, the church of Eptamartyron is surrounded by sea and is the most photographed spot of Sifnos. Combine it with a walk to the Castle, the old capital of the island, with its charming alleys. You will take a photo for many likes at Kamares beach, at sunset. The bathers leave early and you will enjoy it almost alone. 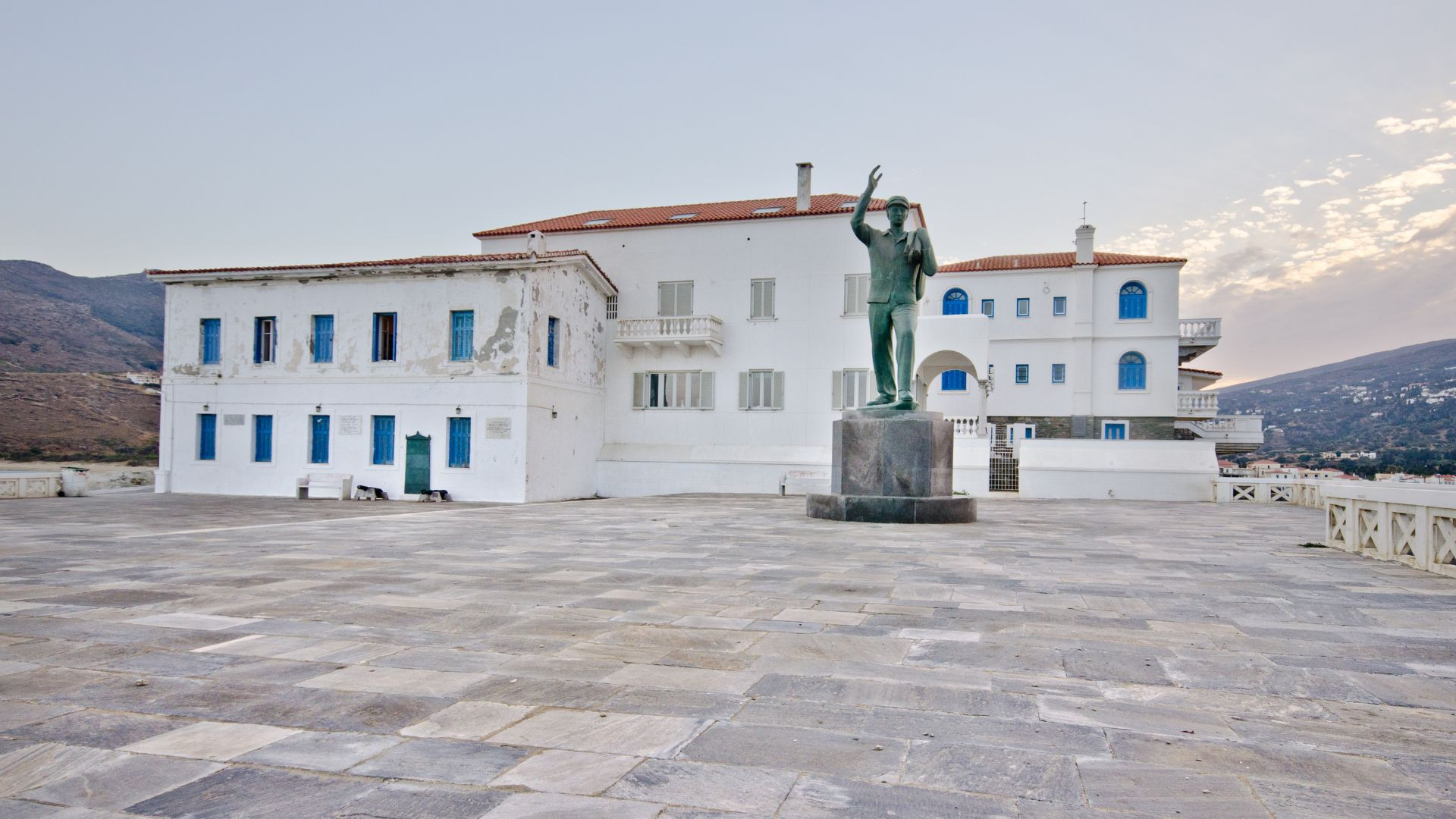 Andros - Summer in the Sand

Andros is a large island, full of sandy beaches with clear blue, crystal clear waters. From Zorkos and Vitali in the north to Achla and Gialia in the east. Also note the famous beach of Tria Gria the leap, Syneti, and Paraporti. Almost no beach is organized, so take care of the essentials (umbrella, water, etc.). Apart from the dives, it is worth wandering in the Andrian town: it is built on a peninsula with the sea to the right and left and in this part of it no vehicles are allowed, while the main pedestrian street gathers the sights and all the commercial traffic. To the left of Chora, almost glued, is Nimborio, a large bay, full of landmarks of rich Andrian history. 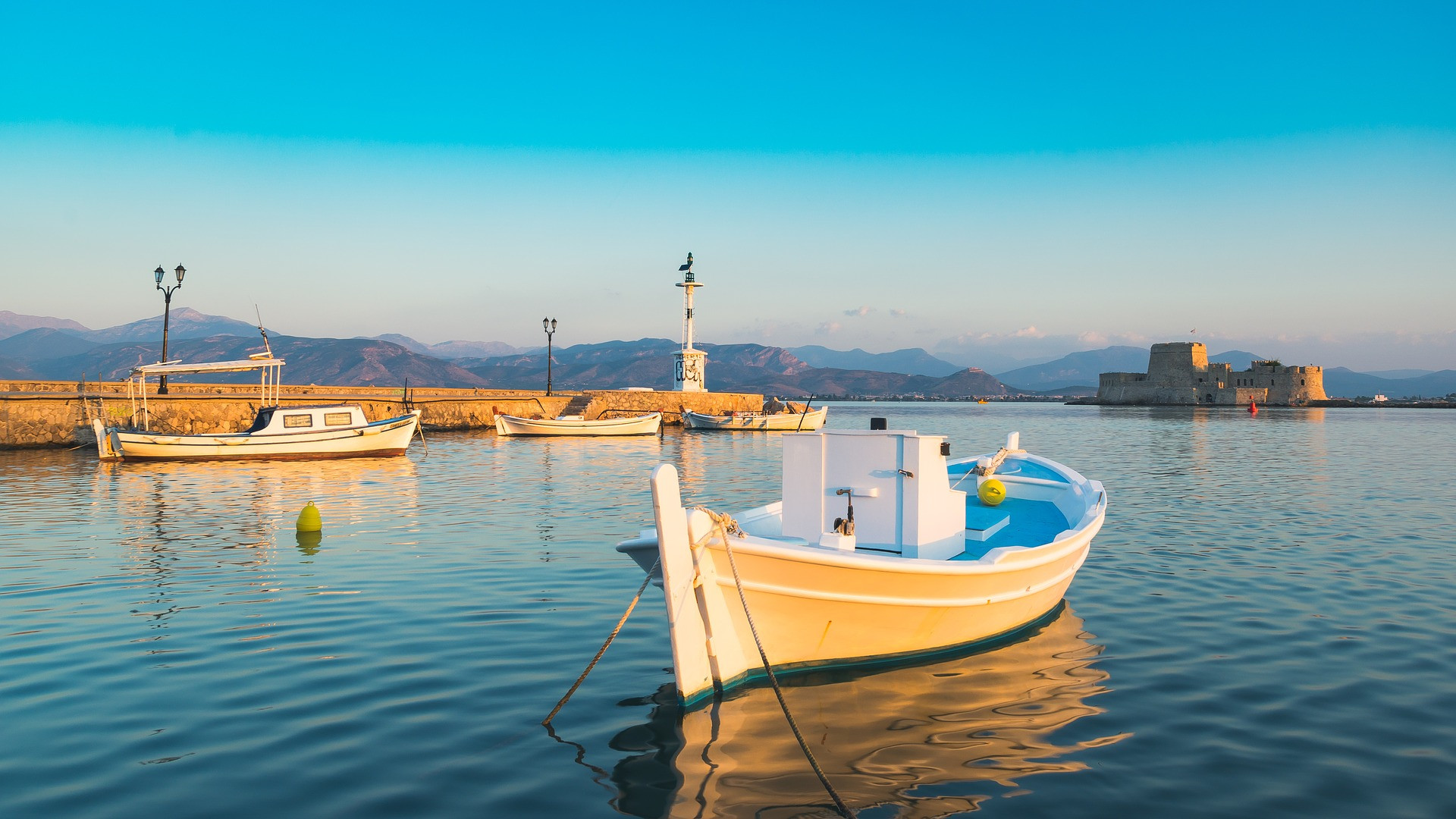 A typical day in Nafplio has walks, on foot or by bike. You will walk through the narrow streets, you will climb the stairs that lead to Ano Poli and the neighborhood of Psaromachalas, you will shop from tasteful shops and you will read in the buildings around you the whole history of Nafplio since ancient and Venetian walls coexist with mosques. Buildings and marble lions with ottoman fountains in Venetian style. The buildings that will catch your eye narrate a time when the modern Greek state was first created and there were spectators in some of the most important events of modern Greek history. The Parliament in Syntagma Square, for example, was the first Greek Parliament, in Agios Georgios Othonas was anointed Orthodox before being crowned king and in Palamidi Kolokotronis was imprisoned, accused by the Bavarian regents of treason. 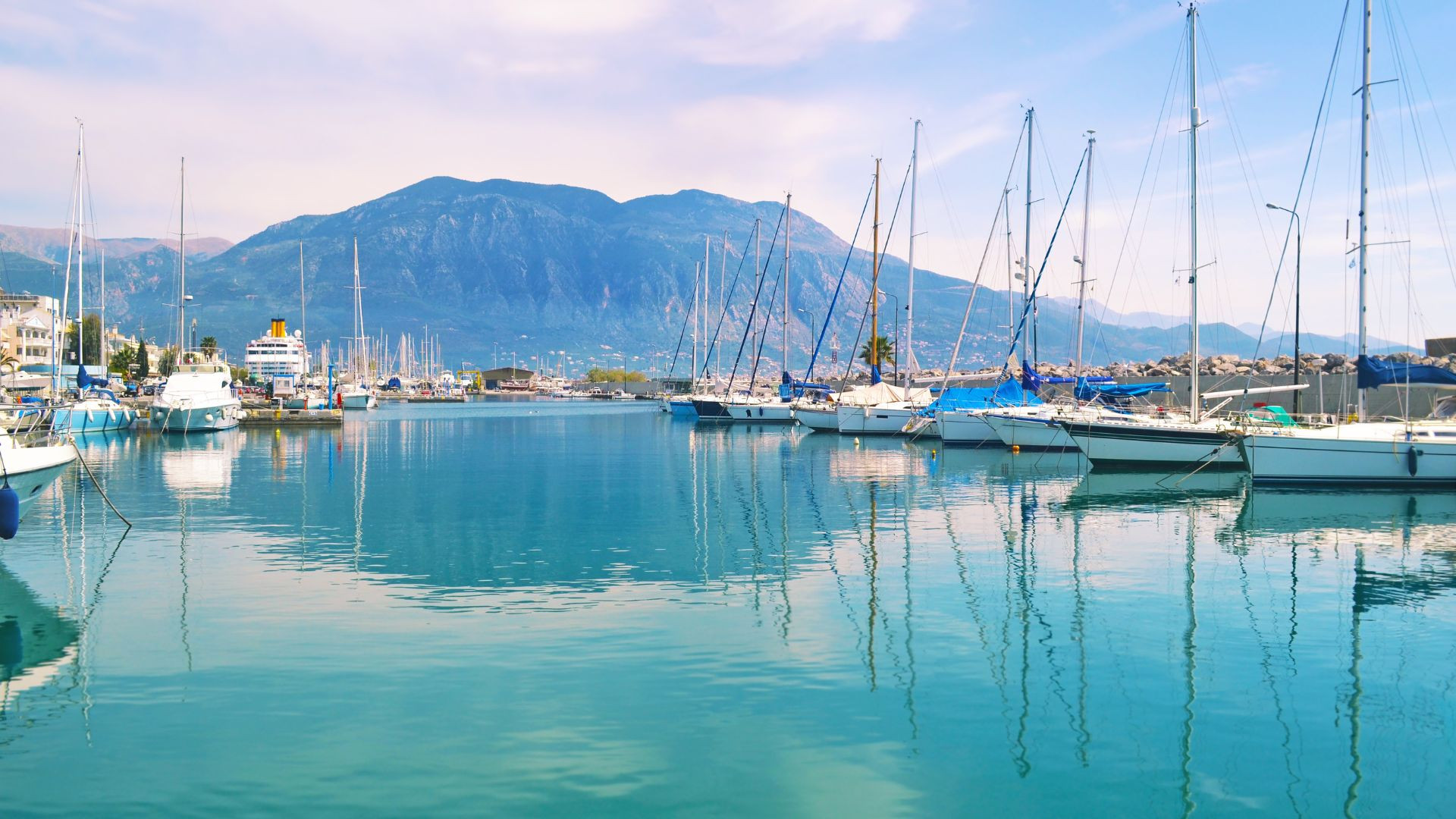 So small that after a day you do not need mobile browsing, but so interesting that you want to come back, Kalamata is a city that in recent years is becoming more and more prominent. Start your walk from the Castle and continue to the church of Ypapantis. Just below starts the historic center, with its narrow alleys and numerous shops. See the small church of Agios Apostolos in front of the Archaeological Museum and continue on the noisy pedestrian street of Aristomenous, which will lead you to the huge central square with its many cafes. From there, if you continue south towards the sea, you will find the Railway Park, a large green area with ponds, a playground, and trains. In the open-air museum, in front of the old train station, you will see steam-powered trains and wagons dating from the late 19th century. Cross the park vertically and at its southern end, you will start to see the sea. The beach of Kalamata has a long length and is a meeting point for locals and visitors, for walks and cyclists. 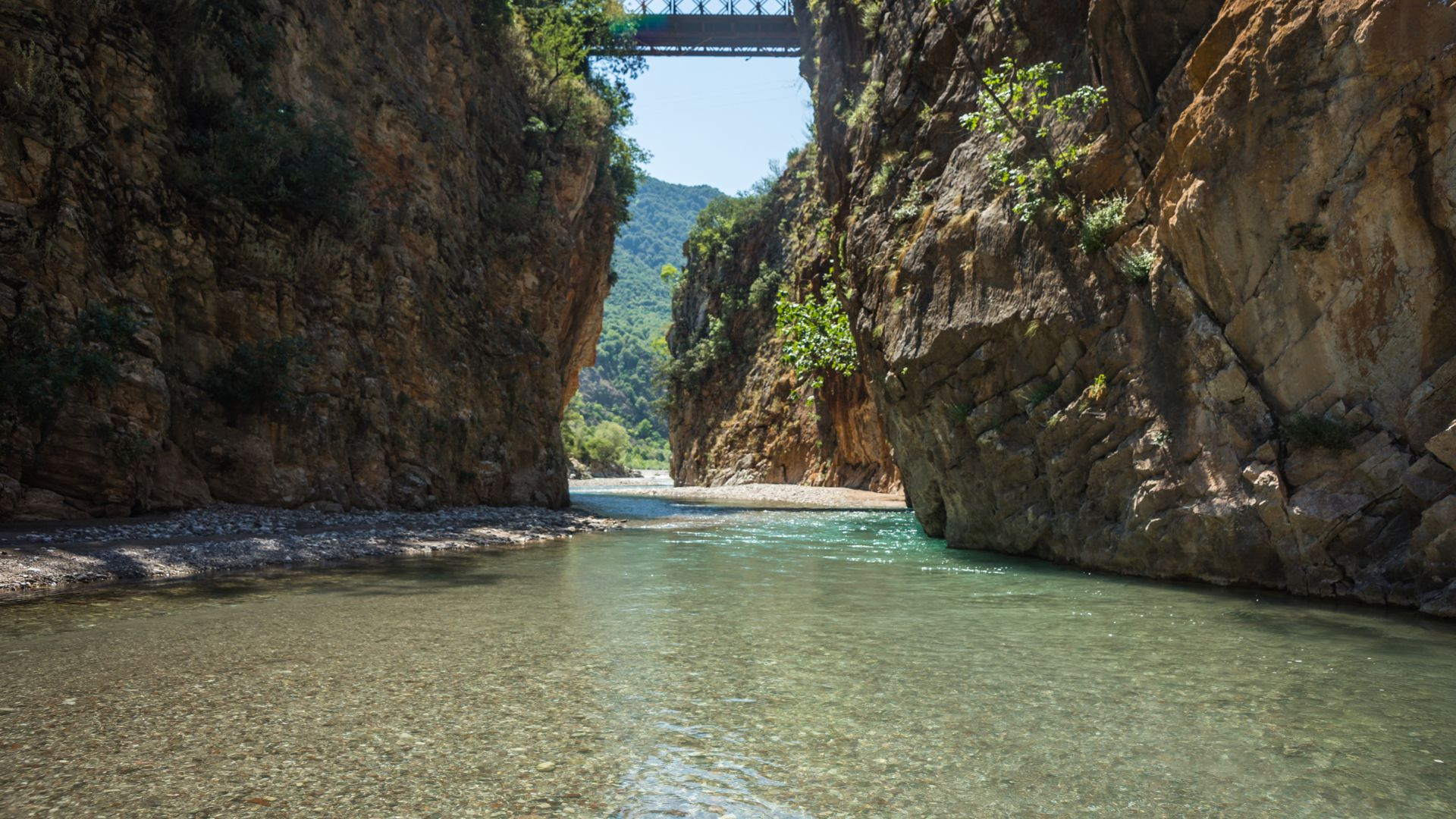 Evrytania - From Rivers to Lakes

Evrytania’s strongest suit is hands down, its nature. Panta Vrechei gorge is the most famous natural attraction, but it is not the only one. It is worth discovering the rest, with the help of guides who work in the offices of outdoor activities in the area. Starting from Karpenisi in the direction of Prousos, stop at the place Klidi, where nature and development become one, with the dug rock creating a kind of "hat" to pass the road below. Next to the Karpenissiotis river, around plane trees and holly trees. Below are Dipotama (where Karpenisiotis and Krikelopotamos join, forming the Trikeriotis river) and even further the Monastery of Prousos, one of the strongest pilgrimage destinations in Greece, built in an idyllic location, with deer, roe deer, and wild boar. in the surrounding area. Continue with a river walk on the banks of Trikeriotis and stop at Tsagaralonas, overlooking Lake Kremasta, the largest artificial lake in Greece.