Here we will suggest six ideal destinations near Athens to get away from the city for the long August 15th weekend.

Let’s have a closer look into the countryside, have a picnic by the seashore, and take dips on the beautiful beaches. 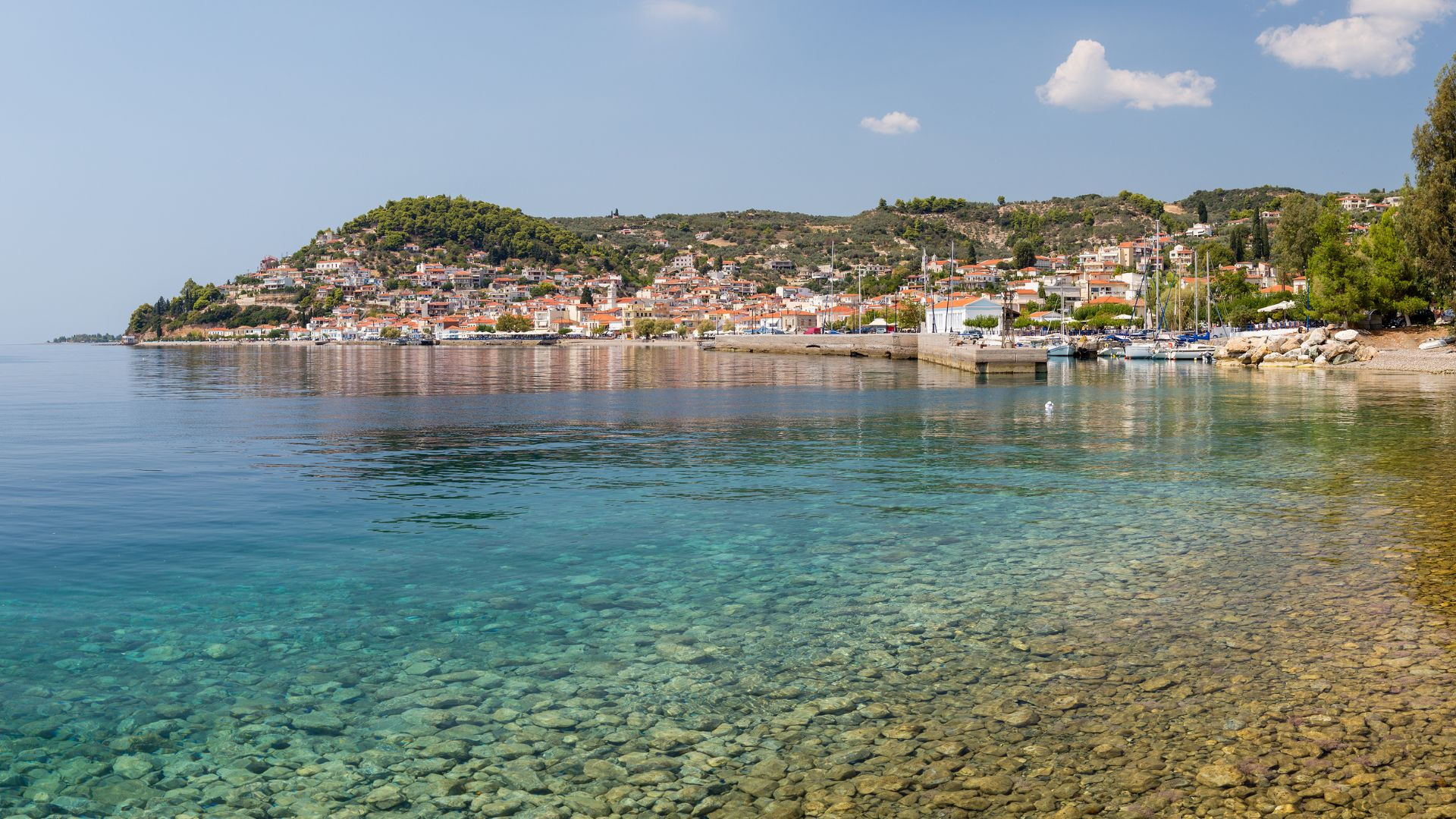 The second largest island of Greece is everything you need to celebrate a weekend in August. In addition to its beautiful capital, Chalkida, which is an ideal destination even for a one-day excursion, both in its northern, central, and southern parts, you will find interesting settlements and magical landscapes. Kymi, located on the eastern coast of the prefecture, with its beautiful beaches, is also a must.

The beautiful Nafplio is located close to Athens and is one of the classic destinations for a perfect long weekend. Take a walk to Trion Navarchon square to admire the imposing City Hall of the city and course to the so-called Akronauplia and Palamidi, which offers a shocking view of the city and the fertile Argolis.

A "must" attraction is also Bourtzi, which stands gracefully in the middle of the sea, on the island of Agioi Theodoros and you can visit it by boat from the Nafplion waterfront. At a distance of a few kilometers from Nafplion, you will find fishing villages that have evolved into secular tourist resorts, such as Tolo, Vivari, Porto Cheli, and Ermioni. 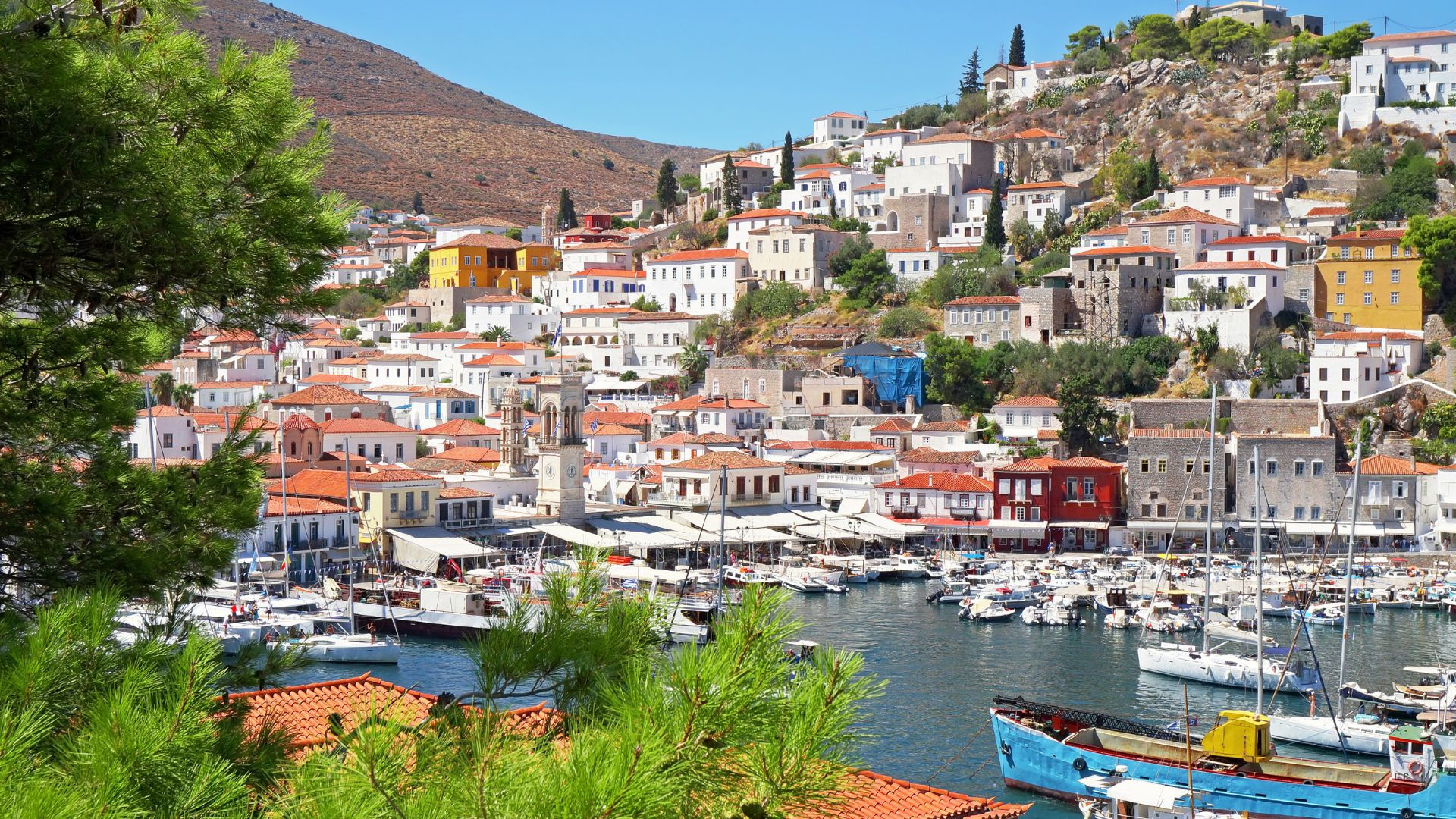 The "mistress" of Argosaronicos is a must for you, who don't love driving but traffic, love fresh fish and seafood, and want to relax. Take a stroll through the picturesque alleys of the island and forget about the honking, since here the only means of transport are donkeys, boats, and your feet.

The picturesque town of the island is built amphitheatrically in the north, while to the right and left of the entrance of the port, there are the Bastions with cannons, which formerly protected the settlement. Hydra can be reached by flying dolphin, daily from the port of Piraeus, in an hour and a half, or by car from Athens in about 2 hours and 45 minutes. If you want to go by car, from the National Highway of Athens - Corinth, turn left towards Epidaurus and follow the signs for Galata. 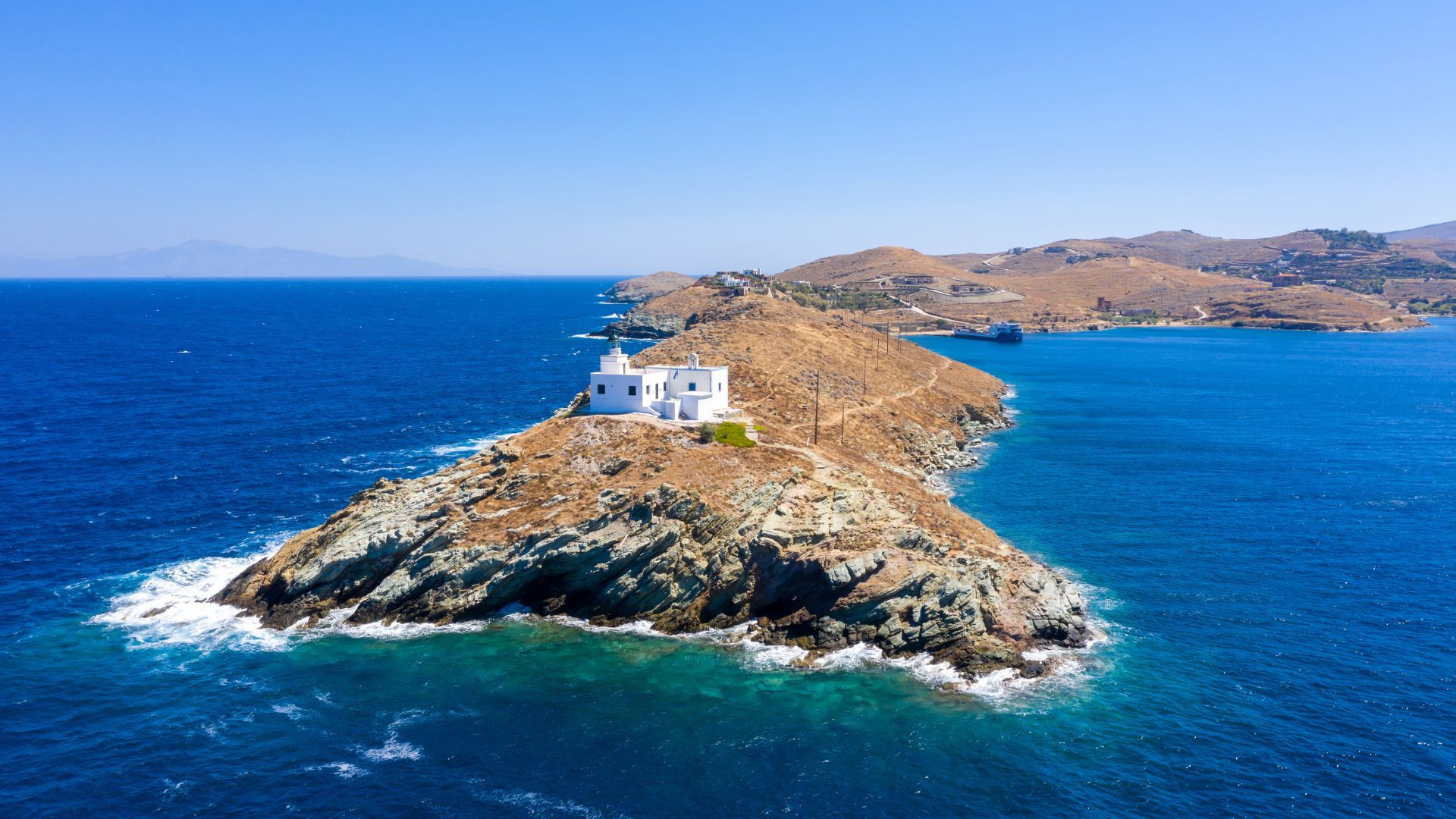 Just one hour from Athens lies a cosmopolitan island that offers tourist options and nightlife. A great idea for swimming is to head north to Gialiskari, a beach with golden sand and blue waters. Then enjoy your ouzo in Voukari, a traditional fishing village, which is a popular destination for sailors and yacht owners.

A nice walk is to the prehistoric settlement of Agia Irini, which was of decisive importance in the history of the Aegean civilization. From here, you will also see the famous street of Lambros Katsoni, while a little further on is the lighthouse of Agios Nikolaos (1831), the first to operate in the Cyclades and the second in Greece. 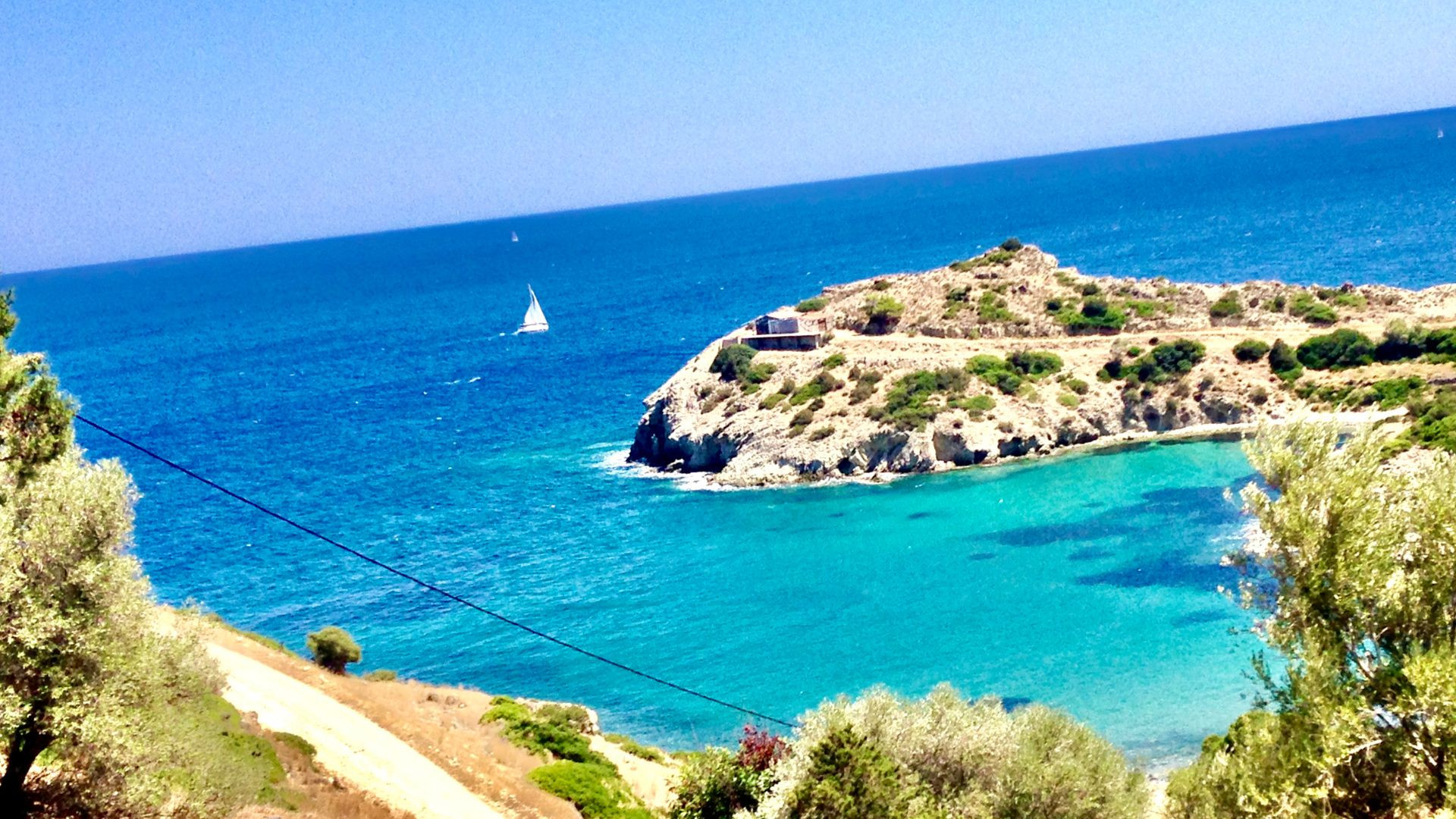 A stone's throw from Piraeus, is picturesque Aegina, an ideal destination for families and couples. Enjoy your coffee at the port of Perdika, swim at "Klima beach” and in the afternoon hike the hill of Paleochora with its small churches and amazing view.

The port and the coastal area of Aegina are also worth a stroll, with traditional carriages waiting to take you around the island. Don't forget to visit the fish market and its traditional ouzo and “meze” places, to enjoy fresh fish and traditional Aegina food.

Finally, before you leave, buy pistachios. They are the best worldwide and have a Protected Designation of Origin (PDO). The variety of Aegina pistachios is called "Koilarati" and has been cultivated on the island since 1860. 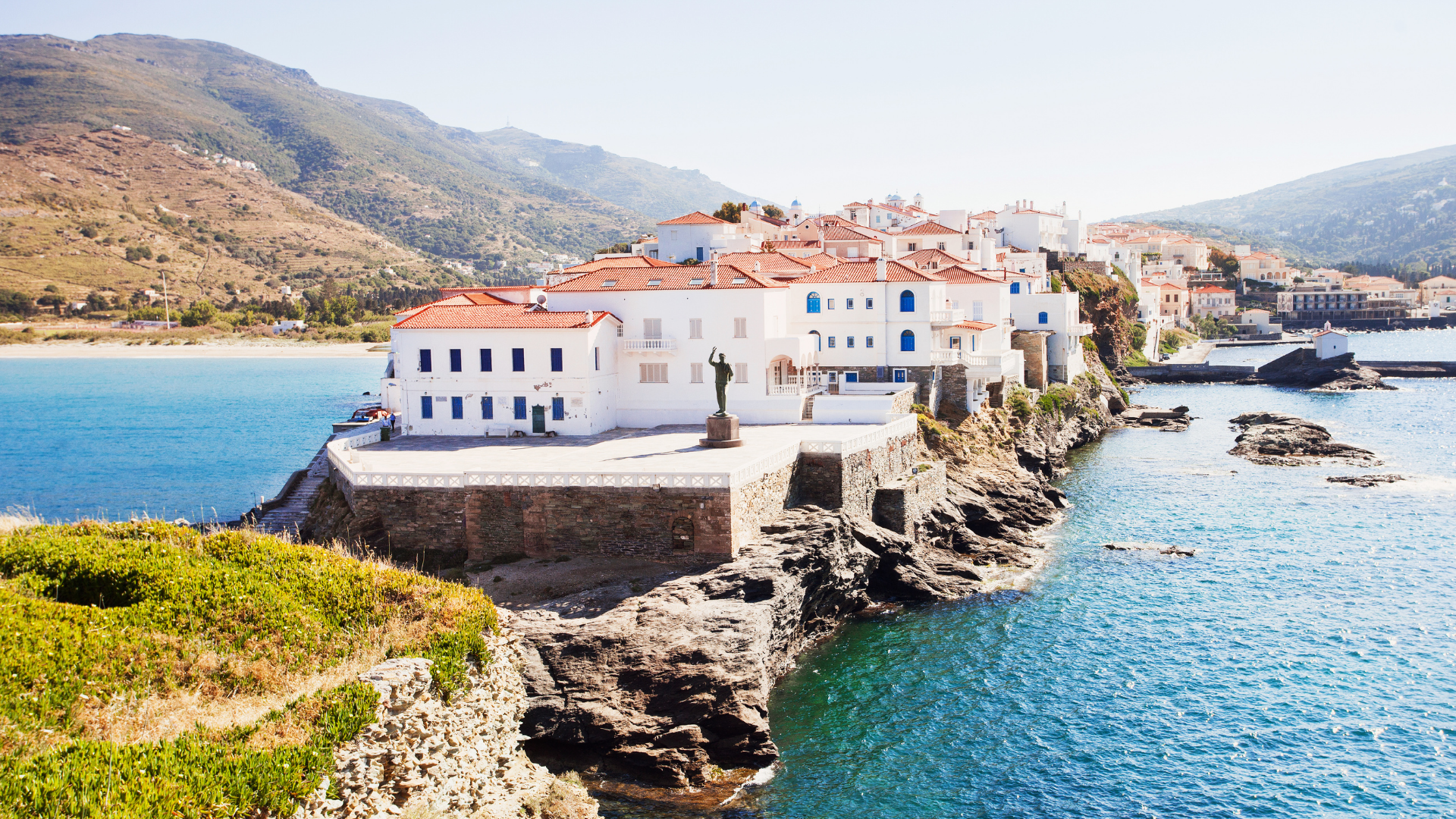 The greenest island of the Aegean offers many options for travelers. Waterfalls, greenery, canyons, and slopes full of vegetation and all this not even two hours away from Athens! Take your walk in the picturesque Chora of Andros that stands out, without looking particularly like a Cycladic capital.

The shipbuilding past of the island, the wealth, and the good taste are reflected in the neoclassical buildings with their green courtyards and the houses of the captains. The most beautiful beach on the island is Achla.