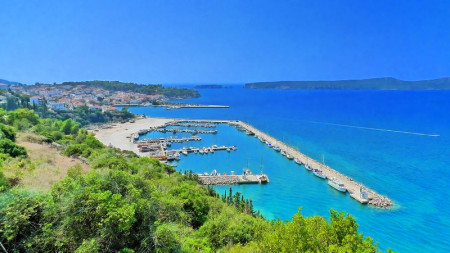 The battle of Pylos (425 BC) is highly reflective of the more aggressive strategy undertaken by Athens and its new leader, Cleon in terms of raiding on the coast of Peloponnese during the Peloponnesian War.